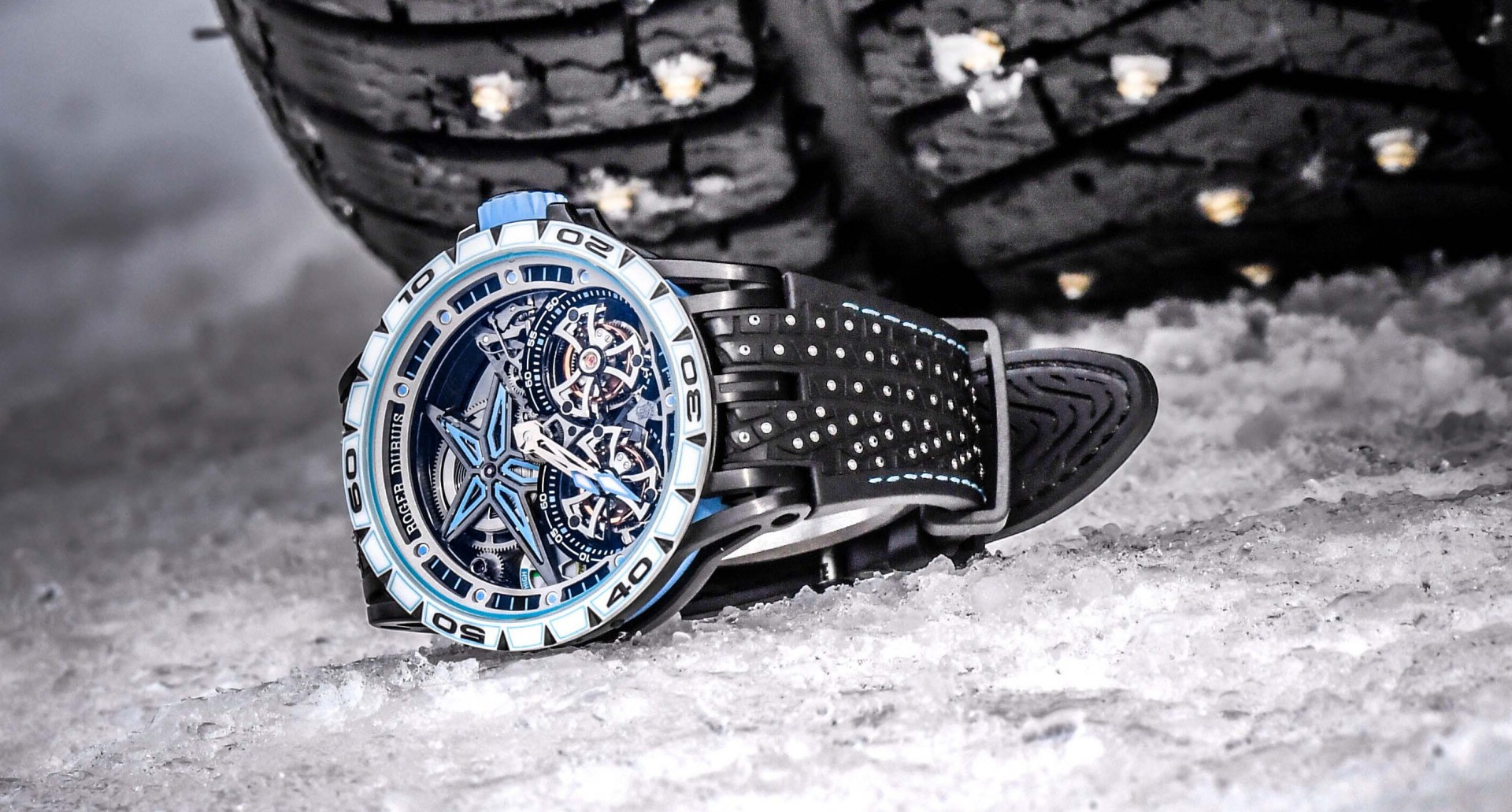 Last year had Roger Dubuis establishing itself in the automotive world, teaming up with Lamborghini Squadra Corsa and tyre manufacturer Pirelli. In tribute to the high-octane arena of fast cars, the collaborations debuted the Lamborghini Squadra Corse Selection and the Pirelli Selection, each featuring race-car inspired movements and straps inlaid with the same rubber used in Pirelli racing tyres.