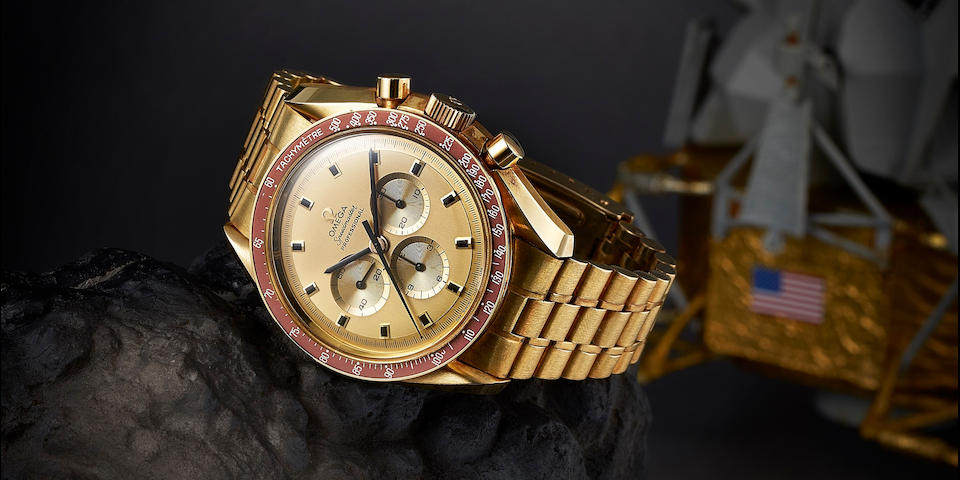 Style
Jon Wall
Editor-in-Chief
Sign up to get the latest luxury and lifestyle news delivered to your inbox.

The current spate of auctions of important watches continues into June and beyond with Bonhams Hong Kong’s sale, The Centennial Collection: 100 Years of Timepieces. Billed as “Asia’s largest collection of multi-brand timepieces ever offered at auction”, the sale — which begins with the Hong Kong Watches 2.0 auction on June 12 and continues with further sales throughout the year — includes more than 1,000 fresh-to-market pieces that date from the 1920s until the present day, at estimates ranging from an extremely attractive HK$3,000 into the millions.

The June 12 auction comprises more than 600 items, ranging from watches and clocks to pens and point-of-sale paraphernalia, all of which will be on public display from May 31 until June 12 in the Bonhams Hong Kong Gallery at Suite 2001, One Pacific Place. And from this incredible assemblage, which includes names such as A. Lange & Söhne, Heuer, IWC, Longines, Omega, Patek Philippe and Rolex, we’ve selected the following five watches that especially caught our eye — and which we hope will pique your interest, too.

Yes, we know that bejewelled Rolexes in precious metals are terribly infra-dig among the cognoscenti these days, but somehow we can’t help coveting this wholly OTT GMT Master II. So what if you can’t get hold of a steel one for love nor money? Show them you don’t give a hoot by flaunting this baby on your wrist. Estimate: HK$550–$850,000.

In a substantial 48mm platinum case, with a three-dimensional skeleton dial that permits visual access to its fourcoaxial main barrels and double tourbillon carriage, this fabulously complex and exquisitely made timepiece could hardly serve as a better expression of the contemporary watchmaker’s art. Estimate: HK$1.8–$3 million.

Quite how Patek managed to squeeze a minute-repeater and a tourbillon into a 37mm case beggars belief. What’s no surprise, however, is that in spite of its white-gold officer-style case and black-enamel dial (which in some lighting appears almost blue), this rare three-hand watch is exquisitely pure and elegant in appearance, and reveals its tourbillon — at six o’clock — through a glazed case back. A case-side slide operates the dual-hammer minute repeater, which can delicately chime the hours, quarters and minutes. Estimate: HK$2.3 – $2.8 million.

Lot 1084: Oversized Stainless-steel Military Wristwatch, by A. Lange & Söhne, Circa 1941

The word “oversized” is hardly sufficient to describe this rare and enormous — as in 55mm diameter — watch that was issued to German Luftwaffe pilots in World War II. Designed to be worn over a flying jacket, it was also fitted with an extra-long strap and features an oversize crown that could be adjusted while wearing gloves. Its movement also surrounded by an iron core, rendering it antimagnetic. Aside from the considerable patination on the hands and dial and, of course, its considerable heft, the design of this arresting timepiece could almost be contemporary. Estimate: HK$60,000–$120,000.

Given the impending 50th anniversary in July of US astronaut Buzz Aldrin’s Moonwalk, during which he wore his official-issue Omega Speedmaster, what could be a more appropriate purchase than this yellow-gold, limited-edition commemorative Speedy, which was issued in the same year? We’re huge fans of Omega’s chrono in any case, but this one takes our breath away. Estimate: HK$130,000–$260,000.

For Chanel J12’s 20th Anniversary, Fun is the Order of the Day

Lights, Sound, Action: How Rolex is Supporting the Cinematic Arts

Have you tried @yakinikumafiahk's signature wagyu