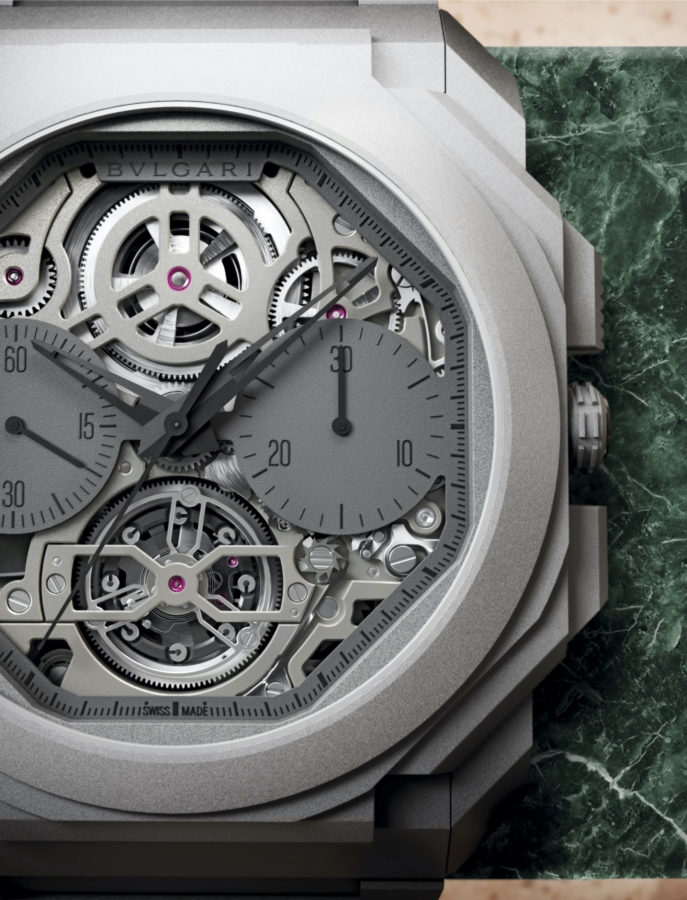 Flaunting a two-counter display in matte grey and weighing just 100 grams, the entire case and bracelet of the limited-edition 50-piece model is crafted in sandblasted Grade 5 titanium with a transparent caseback from which the movement can be admired.