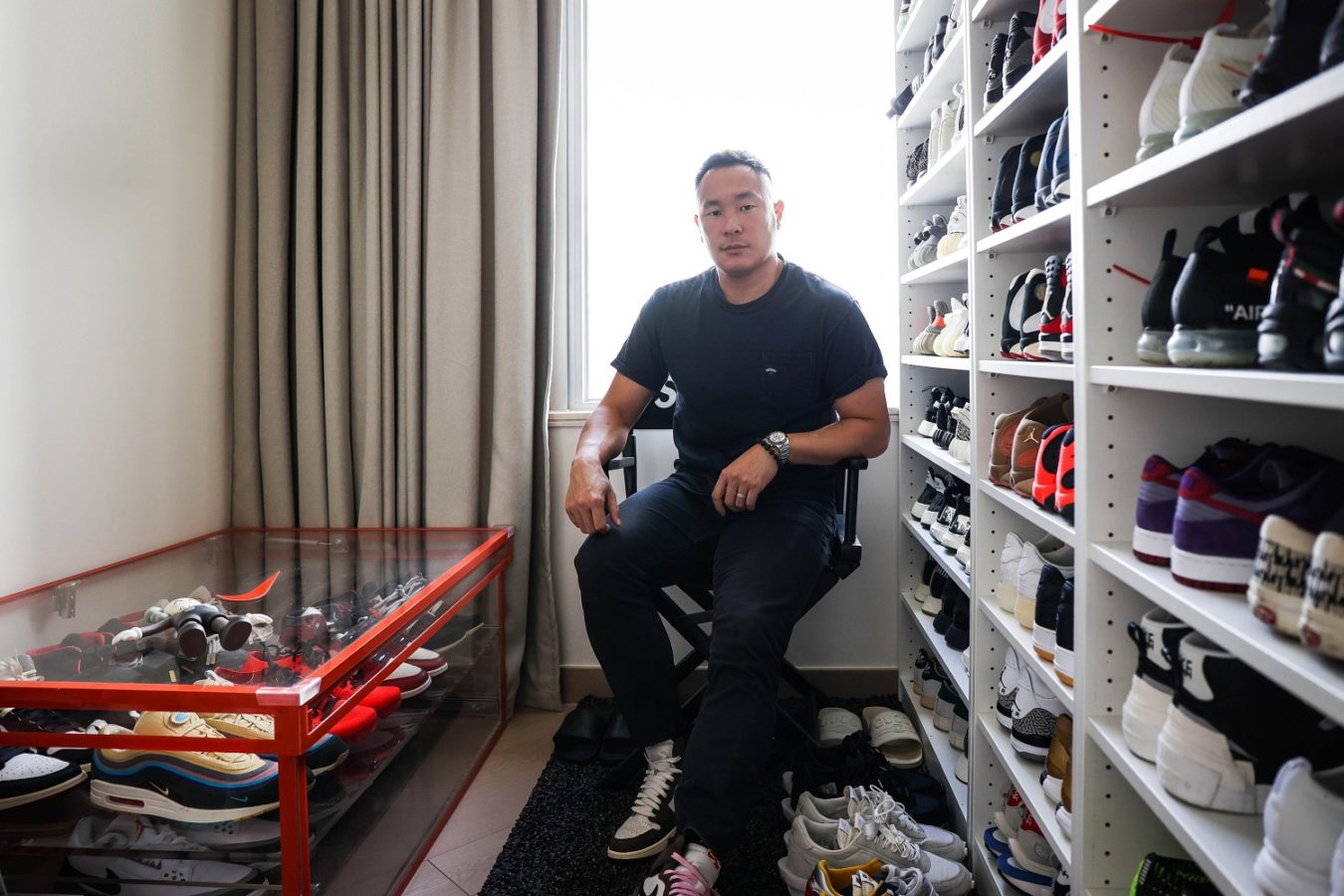 Most of us know Wil Fang as the founder of Cookie DPT and Carbs. To his friends however, he’s a bit of a hoarder. From sneakers and collectibles to a budding watch collection, the connoisseur of classic all-American fare tells us about his collecting habits, his quartet of Rolexes and what makes him tick.

Wil Fang will tell you he’s no watch collector – yet. He’s merely starting out, dipping his toes in. But step through the doors to his apartment that’s decked out in all sorts of collectibles – from Bearbricks to the Mr Moncler figurine created by artist Craig Costello and various Louis Vuitton x Supreme items – and you’ll see telling signs that he has the potential to become a very serious one.

That is, if his sneaker collection is anything to go by. Fang has a room lined with floor-to-ceiling shelving, dedicated to housing his 400-plus pairs of sneakers. At a glance, there are autographed Air Jordans, limited-edition Off-Whites, Fear of God, and more. His collection is still growing; he points to a couple of boxes stacked on a Supreme logo-ed folding chair – “I haven’t worn those yet,” he tells me.

Fang’s interest in sneakers grew from childhood – his first pair of Jordans was from his mother, when he was in third grade. He also has a single Jordan shoe, signed by the entire Chicago Bulls team, which he displays in a glass box.

Startup Life: Wil Fang of Cookie DPT on Baking it Before You Make it
People & Events
Investing in Watches: 5 Experts on Everything You Need to Know
Style

“I even have a magazine signed by Dennis Rodman, Scottie Pippen and Michael Jordan after they won 72-10,” says Fang, referring to 1995-1996, when the Chicago Bulls set the record for the most wins in an NBA regular season. “I’m a huge Jordan fan and I always wear Jordans. He was my idol growing up.”

But back to watch collecting: “I’ve had quite a few watches, but I’d say the first serious timepiece I own is this Rolex, which my wife gave me on our wedding day,” says Fang.

The watch in question is a Rolex Submariner, in steel with a black dial and bezel. “When my wife got it for me, it wasn’t crazy expensive,” he continues. “Five years ago it wasn’t even difficult to get, like it is today. Things have definitely changed.”

Rolex was the definitive watch of Hong Kong culture, the ultimate milestone watch that you’d get for a special occasion. “It’s almost like the standard entry-level watch here,” says Fang. “Everyone’s got some sort of Rolex, whether it’s a Sub or a Milgauss – for a lot of my friends here, it’s very normal for them to get a Submariner for graduation or when they land their first job.”

The watch Fang got for himself when he got his first pay cheque, however, wasn’t a Rolex. When he graduated with a double major in mechanical engineering and business management from Bucknell University in 2005, he joined Ralph Lauren and was quickly sucked into the company culture.

“We weren’t required to wear any particular uniform, but as a young professional, you see your bosses walking around in suits and nice watches, and you start becoming part of that culture,” Fang recalls. “And, you know, it’s aspirational.”

And soon enough, his interest was piqued. The first watch he bought for himself with his own salary was a TAG Heuer Link chronograph, which he still owns. “In Hong Kong, maybe it’s not a big deal, but back then, when you’re 22 years old in the States, it’s a pretty nice watch. It was a gift to myself.”

Later, as Ralph Lauren ventured into timepieces, Fang also invested in a dress watch. “It was unnecessarily quite expensive,” he says with a chuckle. “It was a Ralph Lauren watch and I probably should have put that money into something else, but it’s a prototype model. It’s definitely sentimental and I’ll never sell it or get rid of it. It’ll stay in my collection.”

Later, Fang’s work brought him to Hong Kong and, in 2016, he found himself in Taipei with a group of friends launching a fashion retail concept store called DPT. “It was one of those dream-come-true situations,” says Fang. “I’m half-Taiwanese and Hong Kong was home, so I was commuting weekly back and forth from Taipei for
two years.”

It was at DPT that Fang’s sneaker collection really flourished. “I’m a sneakerhead,” he says, enthusiastically. “I’ve had sneakers my whole life, but when you open your own shop and brands send you 50 pairs and you could have your first pick, it was like, ‘Oh my God, I’ve made it.’”

Owning the sneakers – and the watches – was only part of the thrill. A huge part of what makes the community so exciting was the hunt for a good bargain, the relationships you build with your authorised dealers, and the full experience of receiving the goods.

“The cool thing about collecting is like, once you have it, you have it, but there’s also a story of how you got them, whether they’re sneakers or watches,” says Fang. “I’ve seen my friends pick up their watches at a VIP house and it’s a great day, you know, everyone’s excited and they come with a bottle of champagne. It’s all part of the process.”

After his wedding Submariner opened the floodgates, Fang picked up a “Panda” Daytona with a black ceramic bezel, an Explorer and a vintage “Pepsi” GMT Master with a faded bezel, explaining that Rolex was an easy entry point to collecting for him. “I like things that are more modern, a bit more subtle and sleek,” he says. “White gold or steel and black. Something that’s very clean and not too flashy.”

“Collecting watches is definitely a more expensive hobby. It’s not like collecting suits or sneakers,” says Fang. “But what I like about it is the community. It’s much smaller, more intimate. I don’t even consider myself a watch collector at this point, but from an interest perspective, I really like the circle. They come from all places – from F&B, fashion, finance, entrepreneurs – you meet so many interesting people through collecting. And a lot of them are successful, so it also gives me the drive and the mentality to work hard in my own businesses too.”

That drive is serving him well. Unfazed by the pandemic, Fang and the DPT Group are launching a takeout pizza business called Carbs – “I’m playing the devil’s advocate,” says Fang.

“Covid isn’t such a happy time but seeing the success of a fast-moving takeout delivery business gives us the confidence that, even in the toughest times, Carbs will be OK.” And how could it not be? Comfort mac-and-cheese, authentic Chicago deep-dish pizzas, fried chicken, and hands-down the best spicy vodka fusilli I’ve tasted. Perhaps as Hong Kong’s appetite for Fang’s goods continues to grow, so will his watch collection.