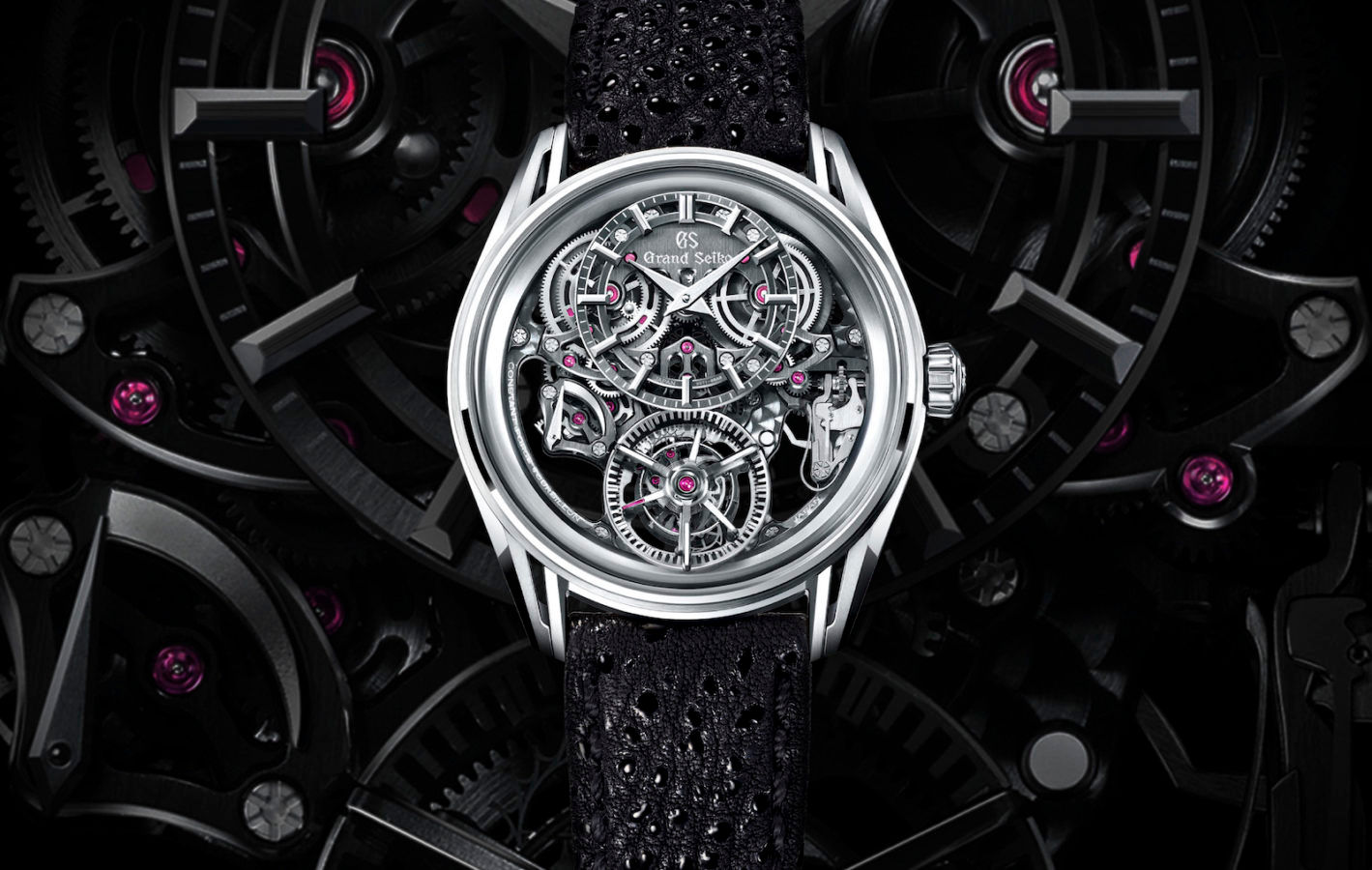 Undoubtedly the most unexpected of these newcomers is the unveiling of the exquisitely open-worked Kodo (the name means “heartbeat”) Constant-force Tourbillon, the world’s first-ever timepiece to combine both mechanisms; it also marks GS’s debut as a manufacturer of high-horology complications. And perhaps what’s even more remarkable is that the tourbillon and constant-force mechanism are incorporated into a single unit mounted on one axis. Power comes from the hand-wound calibre 9ST1, developed in the company’s Atelier Ginza skunkworks, and to match the Kodo’s exotic internals and stunning appearance, its 43.8mm case is constructed from two materials, platinum 950 and the brand’s own Brilliant Hard Titanium (we assume their respective heaviness and lightness cancel each other out). Deliveries of this fabulous – and fabulously expensive – watch are expected to begin in the autumn.

Meanwhile, the five new Spring Drive-powered timepieces in the Evolution 9 Collection – they comprise a pair of chronographs GMTs with bi-rotational bezel, two dual-time-and-date GMTs with landscape-evoking dials, and a Black Stream-inspired diver, all of which are encased in titanium – extend Grand Seiko’s sports-watch design language in a new and highly contemporary direction. In doing so, the brand has created what are among its most wearable watches ever, with the added benefit of ultra-accurate electro-mechanical timekeeping that promises a daily accuracy of, at the very least, +1/-1-seconds (and we reckon that in normal use the Spring Drive probably offers even better than that).

And then there’s the new 44.5 Spring Drive-powered “white lion” high-jewellery watch in platinum 950, a limited edition of five pieces whose case, dial, bezel and crown are liberally sprinkled with almost 6 carats of diamonds; there are also 0.88 carats of black spinels on the dial. It derives eight days of power from its hybrid calibre 9R01, whose bridge – visible through a caseback crystal – is carved into a representation of Mount Fuji.

All in all, an exceptional Watches and Wonders debut for Japan’s pre-eminent manufacturer of luxury timepieces, whose abilities and efforts are these days second-to-none.