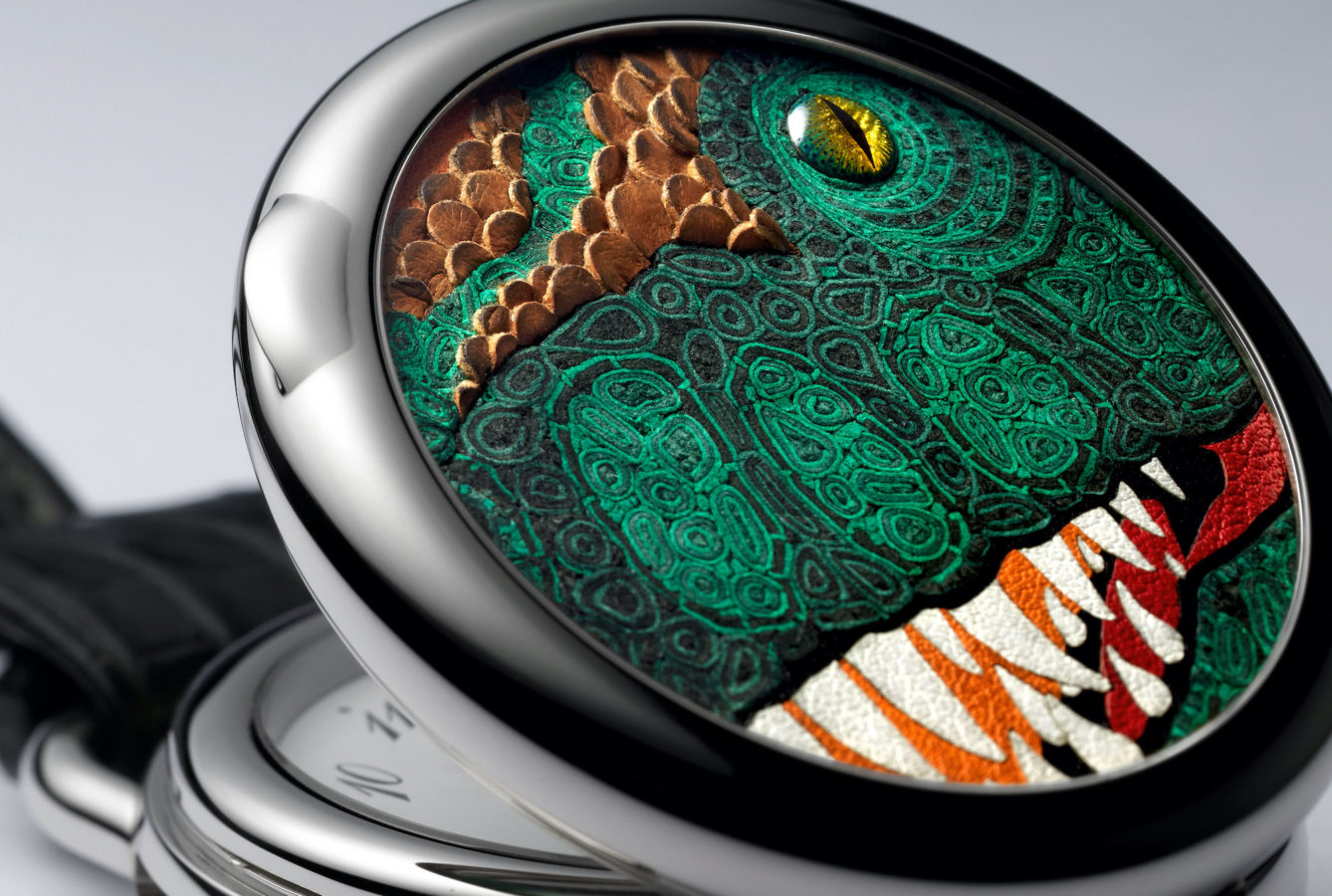 Hot on the heels of the gruff bear on the Slim of Hermès Grrrrr! and the howling wolf of the Arceau Awooooo, Hermès’ Arceau Pocket Aaaaargh! joins the bestiary illustrated by Alice Shirley.

The English artist has had an ongoing collaboration with the maison since 2014 by providing her illustrations of flora and fauna for reproduction on its famed silk scarves. This one-of-a-kind pocket watch will be the third Hermès timepiece that bears Shirley’s artwork from a silk carré.

Sign up to get the latest luxury and lifestyle news delivered to your inbox.
watches Timepieces Hermès pocket watch
Allyson Klass
watches