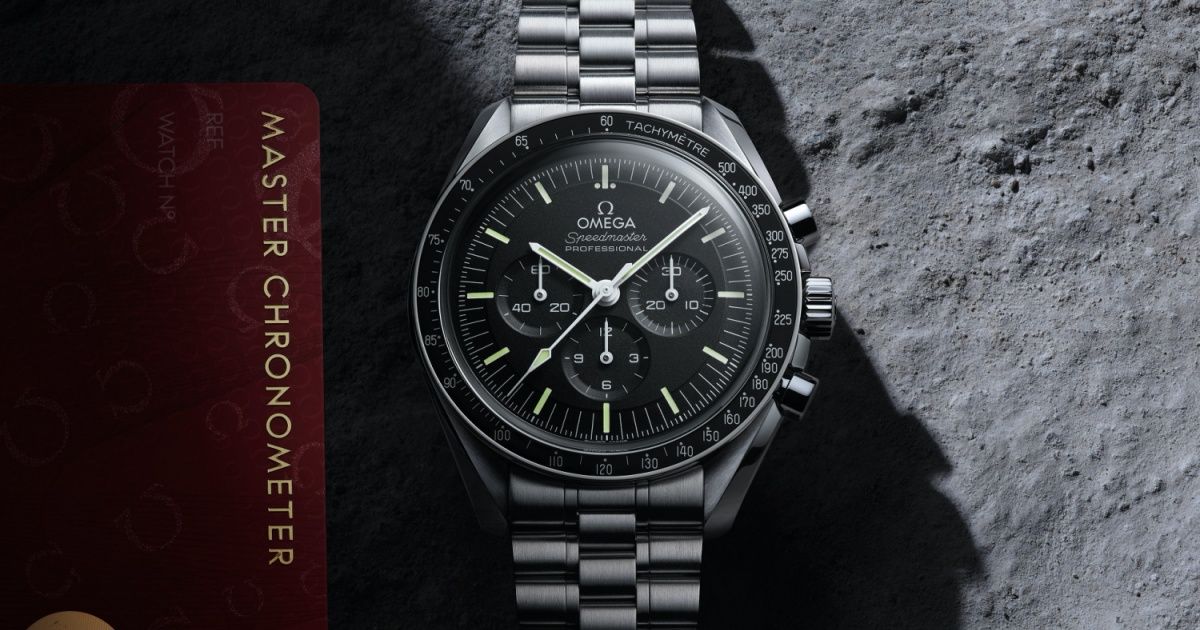 Style
Is This the Best Speedmaster Watch Yet?
Share
Next article

Watches are bought to mark special milestones and occasions — graduation, a birth, an anniversary. But watches themselves also mark great milestones in human history. And this cannot be truer for the Omega Speedmaster. The chronograph, born in 1957, found its calling as a piece of essential NASA-qualified equipment that accompanied NASA astronauts to the moon on the Apollo 11, and also helped bring NASA astronauts back to earth on the aborted Apollo 13 mission.

Since then, many of us consider the Speedmaster Moonwatch sacred — nothing sparked more joy than when Omega revived the legendary Calibre 321 in 2019. The Calibre 321 was the original column wheel movement that powered the very first Speedmaster in 1957. Through tomography scanning, Omega was able to derive the new Calibre 321 that stayed true to the original version. The Speedmaster Calibre 321 “Ed White” in stainless steel, released that same year, instantly became a grail watch for collectors.

The standard production Moonwatch we know today is based on the fourth-generation Speedmaster from 1965. It had an asymmetrical case with twisted lugs, which gave added protection to the crown and pushers. For the first time, the word “Professional” was also printed on the dial. These models, references 105.012 and 145.012 were worn by the Apollo 11 astronauts on the moon.

The last update to the standard production Moonwatch was in 1996. So 15 years later, it was high time Omega turned its attention to what is basically the brand’s bread and butter. And of course, to kick off 2021, Omega delivered just that.

In releasing the new update, Omega had the delicate task of maintaining a balance between updating the Speedmaster with its proprietary Co-Axial Master Chronometer technology while still staying true to being a Moonwatch. Says CEO Raynald Aeschlimann, Omega has approached the redesign with the “most sincere respect.”

We’d say Omega has done it with resounding success. It helped that the brand had released the heritage Calibre 321 Speedmaster Ed White to appease long-time collectors.

In modernising the Speedmaster Moonwatch, Omega did so by keeping much of the essence of the vintage Speedmaster. There is a new movement, yes, but vintage cues like the dot over 90 and the stepped dial (brought back from 1974!) are retained. There is also a major update to the bracelet. The new bracelet comes with five links per row, and is smaller and more lightweight than the previous model. The interlinks on the sapphire crystal Moonwatch is mirror polished, while the Hesalite model comes with a matte polish. The bracelet style recalls the Moonwatch styles of the past, and comes with a new satin-polished clasp.

The Calibre 3861 Speedmaster Moonwatch is also still very much a Moonwatch, adhering to the flight-qualified configurations from NASA, and is certified by NASA for all manned space flights.

The Speedmaster Moonwatch: Steel or Gold?

The version in steel (with a steel case back, steel bracelet and Hesalite crystal) is perhaps the most basic model, but it is also the most direct descendant to the Speedmasters that were used on the moon. On the caseback, the engraving reads “Flight Qualified by NASA in 1965 for all manned space missions”. It’s slightly different from the the original “Flight Qualified by NASA for all manned space missions”. It could be for technical reasons. The Moonwatch with the new calibre wasn’t tested by NASA themselves, but by Omega, based on the configurations provided by NASA.

There is also a sapphire crystal version, with a display caseback so you can admire the details on the Calibre 3861.

Then, there are the versions in precious metal. Omega has re-introduced the Moonwatch in two of its proprietary alloys – Sedna gold and Canopus gold. The red Sedna gold version comes with a glossy black dial. The white Canopus gold version is particularly gorgeous, paired with a silver-coloured dial that gives it a really clean, crisp look. With the entire watch and the bracelet crafted in gold, the watch will be a lot more substantial in weight than its steel counterpart.

The last time Omega did a gold Speedmaster Professional in the regular collection was in 2012. With all the new updates, a major revamp of the bracelet and this refreshingly beautiful combination of white gold and a silver dial. Dare we say this is the prettiest Speedmaster we’ve seen yet? We’ll let you decide.