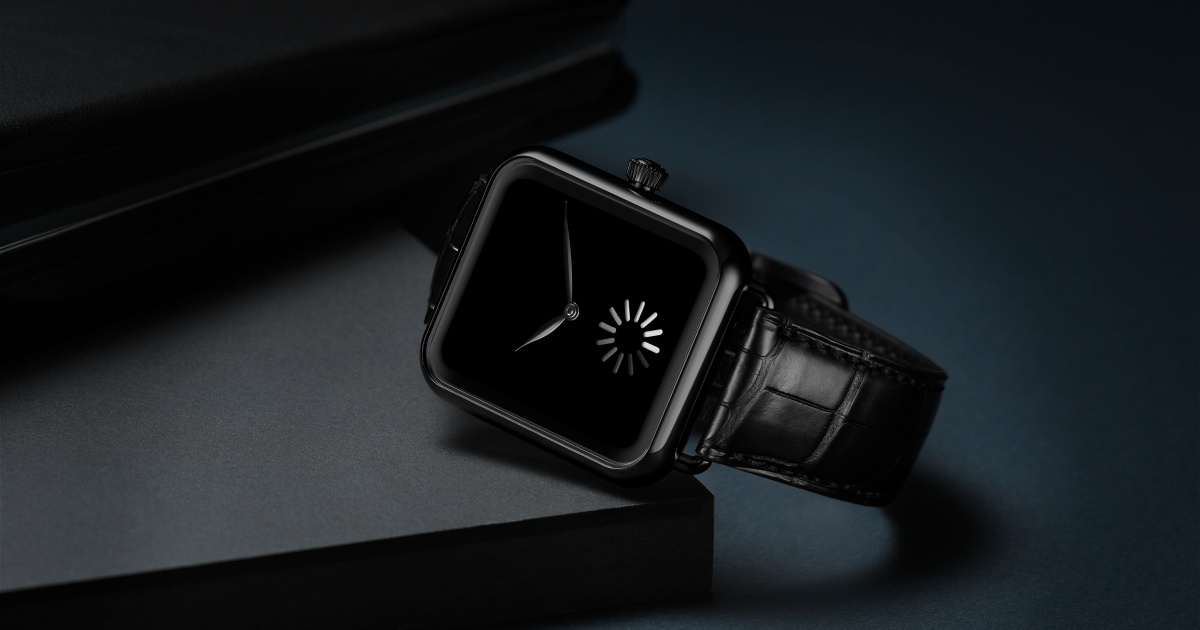 This Apple Watch lookalike requires no updates, no charging, doesn’t ping notifications, and doesn’t have any functions other than telling time. First released in 2016 in a limited edition run of 50 pieces, the Swiss Alp was H. Moser & Cie’s cheeky rebuke on the rise of connected watches, a sort of industry insider joke.

At the time of the launch of the original watch, people were questioning the longevity of traditional watchmaking, and whether connected watches would soon take over precious wrist space on collectors. (It had not.)

We all love watches that make a statement, and the original Swiss Alp was an instant success. Since then H. Moser & Cie had developed the collection further, with different versions in white gold and steel, fitted with different complications and dial colours. But this latest release marks the end of the collection. There’s a ring of finality to it, as the caseback is engraved with the words “last edition”. 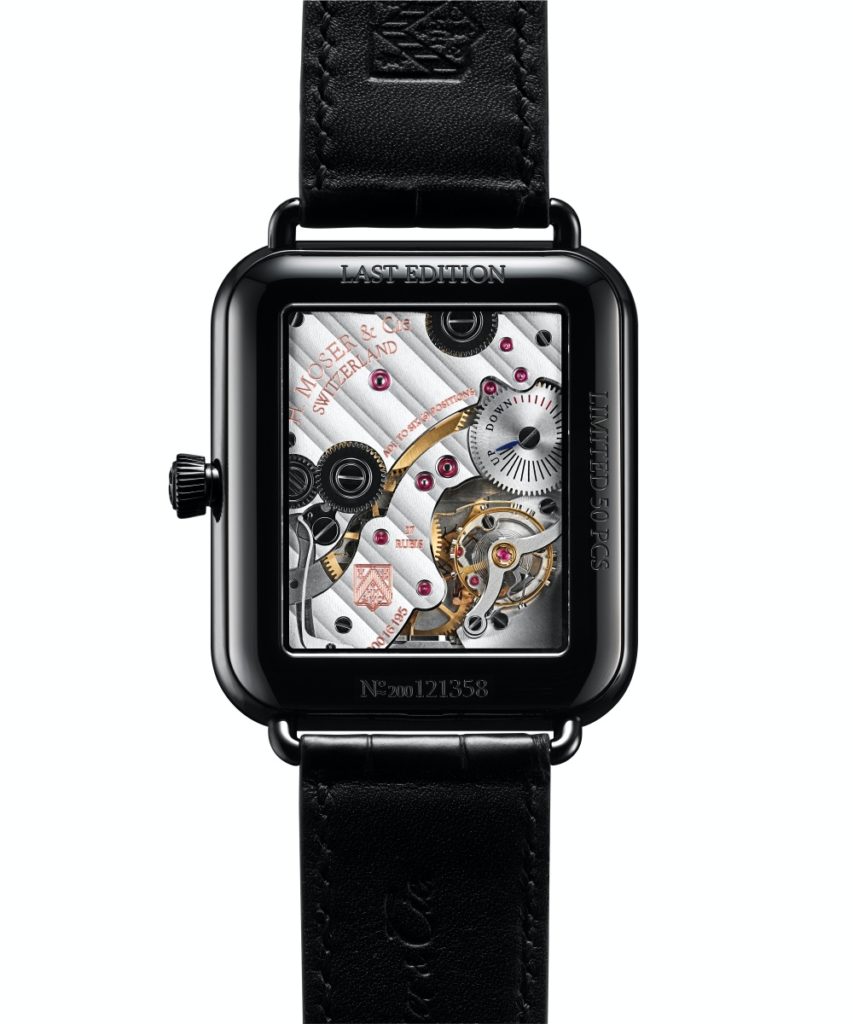 The words “last edition” is engraved on the caseback

Of course, from afar, the watch looks nearly identical to the Apple Watch. Its case takes direct inspiration from the Apple Watch’s rectangular case shape with rounded corners. For its last hurrah, the brand has gone all out to make its final edition even more alike the Apple Watch.

The Swiss Alp Watch Final Upgrade comes with a dial coated in Vantablack, and features no logo or indices to mimic the aesthetic of the smartwatch’s dial. Vantablack is the blackest material ever produced artificially, and while Moser has used the material for other Concept watches, this is the first (and last) time it will be used on the Swiss Alp.

The hour and minute hands are also blackened to keep with the aesthetics. And for a final touch, the small seconds at 6 o’clock is designed to look like the “loading sign” we’re accustomed to seeing on our daily digital devices.

The seconds are shown by 5-second increments as the shaded disc moves around the openings of the sub-dial. The idea for the sub-dial design actually came from a customer and a fan of the Swiss Alp collection. Edouard Meylan, CEO of Moser, loved the idea, saying that it was “perfectly in line with our philosophy, with a touch of humour and a hint of provocation.”

Of course, not being powered digitally, the movement can be viewed via the sapphire caseback. The Swiss Alp Watch Final Upgrade is powered by the hand-wound HMC 324 Manufacture calibre, beating at 2.5Hz with a power reserve of 96 hours.

Learn more about the watch here.