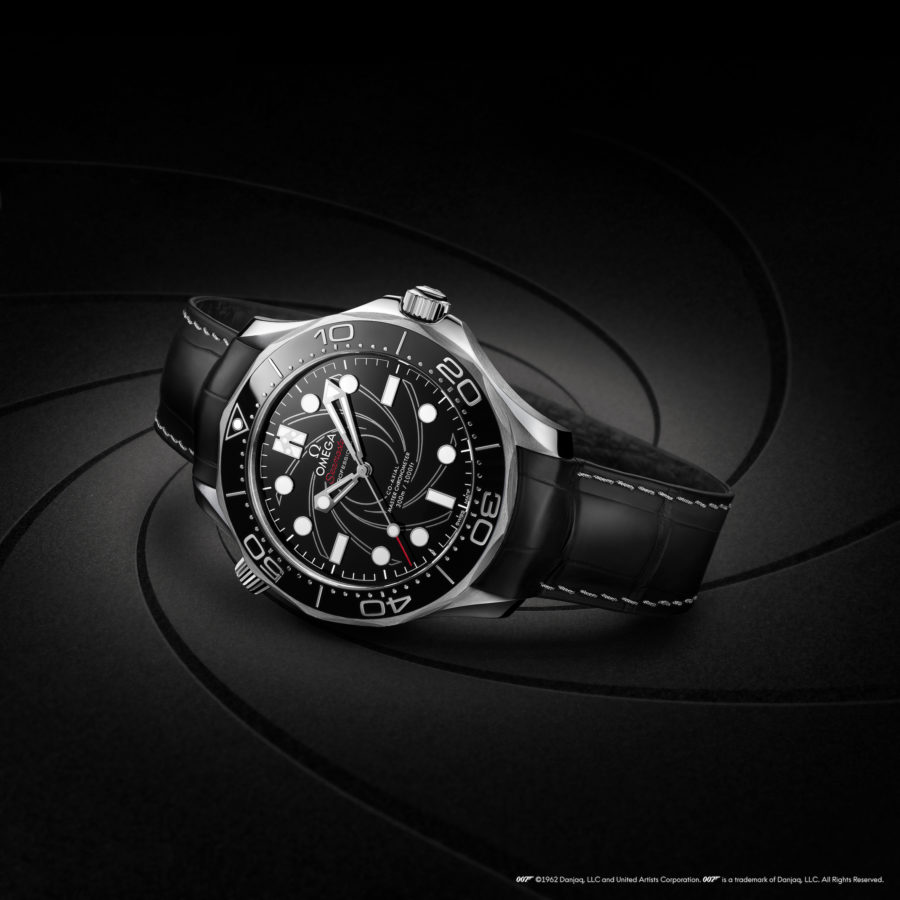 The New Omega Seamaster Bond Watch is To Die For

Super-spy James Bond has been strapped with yet another fabulous Omega Seamaster watch in the latest Bond franchise No Time to Die, which is finally set to be released in November this year.

Omega has been looking after Bond’s timekeeping needs since 1995 as seen in “Golden Eye”. The last Bond watch made was  the Seamaster 300 “Spectre”, a vintage-inspired model that had a limited production of 7,007, and was released alongside the Bond film in 2005. This year’s Seamaster Diver 300M James Bond Numbered Edition, which will don the familiar red and black colour scheme, is given a vintage vibe and some high-tech details, which certainly, 007 die-hards will appreciate. The watch comes in a 42mm platinum-gold case and a platinum-gold plate on its side, engraved with each the edition’s number, matched with a black leather strap with a buckle made from the same luxurious metal. There are also small, unique details that make this an interesting piece, such as the black ceramic bezel ring with a platinum diving scale, and a black enamel dial featuring a spiralling gun-barrel design in white gold. 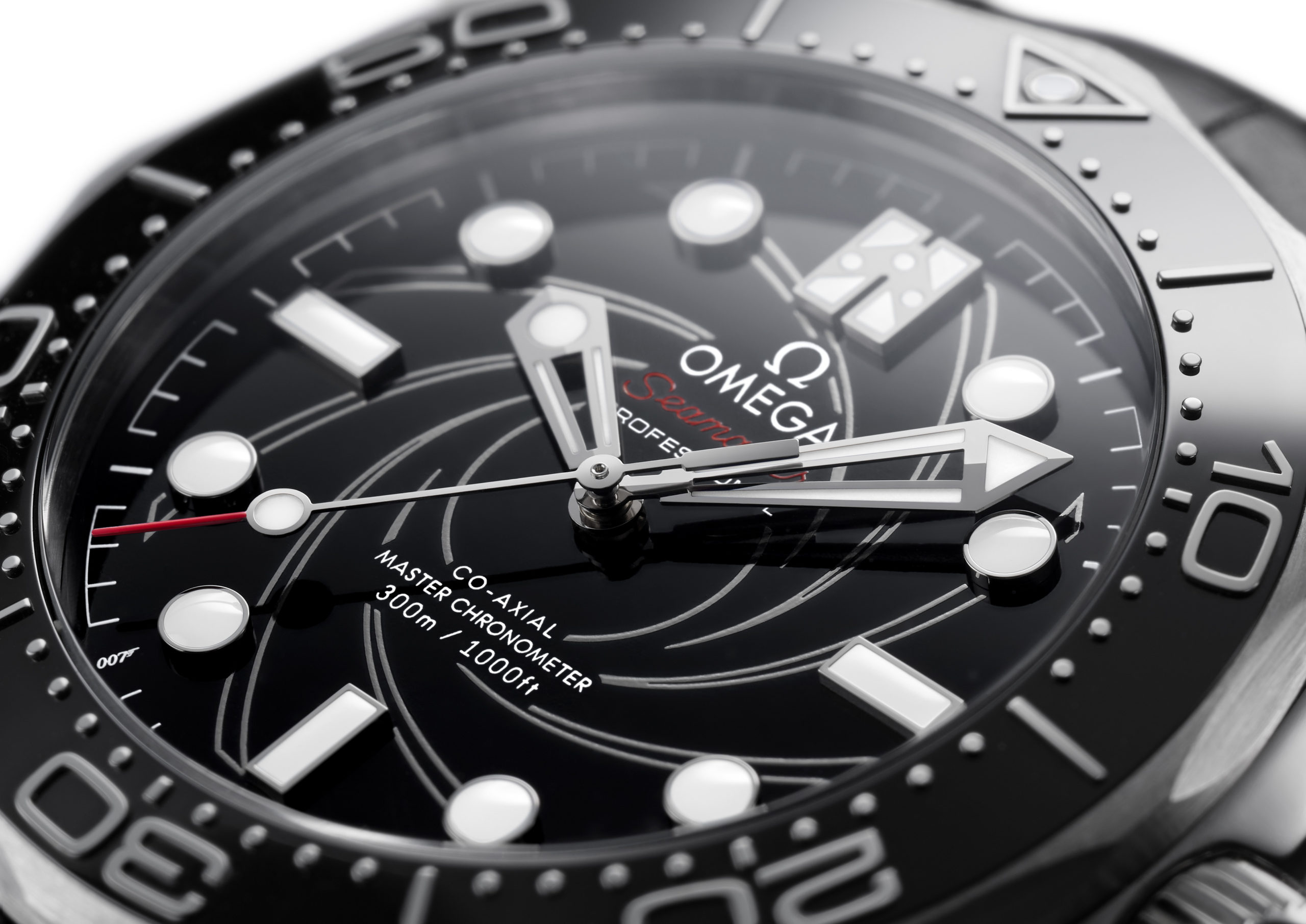 This collector’s item also includes a hidden number “50” within the Superluminova of the 10 o’clock index, referencing to the 50th anniversary of the James Bond film “On Her Majesty’s Secret Service”. Look closer and you’ll find a 007 logo at 7 o’clock on the white enamel minute track.

And we’re not quite done. Turn the watch over and you’ll find another Bond family coat-of-arms, which has been laser-engraved and filled with platinum on the sapphire crystal case back. The piece is gloriously equipped with the Omega Co-Axial Master Chronometer Calibre 8807  – certified at the highest standards of precision, chronometric performance and magnetic resistance. 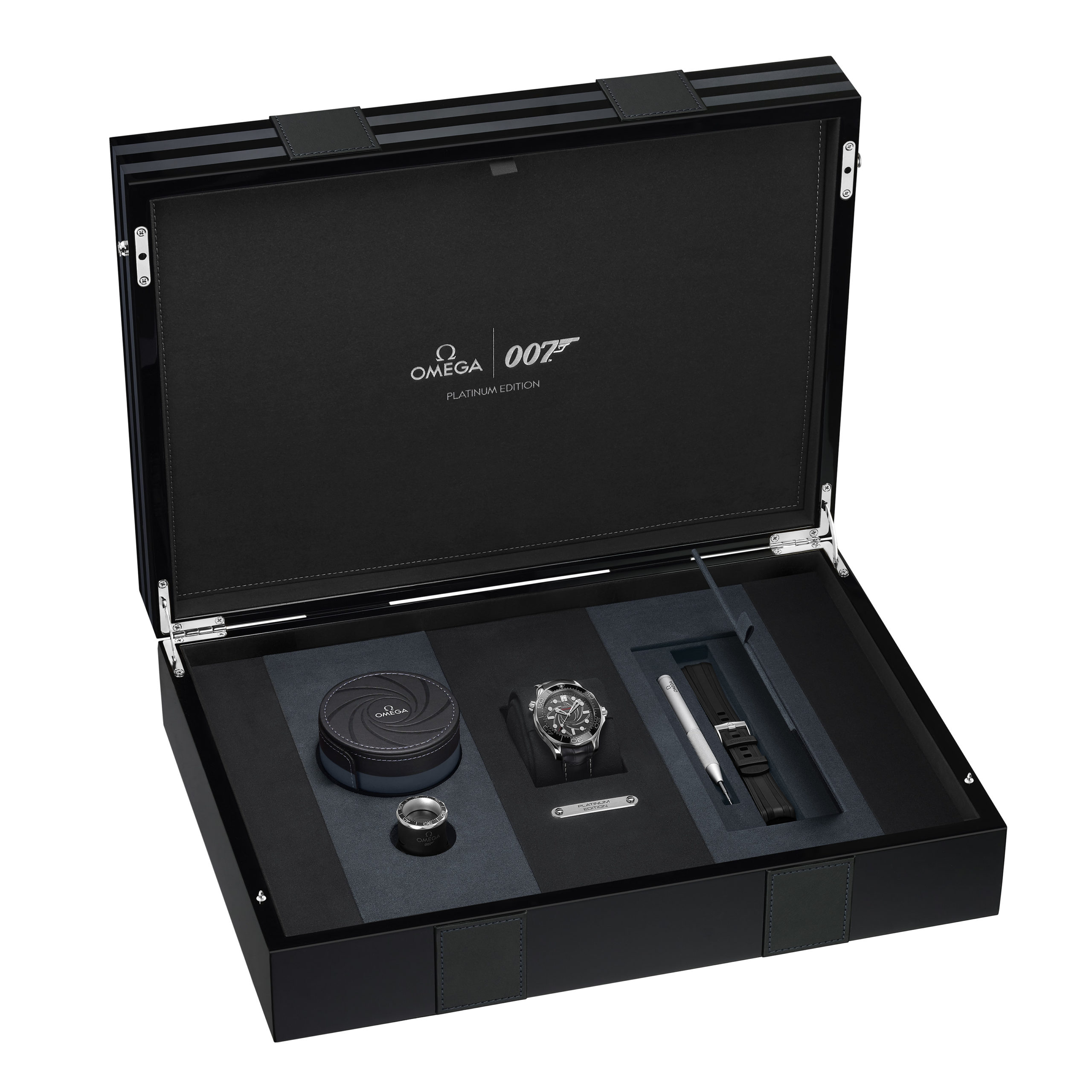