The year may be winding to a close, but our favourite timepiece brands aren’t slowing down anytime soon.

Here are the most exciting watch news and releases you need to know about this month. 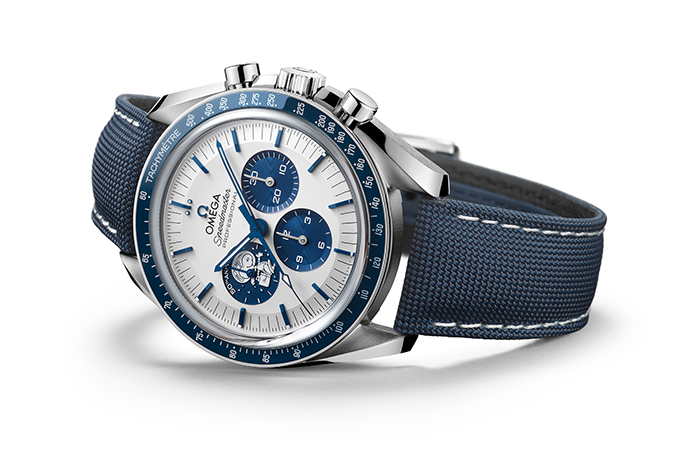 Fifty years after Omega received the Silver Snoopy Award from NASA Astronauts, the house has unveiled a tribute edition of the famed Speedmaster Chrono, powered by the co-axial Master Chronometer Calibre 3861. Known especially for its use of innovative materials, Rado has introduced a new True Square Open Heart collection in high-tech ceramic. Suitable for men and women and wearing comfortably on the wrist, these skeletonised-dial watches come in 38mm scratch-resistant ceramic cases in “dark” or “light” colours (the latter with diamond hour markers), with 5-bar water resistance. They’re powered by the Calibre C07, which offers a power reserve of up to 80 hours. 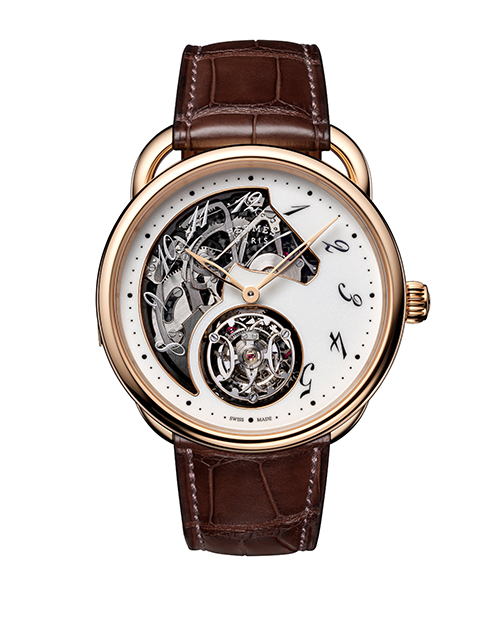 Hermès has broadened its impressive range of watch-making capabilities by dipping a toe into the realm of haute horlogerie complications. Available in a 43mm rose- or white-gold case, the Arceau Lift Tourbillon Répétition Minutes features both a flying tourbillon and a double-gong minute-repeater, both of which are visible through a cut-out lacquered dial (the larger aperture representing the profile of a horse’s head). So wildly successful has the Black Bay line of sports/dive watches been that it’s almost come to define the Tudor brand. No wonder, then, that the company is at last turning its attention to other market niches. The result is the recently announced Royal collection, which revives a name from the ’50s in the guise of a sporty luxury dress watch for everyday wear. Available in men’s and women’s sizes, and in steel or two-tone steel and yellow gold, the Royal features a variety of ETA-sourced movements, depending on the case size. Shown here is a 28mm two-tone version with mother-of-pearl dial, which should adorn any woman’s wrist very nicely indeed. Maximilian Büsser and Friends has drawn on the imagination of a famed Neuchâtel-based engraver for its latest horological creation, the MB&F x Eddy Jaquet LM Split Escapement, an eight-piece limited edition inspired by the writings of the 19th-century French author Jules Verne. Horological and jewellery-making expertise come together with breathtaking results in this new reference of the Heures Créatives Heure Romantique from the 200-year-old maison Vacheron Constantin. Inspired by an Art Nouveau timepiece from 1916, the watch’s white-gold case resembles a flower — the lugs take the form of leaves — and is set with 104 diamonds. On this model, the dial is in lustrous black mother-of-pearl, while the crown is set with a single diamond; fine engraved beads decorate the side of the bezel and case. Powered by the hand-wound Calibre 1055, the Heures Créatives Heure Romantique offers a reserve of 40 hours. It’s four decades since Hublot debuted its own and rather unique vision of haute horlogerie, and to mark the occasion, the pioneering Swiss house has just released the Classic Fusion 40th Anniversary, a reinvention of the Classic Original of 1980. The limited-edition 43mm watch, which is available in yellow gold (100 pieces), black ceramic (200 pieces) and titanium (200 pieces), features a polished black-lacquer dial and a specially engraved commemorative caseback. Powered by a Hublot HUB 1112 automatic calibre, it offers a 42-hour reserve. Each version is fitted with a black rubber strap with deployant clasp. 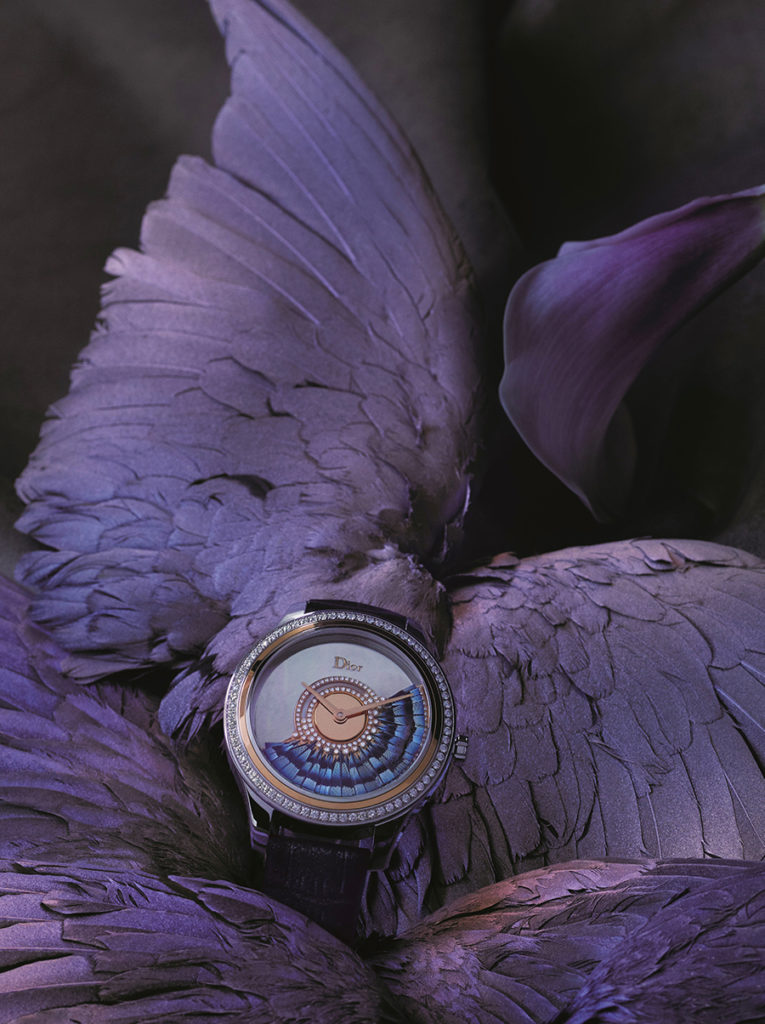 Of the three Dior watches nominated in this year’s Grand Prix d’Horlogerie de Genève is this exquisite Grand Bal Plume, which is competing for top honours in the Métiers d’Art/artistic craft category. The 36mm timepiece, which is powered by an exclusive automatic movement, features a front oscillating weight decorated with wild feathers, which rotates above a white mother-of-pearl dial like a ballgown. The dazzling effect is completed by a gold and diamond-set bezel.