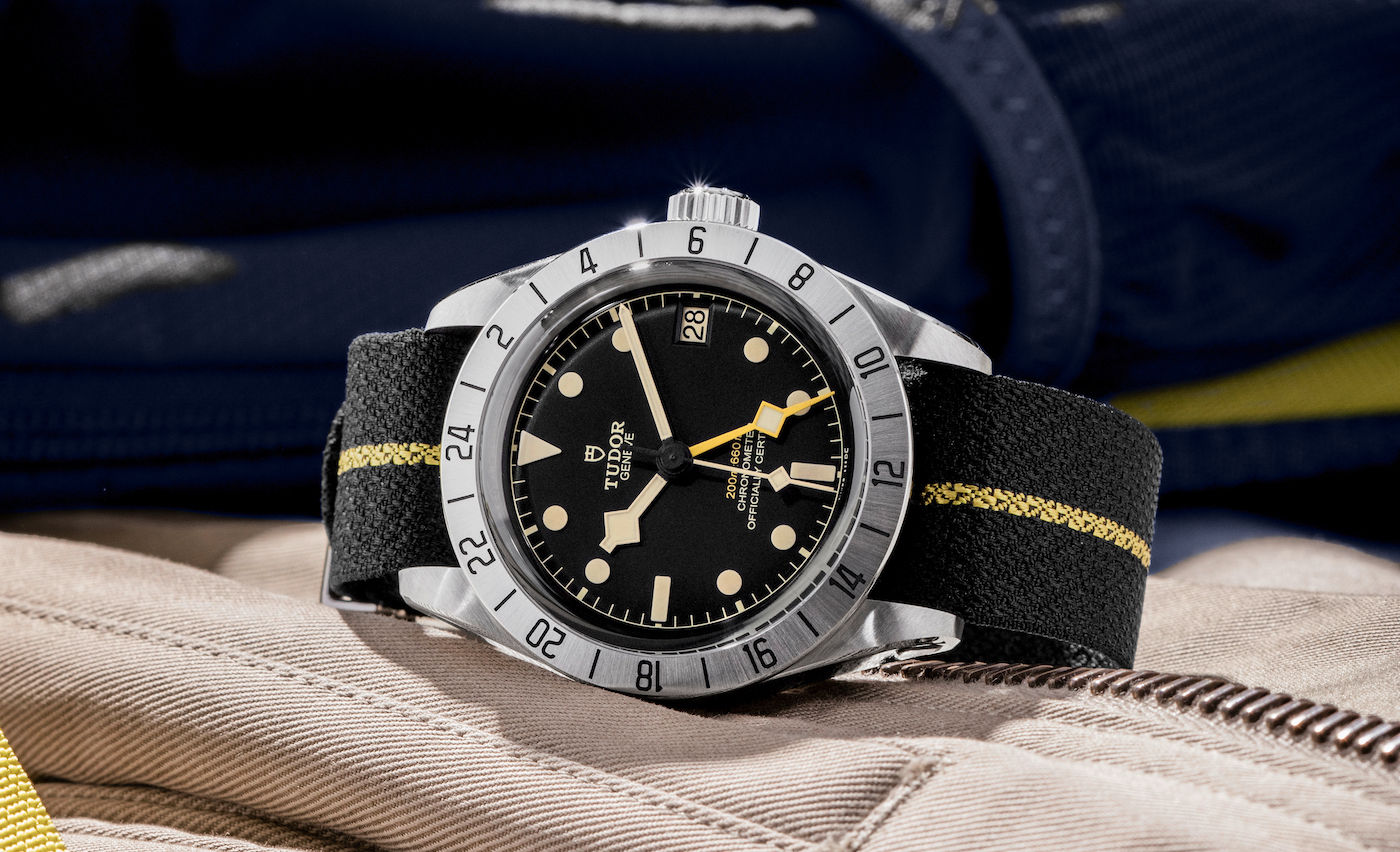 Tudor Sets The (Two-) Tone……and in doing so offers some serious alternatives to nigh-on-unobtainable Rolexes.

For its big Watches and Wonders 2022 reveal, Tudor has predictably confined most of its novelties to the popular and ever-burgeoning Black Bay range, with perhaps the biggest news of all being that the brand has seen fit to equip the versatile, sporty-yet-dressy two-tone 31, 36, 39 and 41mm S&G versions with COSC-certified manufacture calibres.

This, at last, makes the Black Bay 36 S&G a viable alternative – and at around half the price – to the Rolex Explorer, which enthusiasts always though it should be (though that, of course, will obviously depend on availability). New dial decorations and diamond-set bezels and hour markers are also available, and all but the 31mm version, which provides a reserve of 50 hours, offer a whole weekend’s-worth of power without winding.

Also new to the Black Bay line-up is the revised Black Bay Chrono S&G, which now features gorgeous gold dials with black sub-registers and a line of red text that whispers “Daytona”. Powered by the column-wheel MT5813 calibre, a collaboration between Tudor and Breitling, it now comes on a Jacquard Strap, a two-tone bracelet or a handsome aged brown-leather bund strap. Now more than ever, the Black Bay Chrono gives off the vibe of the ’50s-themed motor-racing watch that it always aspired to be.

And the addition of a two-tone S&G model to the Black Bay GMT range, which comes with a “root-beer” rotating bezel, looks like another cheeky – but gloriously nostalgic – nod in the direction of Rolex’s own GMT Master II, which as we all know is among the most unobtainable timepieces on the planet. We can expect the rush for this one to be almost equally as frantic.

Rounding out the new Black Bays is a dual-time 39mm Pro model with a fixed steel bezel adorned with 24-hour increments, a flush-set winding crown and a rugged outdoor demeanour. Like all “full-size” Black Bays powered by manufacture movements, if offers a properly weekend-proof reserve of 70 hours.

And last but not least are the only new Tudors that aren’t named Black Bay, namely a number of new references in the daily-wearing Royal range, which comfortably straddles the divide between chic and casual, and covers four sizes, from 41 to 28mm. Powered by chronometer-rated Sellita calibres and in steel or steel-and-gold cases with integrated bracelets, these new watches feature notched or diamond-set steel or gold bezels and an array of sunray dials, with gem-set mother-of-pearl now an option.