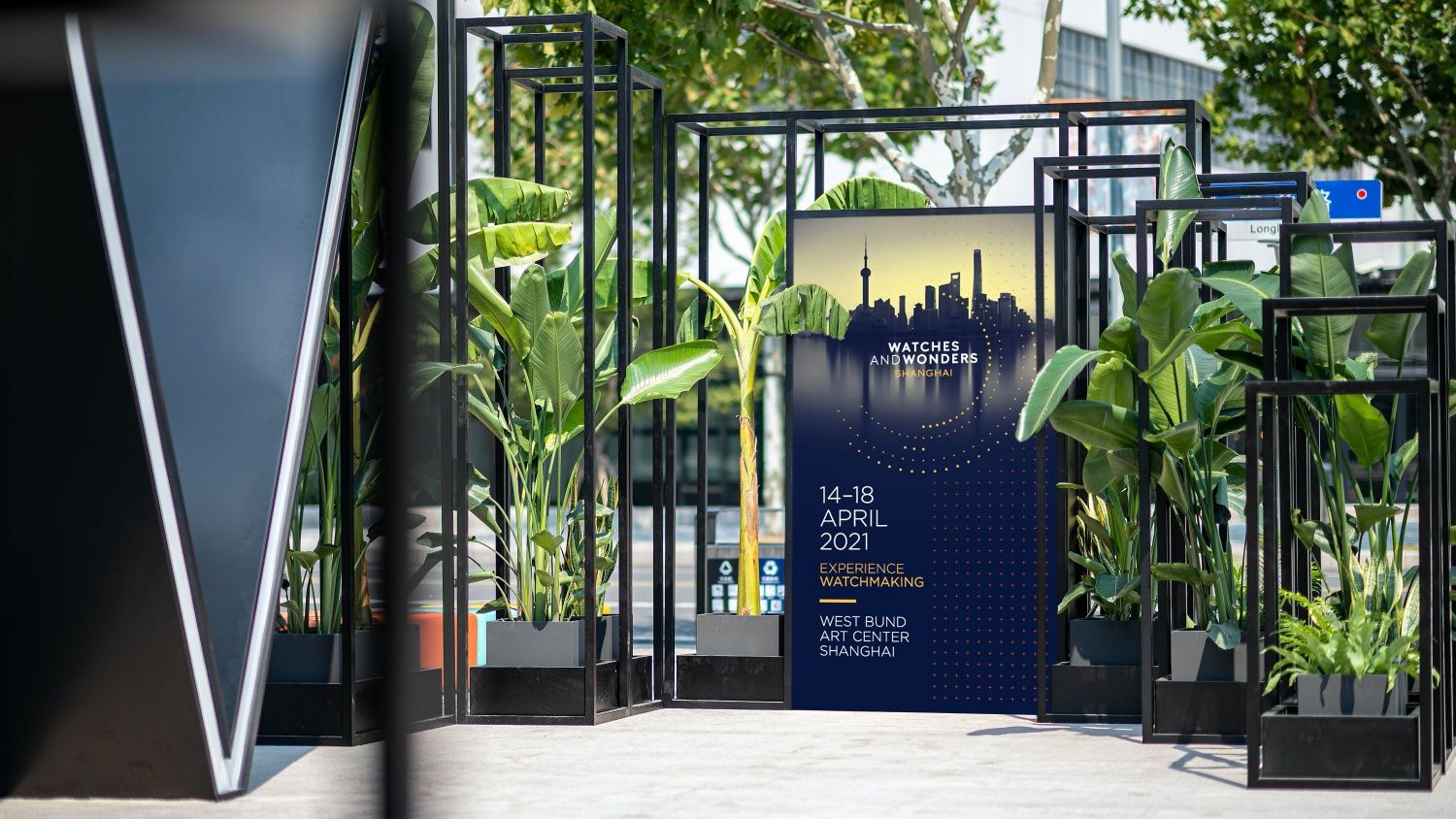 Style
Watches and Wonders Shanghai: Hosting a Show During a Pandemic
Share
Next article

Watches and Wonders Geneva has successfully pulled off its largest digital watch event ever, but the excitement is not over. For the next five days, all eyes are on Shanghai as the city opens the doors at the West Bund Art Centre for the start of Watches and Wonders Shanghai.

It’s a momentous occasion – this is what the Fondation de la Haute Horlogerie (FHH) envisioned a “phygital fair” would be like — and it’s promising to be pretty spectacular as visitors and collectors could, for the first time in a long time, immerse themselves within the different booths and universes the brands have presented, as well as more importantly, touch and feel all of the new novelties.

Like many other industries, the watchmaking industry is still far from returning to the normal days as we know it. 2020 had been a terrible year. Speaking with the President of FHH, Emmanuel Perrin, and Chief Advisor for FHH, Carson Chan, over a Zoom call, they tell me that “everything that could go wrong went wrong” and the FHH found themselves stuck in a rather nightmarish scenario.

But like all industries affected by this unprecedented crisis, everyone got to work, everyone got creative. In fashion, you see brands producing the most beautiful films and finding new ways to enchant the world with the unveiling of their new collections. The rather more traditional watch industry too, has accelerated its digitalization and opened up its thinking to incorporate newer technologies. There was a silver lining to the ongoing pandemic of 2021. “We have a bit more time to get organised around the digital-only event, and to try to propose the kind of content for the public that was more engaging, and hopefully an experience as well for our premium partners, journalists and retailers,” says Perrin.

Having just witnessed and participated in the week-long online event, we would say the FHH had done a pretty great job considering the circumstances. The inclusion of a daily morning shows and panels are an incredible success, and something the FHH could look at including more regularly in the future. They not only summed up the new releases from the 42 participating brands, but gave in-depth analysis on trends and post-pandemic ambitions and are a real eye-openers for not just those involved in the trade, but for investors and collectors too.

The Watches and Wonders fair, formerly known as the Salon de la Haute Horlogerie, has come a long way since it established in 1991, when Cartier, along with Baume & Mercier, Piaget, Gérald Genta and Daniel Roth decided to come together to host a show dedicated to fine watchmaking. The 2021 edition today sees a total of 42 brands, storied maisons and independents alike, come together to celebrate the art of high horology, which has also coincidentally, been named a UNESCO heritage-status craft.

There are obviously limitations to a digital fair – human interaction for one, is something that’s sorely missed. Says Perrin: “The physical event is really the location of a lot of spontaneous, non-scheduled conversations depending on who you meet.”

“You can’t really replace human interaction, at least not right now, the technology isn’t there yet,” adds Chan. “I think digital is here to supplement the fair, it’s not here to replace it.”

This unavoidable limitation is perhaps the key factor in determining the format of the “phygital fair”, which sees the Shanghai exhibition take place from April 14-18, 2021 at the West Bund Art Centre. The W&W Shanghai edition debuted last year, and is back this year with 19 exhibiting brands.

For its first participation in Watches and Wonders Shanghai, Rolex will reveal new timepieces from its collection. Vacheron Constantin, Piaget, A. Lange & Söhne, Ulysse Nardin, Roger Dubuis, Tudor and Baume & Mercier also have surprises in store.

You can’t really replace human interaction… digital is here to supplement the fair, it’s not here to replace it

In Shanghai, interaction is on full-blown display with activities focused on assembling mechanical watch movements, admiring rare craftsmanship, and learning about innovations at the LAB with leading brands like IWC, Jaeger-LeCoultre and Montblanc. Talks and panels will be held each day at the Auditorium, and of course, streamed live for everyone tuning in globally. Independents are given their own spotlight too, in a dedicated space that houses H. Moser & Cie, Armin Strom, Arnold & Son, Purnell and Ferdinand Berthoud.

And lastly, in a move that’s a real testament to the digitization of the watchmaking industry, Watches and Wonders once again partners with Tmall, where each participating brand will offer exclusive offers on Tmall Luxury Pavilion.