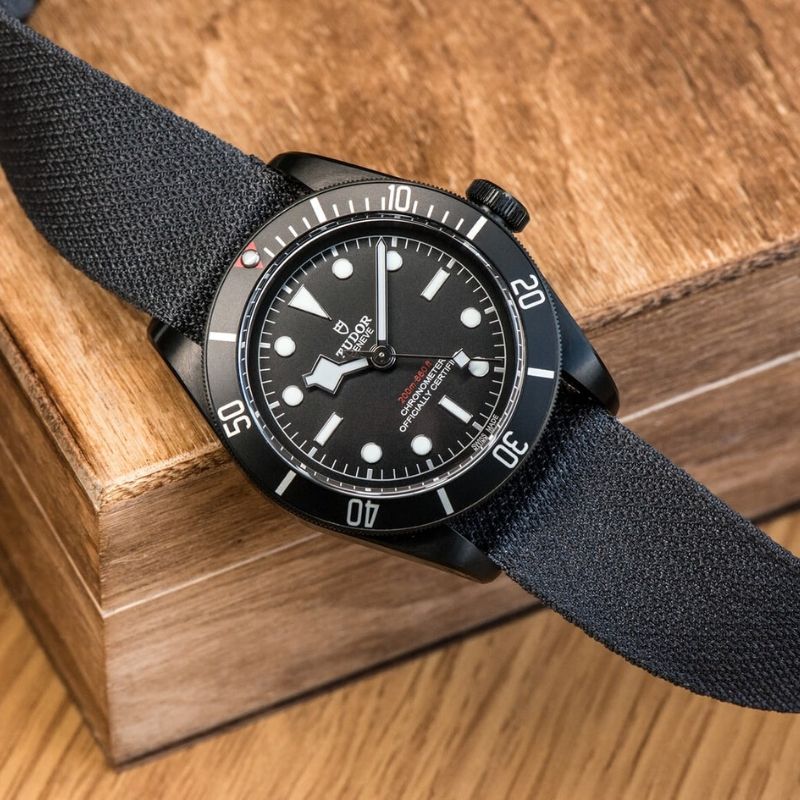 Why You Should Own a Tudor Black Bay — If You Can

Style
Alexander Esmail
Sign up to get the latest luxury and lifestyle news delivered to your inbox.

Dipping the proverbial toe into the world of watches can be a daunting experience, especially when there are so many choices. The Tudor Black Bay series, however, is as close as it gets to a no-brainer — either as a first serious timepiece or an addition to an already impressive arsenal.

The international world of horology may still be reeling from the shock cancellation of Baselworld, not just for the current year due to the coronavirus having devastated nearly all industries, but potentially for the foreseeable future.  Thankfully, interest and passion for watches have not dissipated along with it.  In fact, quite the contrary as the vintage watch market specifically has seen an uptick in sales.  Whilst this does not mean that every Tom, Dick and Harry are sweeping Sotheby’s, Christie’s, and Phillips for lofty vintage timekeepers, dependable tool watches remain a great investment for mechanical watch enthusiasts looking to hedge their bets in these uncertain times.

Whoever said ‘dependable’ equates to ‘boring’ has obviously never laid eyes on the Tudor ‘Black Bay’ series, which has in part fueled the resurgence of the brand, reminding everyone that it is more than just a sister brand to titans Rolex.  With a decidedly more rugged outlook than some of its Swiss counterparts, the ‘Black Bay’ models conform mostly to the classic Submariner aesthetic.  To date, more than a dozen models have been introduced as part of the collection since its debut in 2012.  Here are some models for your (serious) consideration.

Size does matter, but not in the way that one may think.  What sets this watch apart from its siblings in the collection is its relatively smaller size — sitting at a cozy 39mm which is a whole 2mm reduction in diameter.  Though that may not sound like much, on the wrist the impression is vastly amplified, giving the timepiece a distinctly vintage appearance.  Due to its diminutive size, Tudor had no choice but to tinker and produce its new in-house caliber MT5402 movement.  Another real draw for many would be the ‘gilt’ dial combination — echoing the black and gold sensibilities so popular in the 1950’s.  Equipped with a matching bracelet, these have been notoriously hard to come by due to their immense popularity.  If one pops up in your local authorised dealer, we suggest you bite the bullet before someone else does.

On a steel bracelet, the Tudor Black Bay Fifty-Eight retails for US$3,625 (HK$28,000) subject to availability

Brief history on the GMT function and its origin — developed for Pan-Am Airline pilots to cope with the constant shifting of time zones, the 24-hour hand and rotating bezel allowed the wearer to account for two separate time zones during their travels.  Even the most casual of watch fans would be aware of the infamous ‘Pepsi’ reference which featured the hues of the namesake soft drink brand on the bezel, but this Black Bay GMT is more than just a simple homage to the original.  The Tudor Black Bay GMT lives up to its pedigree as a tried and true travel watch, boasting a local jumping hour hand that is able to be adjusted backwards or forwards independently from the minute hand to adapt to different time zones with ease.  To sweeten the deal, Tudor has offered its own MT5652 in-house movement which provides superb value at this price range where other makers would likely opt for ETA movements.  This excellent GMT is a perennial favourite for those in the know.

Everything just feels cooler in ‘stealth mode’, and this PVD coated all black model will definitely make anyone feel like a ninja.  The tactically inclined timepiece is composed of steel and coated with a robust and hard wearing black satin finish which can weather everyday scratches and dings, as a tool watch should.  An extra injection of edge in the form of two striking hits of red on the bezel and depth rating on the dial set this watch apart from other typical all black wristwear.  But it’s not just all about looks — the impressive 70 hour power reserve is nothing to scoff at, courtesy of Tudor’s caliber MT5602 in-house movement.  Aftermarket reworkings to achieve the dark monochromatic look have been in vogue for several years, but why go down that road when a beauty like the Tudor Black Bay Dark can be had straight from the factory.

Sign up to get the latest luxury and lifestyle news delivered to your inbox.
watches Tudor Tudor Black Bay
Alexander Esmail

prestige
Sign up to get the latest luxury and lifestyle news delivered to your inbox.

Hublot Claims Pink for the Boys

LAB 02: A Breakthrough for Corum