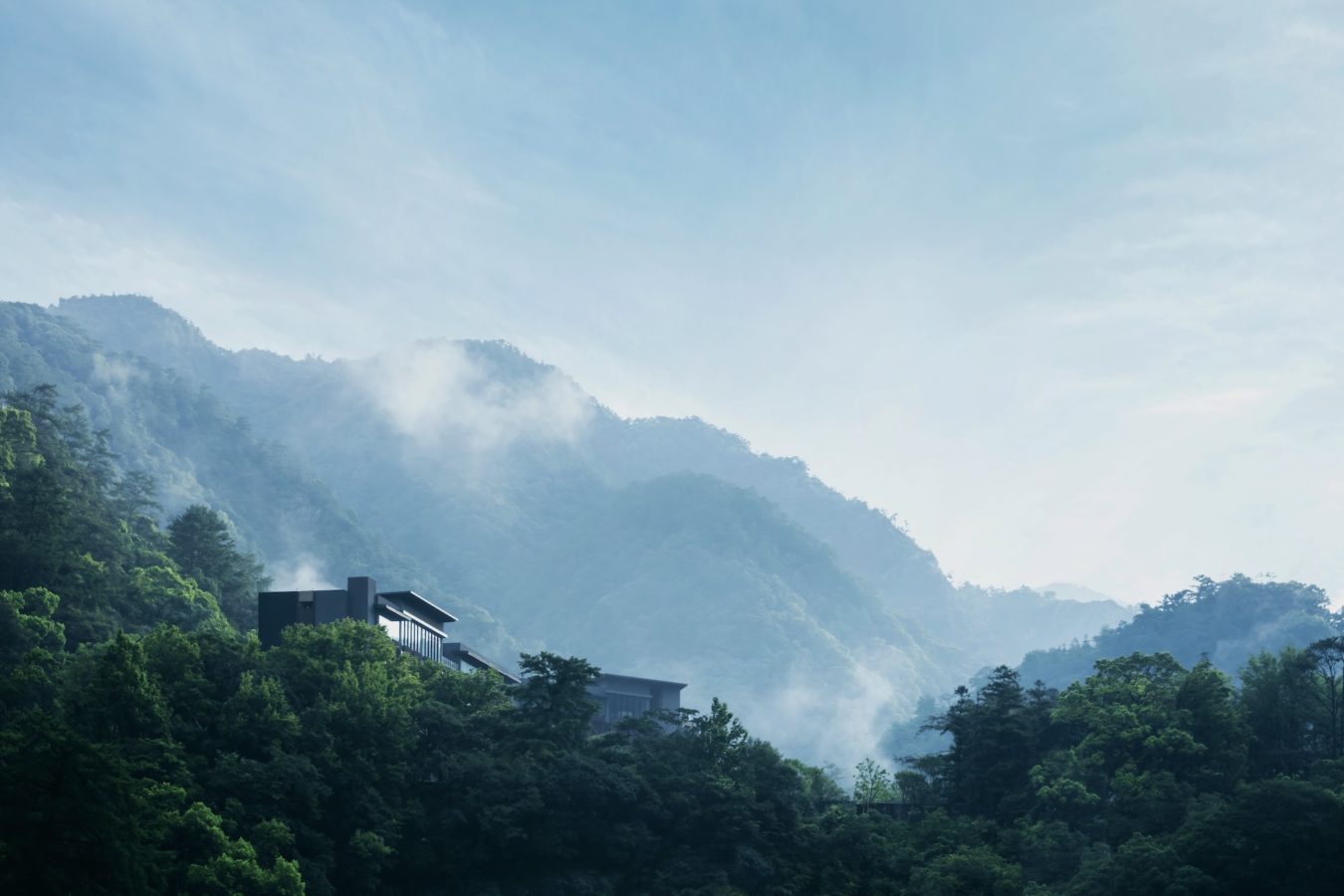 Back in March, before Covid-19 triggered worldwide border lockdowns, travel writer Mavis Teo managed to make a picturesque trip to the gorgeous hot spring resorts of Taiwan. She recounts her experience.

At 4pm every day, a trained staff member will beat a drum from an alfresco deck along the jadeite Nashi river. Guests can then hear sounds from a gong from a white house perched on a forested hill on the opposite bank reverberating across the river. That house belongs to Wu Zong-lin, an artist whose lotus pond sculpture sits in the hotel lobby. This exchange is likened to a conversation. The emotions of the artists are expressed through the tempo and rhythm made with the instruments.

The theme of performances emulating a non-verbal interaction is repeated in a silent chess game played on a floating raft every morning. It is inspired by a Chinese proverb on how staying silent while watching others play chess is the mark of a true gentleman. The idea behind this chess performance is to instil focus and the importance of listening to one’s mind and soul. While guests are welcome to watch these performances, the staff will play on whether there is anyone watching. The purpose of having such a routine is so that the staff can internalise these concepts through habit and go about their jobs with a calm mind and pass on positive energy to the guests.

Sign up to get the latest luxury and lifestyle news delivered to your inbox.
travel holiday Taiwan destinations Hot Springs
Mavis Teo
travel