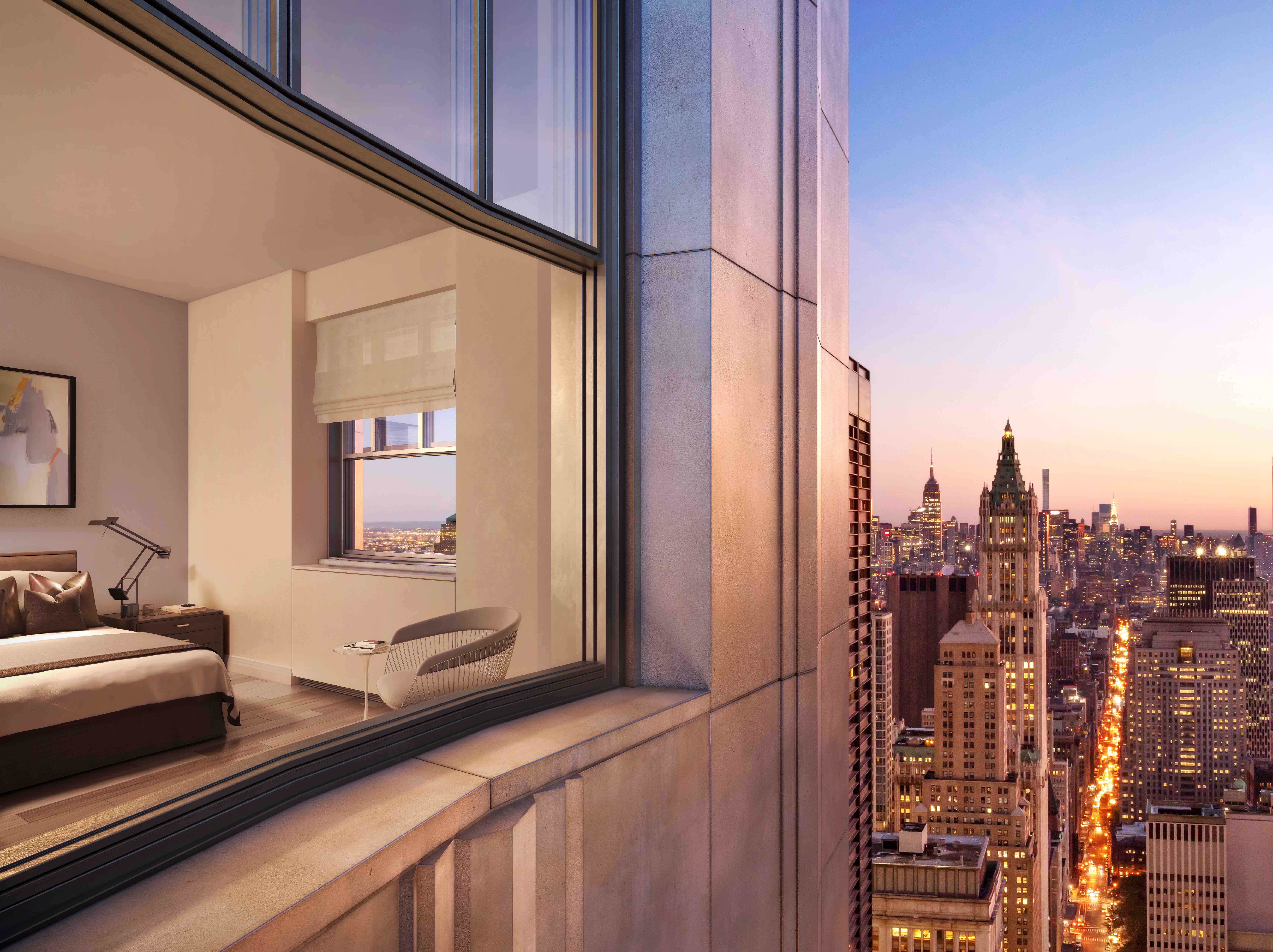 Most of us — of a certain age, at least — can remember where we were and what we were doing on September 11, 2001. There was no Twitter, no Instagram, no Facebook Live. But the eyes of the world were collectively focused on the events unfolding in Pennsylvania, the Pentagon and, most notably, Lower Manhattan.

I was in Tokyo, about to go to bed after a long journey home from New York where I’d been visiting friends and catching some of the US Open tennis tournament, when the phone began to ring. By the time I went to work the next morning, which happened to be next door to the swiftly barricaded US Embassy, our world was forever changed.

While I’ve been back to New York in the years since, I don’t think I ever ventured any further south than Chinatown. It was partly because I wasn’t ready to see the devastation of a neighbourhood I associated with so many happy memories — when I lived in the city after college I used to meet friends for drinks after work at the World Financial Center, across the street from the World Trade Center — and partly, I think, because I wasn’t sure what I’d find in its place.

But earlier this year, almost two decades since 9/11, I returned to Lower Manhattan and discovered a neighbourhood full of life, history and hope. Stretching from the Brooklyn Bridge at the north to Battery Park at its southern tip, the district packs a lot into one square mile: Besides the 9/11 Memorial and new One World Trade Center, there’s City Hall, Federal Hall, Wall Street, the New York Stock Exchange and South Street Seaport. Not to mention 32 hotels, 540 restaurants and bars, and 640 shops, according to the Alliance for Downtown New York.

My base was the historic Beekman hotel, occupying a restored landmark building that was completed in 1883, the same year as the Brooklyn Bridge. Its unique design extends from the eccentric reception space with its mosaic marble threshold, to a nine-storey atrium capped by a pyramidal skylight. Even the art references the hotel’s history and location, with portraits of Ralph Waldo Emerson and other 19th-century writers who frequented the site when it housed the Mercantile Library Association.

The Beekman is one of several landmark buildings in Lower Manhattan, all of which lend the area its Old New York charm, but these days it’s a new generation of world-class architects that’s reshaping the skyline. Just down the road from The Beekman I caught my first glimpse of the Oculus. The transportation hub designed by Santiago Calatrava emerges from the ground like two white wings ready to take flight.

The US$4 billion public-works project is even more striking from inside, its cavernous atrium surrounded by white ribs reaching to the sky. But it’s also a working railway station — and home to a Westfield mall — with practically every line in the city converging here. The convenience and ease of access, I’m told, is part of the reason Amazon chose nearby Long Island City for its next headquarters — a deal that has since fallen apart — and why many New Yorkers are deciding to move into the area.

That fact is perhaps the most surprising for someone like me, who always associated Lower Manhattan with big business and big government. Whereas the streets were once largely empty on weekends, save for the die-hard discount shoppers at Century 21 department store, they’re gradually being occupied by residents and visitors — not only for the obvious attractions like One World Observatory or the Staten Island Ferry, but also for the plethora of new dining destinations and public areas.

A number of top chefs have taken over historic buildings or spaces, including Nobu Downtown that’s set in the former headquarters of AT&T, Danny Meyer’s Manhatta on the 60th floor of a mid-century skyscraper and Jean-Georges Vongerichten’s forthcoming food hall at South Street Seaport, expected to open in 2021. Even Xi’an Famous Foods, featured on the late Anthony Bourdain’s No Reservations, has set up shop in the Financial District.

The shift in stock-market and foreign-exchange trading from the floor of the NYSE to digital platforms has also led the big banks and financial firms to move out, and allowed media, tech and other more creative-led industries to move in. And it’s created huge vacancies, such as the historic One Wall Street building that was built in 1931 for the Irving Trust Company and is now undergoing the largest office-to-residential conversion in the history of New York.

The new liveliness can be felt across the district, from popular food-and-dining emporium Eataly and upscale shopping centre Brookfield Place to the outdoor concerts and community sailing lessons at Battery Park. The Downtown Alliance provides an online calendar of all the events as well as advice on where to go and what to do.

While the new Downtown may be all about what the neighbourhood has gained, it’s comforting to know it hasn’t forgotten what has been lost. The 9/11 Memorial sits within the footprints where the Twin Towers once stood, with the names of every person who died in the 2001 attacks and a 1993 bombing at the World Trade Center inscribed along the edge of the reflecting pools.

The waterfalls that feed the pools — the largest manmade waterfalls in North America — create an atmosphere of peace and tranquility amid the surrounding buildings and businesses. As I peered into the water and ran my fingers along the bronze panels, I felt a deep sense of gratitude for what had been, and a feeling of hope that could only come from revisiting Lower Manhattan and seeing it anew after all these years.

Lower Manhattan’s latest landmark conversion is its biggest and most ambitious yet.

Rising 56 storeys and occupying an entire city block adjacent to the New York Stock Exchange, One Wall Street is an art deco icon of Lower Manhattan. With the relocation of most major financial institutions uptown, the landmark building was acquired by Macklowe Properties in 2014 and is now being converted into residences, with 566 apartments ranging from studio to four-bedroom, plus a penthouse.

While the conversion retains the architectural integrity of the original design as well as the famous Red Room and its three-storey-high mosaic by Hildreth Meière, its interiors are essentially new constructions with all the latest high-tech features.

The new One Wall Street will also house 174,000 square feet of retail space, including a Whole Foods Market, and another 100,000 square feet of amenities, including a residents-only pool, gym and dining spaces. Its crowning glory is a three-storey penthouse topped by the famous White Room, a majestic space once used as a boardroom whose key design element is a ceiling lined with seashells.