Your First Look Inside Aman’s Latest Property in New York 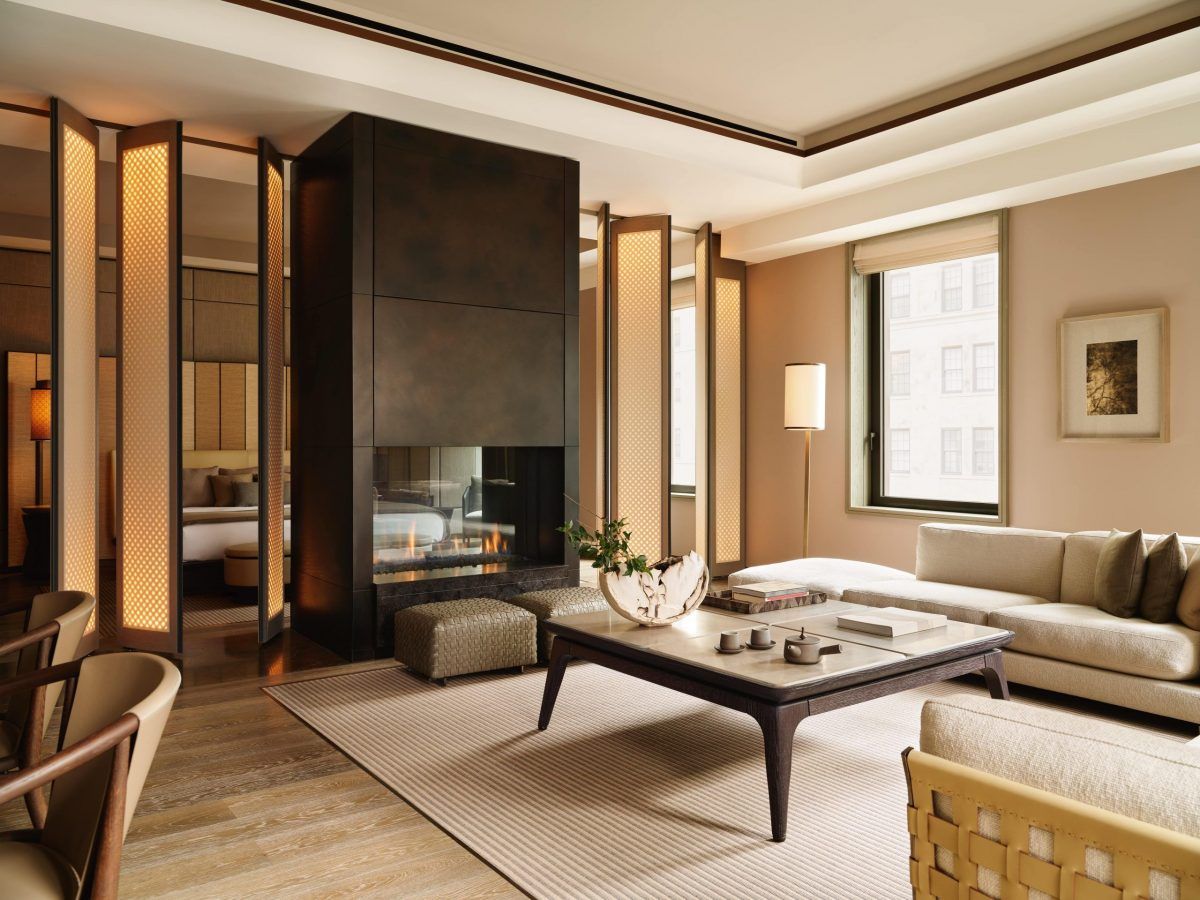 Luxury hospitality brand Aman has just announced that the much anticipated Aman New York is now open for reservations.

It has now been crowned the most expensive stay in the city, situated in the 100-year-old Crown Building at 57th and Fifth Avenue. Aman New York also joins Amangani in Wyoming and Amangiri in Utah as the brand’s third destination in the United States.

“The opening of Aman New York is a milestone moment in the evolution and growth of the Aman brand, cementing our strategy to bring the coveted Aman lifestyle to the world’s greatest urban locations. The hotel, Aman Club and Aman Branded Residences bring a new proposition to Manhattan. Generous amenities and the unparalleled Aman service deliver a guest experience like no other, as we continue to push boundaries and set new standards in luxury hospitality,” says Aman’s Chairman and CEO, Vlad Doronin.

The biggest difference between the New York locale and most other Aman sites would be having to vertically stack the amenities rather than sprawling them out as a result of New York’s cityscape. The only other Aman destination that’s built similarly would be the one in Tokyo.

Here, the 83-suite hotel boasts opulence – the smallest 340-square-feet studios, for instance, are only available as an adjoining room to make your already lavish USD$20,000-per-night corner suite even bigger. Most of the rooms here are the 815-square-feet premier suites and are set to be priced from USD$3,200. Each suite offers a functioning fireplace, a large soaking tub, a heated bathroom floor, and either a steam or rain shower, with Japanese-inspired interiors that bring balance and harmony, a stark contrast to the busy Manhattan streets below.

Yet, the rooms at Aman New York will only constitute six floors of the building. The spa and wellness centre encompasses three floors and is complete with amenities including a tranquil indoor 20-metre pool, 10 treatment rooms, cryotherapy chambers, and fitness facilities including the latest technologies of assessment sciences.

At this point, we doubt you’d even be surprised to know that there’s a fully functional medical practice that spans the entire floor within the spa too. Here, it’s fitted with a medley of devices that’ll test anything from inflammation to stress levels in your body, with wellness immersion programs that incorporate treatments like acupuncture, intravenous peptide boosts, or hyperbaric oxygen therapy.