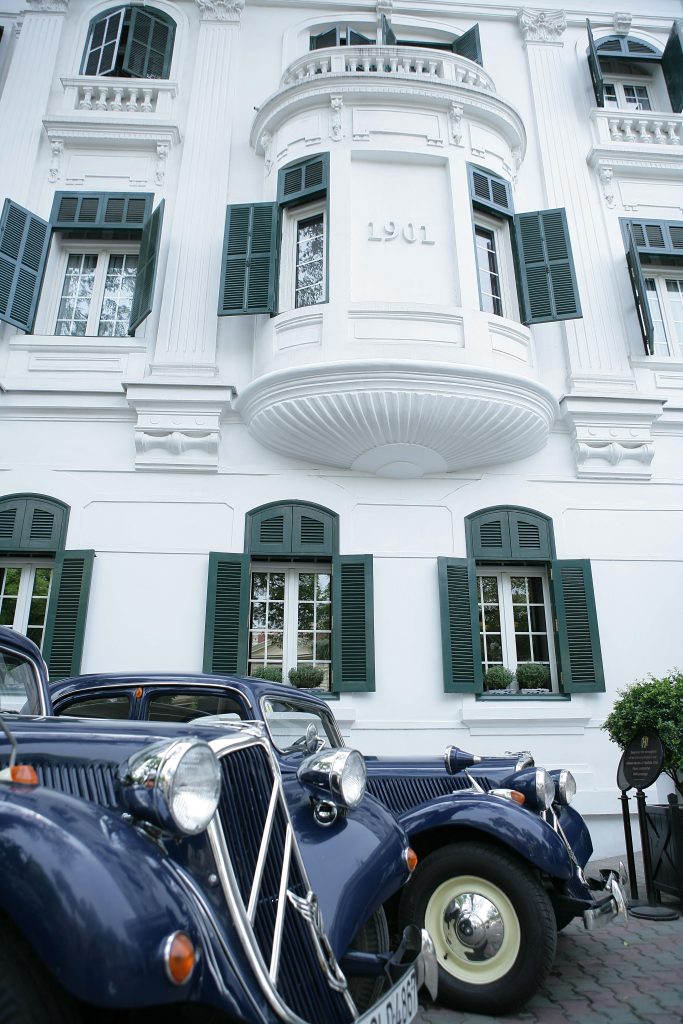 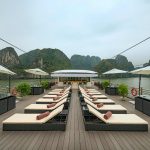 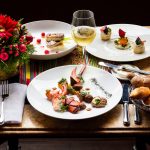 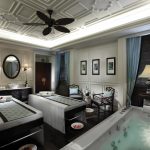 Many hotels claim the appellation grande dame. Few are worthy of it, but one that has most definitively earned that sobriquet is the Sofitel Legend Metropole Hanoi. Opened in 1901, the hotel has played host to a long list of the good, the great and, in some cases, the shady, including Graham Greene, Mick Jagger, Charlie Chaplin, Joan Baez and Robert De Niro. During my stay, Gérard Depardieu was in residence (I literally bumped into him in the lobby and he really does have an almighty hooter). Also in residence at the time was the current Israeli Prime Minister Benjamin Netanyahu, never alone and always surrounded by an entourage of large chaps in dark suits muttering into their cuffs. No chance of bumping into him.

Why the hotel attracts such distinguished guests is immediately evident upon entering. It is old-world French-colonial charm personified, reassuringly solid in brass and dark woods, reverential in porcelain and hushed corners, but with a degree of panache that the other old dears – The Strand in Yangon, Singapore’s Raffles and the Eastern & Oriental in Penang – might struggle to match. What these hotels have in common is their position on historical shipping routes and, later, air routes from Europe to the Far East, coming into their own in the heady days of France’s Air Orient flying-boat service.

The Metropole opened when Vietnam was part of French Indochina; it was renamed the Thong Nhat following independence, and during the Vietnam War sheltered guests – including Jane Fonda – in its bomb shelter during the Christmas bombings of 1972 (the refuge and its cramped confines was recently rediscovered and is now open for tours). After the war, the building housed several embassies and consulates in the 1970s, and in the early ’90s reopened as the Pullman Hotel Metropole following extensive renovations; the Opera Wing was added during the Pullman era. It took its current title in 2009, as part of the Sofitel Legend collection. All this and more can be found in a highly detailed account of its past along the History Path in the Metropole Wing, while the hotel has resident historians who remember the war only too well, and who give highly informative tours with a number of anecdotes thrown in for good measure.

The Metropole’s historic pedigree comes to the fore in the original Metropole Wing, while the Opera Wing, in neo-classical style, is less teak, more chic. In all, the property has 364 rooms, including three suites named after Greene, Chaplin and Maugham that are favoured by visiting heads of state. Yet the property’s storied past does nothing to cramp its style. Like many great hotels, its bars and restaurants are a focus for high society. Of particular note is the fine French dining at Le Beaulieu, where the French Dover sole with hazelnut crust is particularly outstanding. Spices Garden offers Vietnamese classics such as pho (actually a breakfast dish), spicy pork ribs and soft-shell crab rolls. Bamboo Bar, next to the pool, is a wonderful venue to chill of an evening (perhaps literally – Hanoi is quite cool in the winter), while La Terrasse is a Parisian-style street café and a lot of fun, albeit with views of an Asian city’s street life complete with the ubiquitous scooters.

The Metropole is located just a stone’s throw from Hanoi’s most famous tourist attraction – Hoan Kiem Lake, complete with scenic pagoda in the centre and ornate bridge to a small island. The lake is renowned for its giant turtles, though it’s now uncertain if any are left, one being found inauspiciously dead last year. The road around the lake is pedestrianised at the weekends, bringing in youngsters who sing and play instruments or take part in traditional street games and impromptu football matches. The street-party atmosphere is particularly fun at night, as is the market area to the north running along and off Hang Dao Street. An evening there settles the Hanoi versus Ho Chi Minh City debate very easily on the side of the former: its decaying but dignified French-colonial architecture, street life and laid-back atmosphere make it an easy winner. And after a lively evening of great food, live music and Ha Noi beer, it’s a real treat to retire to your Metropole room and the sumptuous depths of its Sofitel Mybed.

Northern Vietnam’s most famous tourist attraction, the karst islets and pinnacles of Ha Long Bay, is four hours by car from Hanoi, though the Israeli prime minister opts to go by helicopter. The bay is said to have in the region of 2,000 limestone islands, depending on the definition – some are really large rocks, while others are quite sizeable and support fishing communities. The jagged grey crags topped with lush vegetation set against the blue-green waters of the bay have earned the area a listing as a Unesco World Heritage Site, though that status is by no means unusual these days. What is remarkable is the bay’s beauty; and as one of Earth’s natural wonders it should be on the itinerary of any trip to Vietnam.

I last visited Ha Long Bay eight years ago, from the vantage point of a sizeable, upmarket cruise liner. Back then, the numerous vessels that sailed from the ports to the east of Hai Phong for overnight trips among the islands looked a little down at heel, in some cases barely seaworthy. No longer. Of the many high-end craft that now ply the waters, those in the Paradise Cruise fleet are particularly plush. Ours – the 31-cabin Paradise Elegance 1 – was launched in the spring of this year and is the only boat of its kind based in Ha Long Bay to offer five-star amenities such as near-round-the-clock room service, fine à la carte dining, a piano bar with live music, and beautifully appointed, generously roomy 25-square-metre cabins with balconies and all mod cons. For those not arriving on liners, this is the way to see the bay.

The Elegance’s chosen spot for the night is Coconut Island, though by dawn it becomes apparent that it’s also favoured by 30 other vessels, albeit a respectable distance away. From Coconut Island, Paradise Cruises offers a selection of activities such as kayaking through sea arches and caves and the chance to spot golden-headed langur monkeys and their ginger infants, while on-board diversions include massage, cooking classes, tai chi on the sundeck and the opportunity to make a fool of yourself at the karaoke microphone.

The success of the award-winning Paradise fleet means it’s growing. The Elegance 1 now has a sister vessel, while the engagingly named Paradise Prestige is also new, a wooden vessel with junk sails. Typically, guests book for either one- or two-night trips, though charters are available. However, the distance of the embarkation and disembarkation point – Tuan Chau island – from Hanoi and other major tourist points means that an increasing number of visitors choose to stay on land for a few more days.

Paradise has answered this demand by building a suite of resort hotels on the island – the Paradise Suites and Paradise Trend hotels. The former comprises 78 suites (and has a truly sumptuous spa) and is in a more classical style than the Trend, which has 78 rooms with an edgier, more contemporary feel. Combining a trip around the bay with a few nights at one of the hotels gives visitors the chance to explore the sights on land as well as at sea, and indulge themselves with a spot of pampering between sampling the many varied attractions this part of the world has to offer.