All images courtesy of Belmond

For those of us that are willing to travel for food, France has always been at the top of the culinary bucket list — especially when it comes to fine dining and Michelin-starred restaurants. Now, if you are indeed a connoisseur, how does six days on a luxury barge floating across France while dining at a different Michelin-starred restaurant every day sound? Almost too good to be true, almost.

Thanks to Belmond, which was recently acquired by French luxury behemoth LVMH, all you have to do is hop aboard the Belmond Napoléon to experience their most decadent cruise yet, the Epicurean Burgundy: A 12 Star Cruise. The experience takes guests through the fine wine and dine regions of Burgundy and Beaujolais, from St-Jean-de-Losne to Lyon, to six different Michelin-starred restaurants throughout the week. 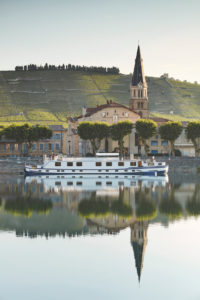 Dubbed a “12 Star” cruise, the restaurants range from impressive one star eateries through to iconic restaurants that have been awarded the highest accolade of three stars. Highlights include a lunch at Maison Lameloise, a restaurant that has been honouring traditional Burgundian heritage since 1921. The restaurant, which is housed in an old coaching inn, is headed by Executive Chef Eric Pras who brings his modern interpretations of classic dishes to the forefront. Expect bright and creative dishes such as Burgundy snail tart with fizzy pickled garlic and nettle coulis. 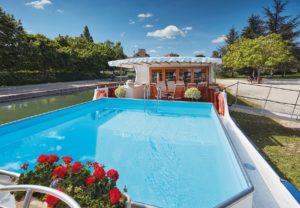 Other noteworthy stops include a visit to Georges Blanc’s eponymous flagship restaurant, which has held three star status since 1982. Here, guests can sample his famous Poulet Bresse, a French chicken with an appellation and his reimagined classic of Vonnas pancakes. For the final dinner in Lyon, guests will also get the chance to dine at Restaurant Paul Bocuse which has been drawing gourmands to sample la cuisine lyonnaise since the 1950s and offers the acclaimed chef’s incredible black truffle soup which was created for former French President Valéry Giscard d’Estaing. 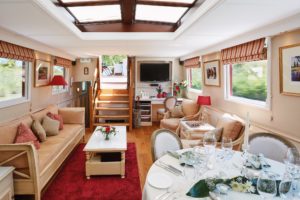 Over and above all the eating, the luxury boat tour also includes stops for exploration and activities. There will be a visit to the historic Clos de Vougeot, a castle (with wine cellars) built by 12th-century Cistercian monks; a private tour of the fabled 15th Century hospital-turned-museum Hôtel-Dieu; as well as stops for the French towns of Chalon-sur-Saone, Tournus and Lyon, all of which are considered must-visits for those that love French cuisine. Other activities include cycling along the canals, cooking classes and visits to local markets and châteaux. 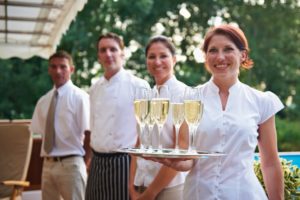 The luxury barge can accommodate between four and twelve passengers and cruises are offered on an all-inclusive basis. This includes all meals and a full crew with private chef, hostess, captain and tour guide to assist the luxury experience. The experience starts from approximately HK$62,500 (€7,333) per person (based on 12 people) and will depart on 9 August 2020. 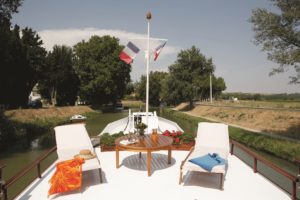 france
river cruises
belmond
Fontaine Cheng Digital Writer
Born and bred in London, Fontaine is a self-proclaimed foodie with extensive experience in the luxury lifestyle landscape. When not exploring the world — discovering cultures and tasting new dishes — she can be found sipping a nice cup of tea (or G&T) hoping to adopt a puppy.
Talk to Me About:
DINING
wine
travel
beauty
Wellness
Style
ART
culture