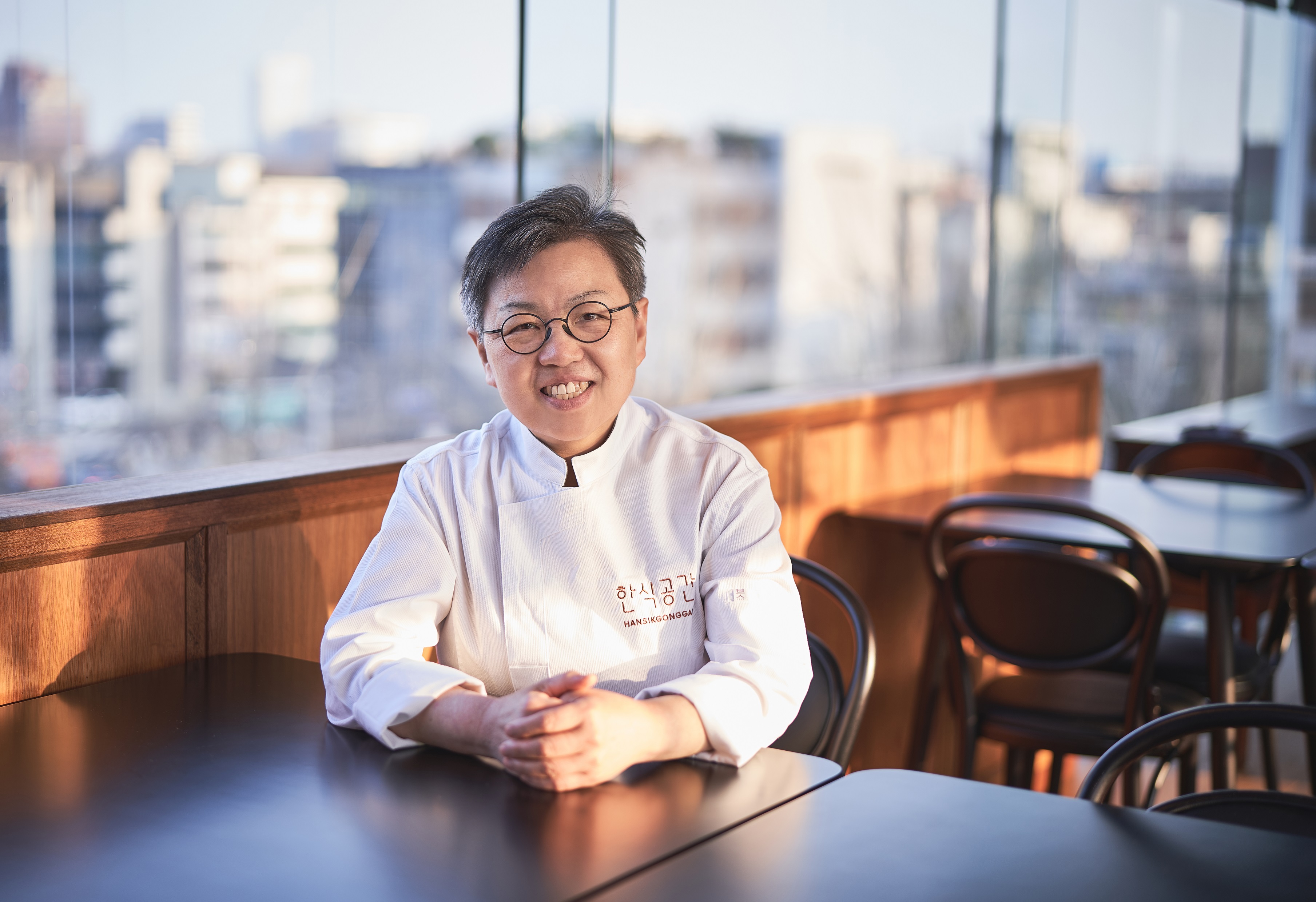 Known as the Godmother of Korean cuisine, you could say that chef Cho Hee-sook is something of an authority when it comes to Korean gastronomy.

And rightly so. In her endeavour to honour and preserve the culinary traditions, she has shared her depth of knowledge and research, while mentoring the new generations of Korean cooks to ensure that it will not be lost. In doing so, she has now been recognised as Asia’s Best Female Chef in 2020. We sat down with the Korean chef to find out more about her Seoul-based restaurant Hansikgonggan and how she plans on preserving the traditions of her native cuisine with modernity.

Congratulations on becoming the winner of the Asia’s Best Female Chef Award 2020. What does this award mean to you?

For my entire career, I did what I did without watching the clock. This career could have just been lost in the midst of time. But I’m blessed with this award, it’s more than what I deserve. I wish my senior female chef counterparts who have worked constantly can be awarded with me.

Can you tell me a bit more about your restaurant Hansikgonggan?

Hansikgonggan is a restaurant that preserves the foundation of Korean culture by serving refined traditional Korean food. It’s also a space where I can reflect on various experiences working with Korean cuisine for the past 40 years. We are using as many traditional cooking techniques as possible while also researching ways people today can enjoy these foods together. A clear view of Changdeokgung Palace, which is next to the restaurant, is something that only Hansikgonggan guests can find. Our food, along with the scenery, is offered in a space where you can experience Korean tastes and charm together.

Did you encounter any challenges when you opened the restaurant?

Running a restaurant is not only about cooking food. It’s also about managing the workforce and [things like] tax. When I was working for hotels, all I needed to do was cook. Compared to my long career as a chef, managing a business is new to me. And I’m learning new  things every day.

What was it like to be a young chef rising through the ranks of Seoul’s hotel kitchens?

I was lucky enough to become a head chef only a few years after I started my career. About 5 years after I started working in a hotel kitchen, I was in charge of a newly opened Korean restaurant. As a leader, it was not easy to lead other male chefs who were older, had longer careers, and were going towards the same direction as me.

Fast forward to today, how are you hoping to preserve Korean culture and the culinary traditions that come with it?

I preserve traditional Korean flavours through seasoning and cooking techniques, while also incorporating new ingredients. I also show Korean style and nuances through plating and presentation, converging all these details and coming up with new dishes. That’s how I built my own style. That’s why at Hansikgonggan, we serve traditional recipes in a modern setting, while using modern presentation and plating to evoke a modern day feel to the food.

You’ve researched Korean cuisine and local ingredients extensively, can you give me an example of something you use in your cooking?

It would be great if we can always eat the freshest seasonal local ingredients at any time. But in Korea, because of our brutal winters, we use a lot of preservation techniques in our cooking. We harvest the best ingredients when it’s in season and store them. One example would be Bugak, our signature menu from Hansikgongga. Bugak is made by thinly slicing vegetables or seaweed coated in a glutinous rice paste. It has to be dried for 1 to 3 days and then deep-fried before serving. I use the phrase “food encasing seasons”, because just like traditional Korean jang (sauces), kimchi and jang-a-chi (pickled food), it preserves seasonal ingredients for a long time. These are techniques that were passed down by our wise ancestors.

Much like Chinese cuisine, Korean food is still not considered as high end enough. Why do you think this is the case with Asian cuisines, especially when compared to western counterparts like Italian or French?

In my opinion, there is a myriad of stereotypes that surround Asian cuisine and the global knowledge and awareness of these cuisines are still very little. For example, people tend to think that Korean food is mostly spicy and salty. Only very few dishes, like Korean barbecue, kimchi [fermented cabbage] and bibimbap [rice topped with sautéed vegetables and meat] are known globally. Many foreign guests are surprised by my food. They ask me if it’s really Korean food. This is because the culture is not well known and the global knowledge about the culture is fragmentary — people do not know the background.

What do you think of fine dining today?

The fine dining scene in Korea has been changed according to the guests’ lifestyles. Every time I try to come up with new dishes to surprise my guests, I ask myself what’s the end goal? What makes it the best and does it even exist? My Asia’s Best Female Chef win doesn’t make me the best female chef who cooks the absolute best in Asia. I’m worried about society exhausting themselves and competing for endless supremacy. My opinion of fine dining has changed as I’ve gotten older. These days, I think real fine dining is what makes my guests feel relaxed and comforted.

Where do you see Korean cuisine going in the future?

At the beginning of my career, it was very difficult to try new things – breaking away from tradition was discouraged. But as time went on, Korean food started to fuse with Western ingredients, and modern Korean cuisine started to rapidly spread, led by the globalisation of Korean gastronomy. Now we see various food cultures combining with Korean, and the refining of traditional Korean flavours with modern touches taking place — this can be considered modern Korean cuisine. This movement will keep changing according to the diners’ demands. To all chefs, cooking can no longer be defined and categorised by cuisine. It’s about cooking in their own style and the value of the food will be only determined by the market.

Personally, I would like to put all my experiences and knowledge together. So, it will be helpful to someone who needs it. But my top priority right now is Hansikgonggan to become the best Korean restaurant.