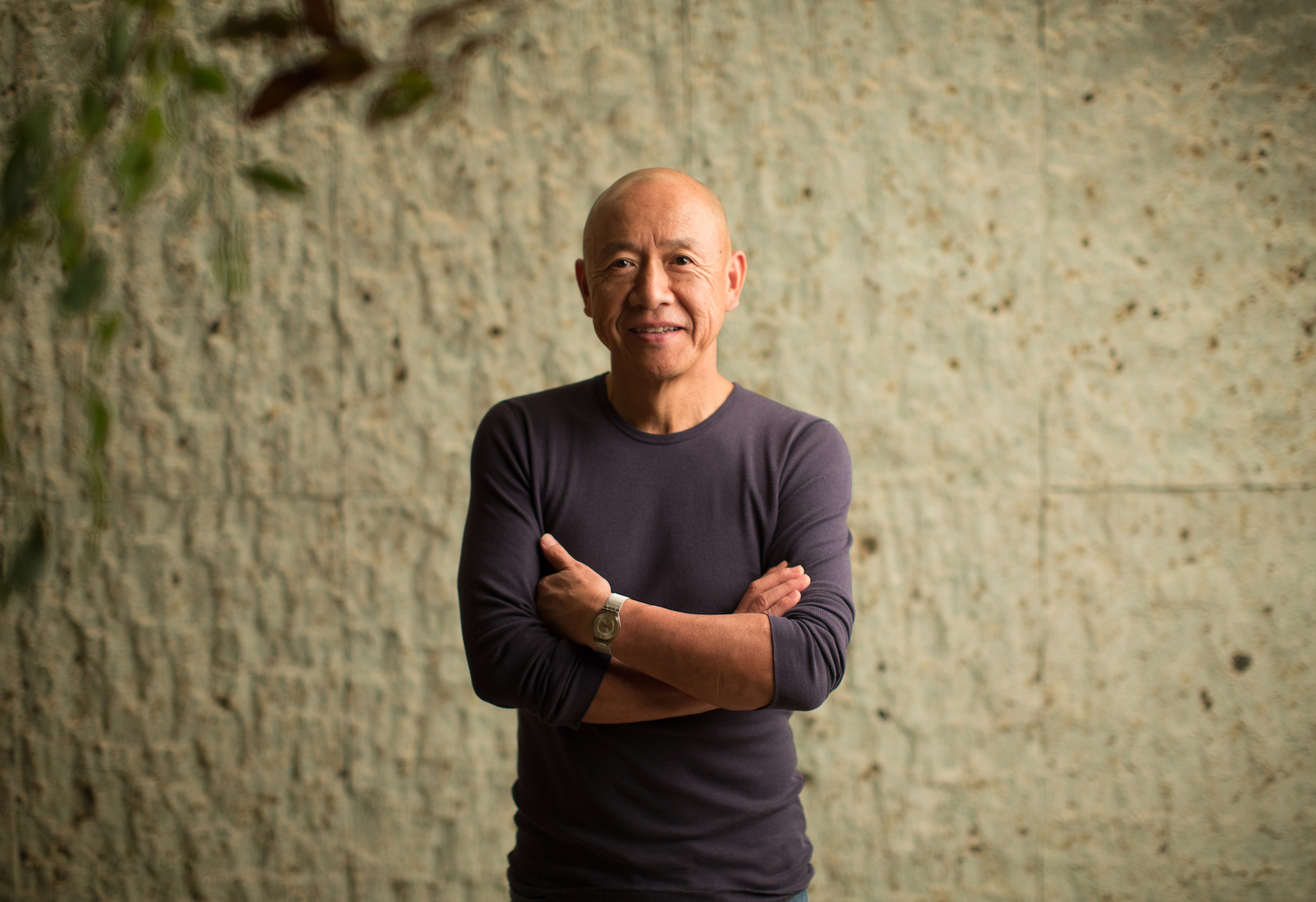 Chef Masa Takayama on Steak, Martinis and His Perfect Meal

It will come as no surprise that the first Japanese chef in America to gain three Michelin stars — at his eponymous New York City restaurant, Masa — is a confident man. And that he certainly is, but chef Takayama (full name: Masayoshi Takayama) also gives off a dignified calmness. Seemingly unperturbed by his accolades, he has a simple formula for creating the best dishes — which he believes can be found in his own kitchen. We caught a quick moment with the celebrated chef while he was cooking for the 11th Michelin Hong Kong Macau Gala Dinner to find out what exactly is in his blueprint for great food.

Can you describe your cuisine in three words?

Your parents owned a fish market when you were growing up. Is that what sparked your passion to become a chef?

Helping them at the shop did. At that time in Japan, that’s what we all did. [Those of us] with small businesses…we helped our parents. That’s how I grew up. My father would make sashimi and I would deliver it to our neighbours.

You’ve been known to say that you’ll never eat sushi in New York City unless it comes from your own kitchen. Why is that?

Mine is better. [Laughs]

So do you eat sushi elsewhere?

I do, I eat at friend’s places in Japan. Other than Japan…I do. Last time I was in California with my daughter, she bought some rolls. It was good. But in New York, I don’t know.

What do you think about modern sushi culture?

It’s amazing how young people know how good sushi is now. Now we have five- and six-year-olds coming in with parents and they eat everything. This generation is changing. I didn’t expect sushi to be this popular 30 years ago. In the beginning, it was a lot of rolls but now, people eat more. Mostly salmon, tuna and eel right now, but it’s a great thing that the kids know this type of sushi.

Some people think that the food on your menu is too expensive, what are your thoughts on that?

What do you think about becoming the first chef in America to earn three Michelin stars at a Japanese restaurant?

I don’t think too much about it. I am proud of whatever they give me. It doesn’t matter.

Where do you look for inspiration for your dishes?

In a lot of stuff. When I see it, eat, smell it…it makes me feel inspired. Even sometimes [when we are] talking, the words will hit a nerve and will give me a feeling, a sense for my ingredients, like spiciness. Or when people say words like “crispy”. I think, “Ahh, people are impressed by this”, and those words inspire me and go into my dishes. It’s in everyday life. Sometimes, I will go run in Central Park, if the weather’s good, and I love to see all the nature and get some fresh air for inspiration.

What was the last great meal you had?

It was in my kitchen. I bought some fresh beef stew meat from the store and cut it very thinly against the grain. I marinated it Korean style, with garlic and spicy sauce. That was really good, I did it twice. I made it for the family meal [for the staff] at the restaurant. A big pot to feed about 50 staff members. It took me about three or four hours to cook.

Do you have any guilty pleasures?

I love steak and martinis. These days I’m eating New York strip, rare. As for a martini, I like it dry with Bombay Sapphire — stirred, not shaken, and with olives on the side. We had it last night. I also like a vermouth wash and the martini served in halves because I like it really cold. You know, the first sip and the last sip taste different.

You’ve been called a perfectionist. Do you agree? And what is a perfect meal for you?

I don’t think I’m a perfectionist. This is just what I like and what I do. But maybe I’m that kind of person that is particular. If I don’t like something, I’ll send it back. I did it last night, but I won’t talk about that! A perfect meal can be any kind of cuisine. All you need is the right temperature, fresh ingredients all perfectly cooked, and that’s it. The rest [music, lighting, ambience, etc.] — I don’t think so. Even a chipped plate, I don’t mind.

What do you like doing outside of the kitchen?

For fun? On a beautiful day, I’ll go biking by the Hudson River and go all the way up. I also enjoy running, outdoor sports and hiking, too. I used to play a lot of golf, but not these days as I’m too busy.

What do you think of Hong Kong and Macau?

I’ve been to Hong Kong once, this is my second visit. And Macau, this is my first time. I’ve not been able to see much. I think it’s very much like a smaller version of Las Vegas. I had a restaurant in Las Vegas for nine years, so I went every month. My first time in Hong Kong was only for two days, so I didn’t get to explore. The food was good, though. We went to a restaurant for Cantonese food — really good. I love steamed fish, with the ginger and spring onion. Simple and fresh.

Any plans to open any restaurants on this side of the world?

No plans right now, but maybe in the future. I mean, I love Chinese food, and there’s fresh ingredients here. So maybe…