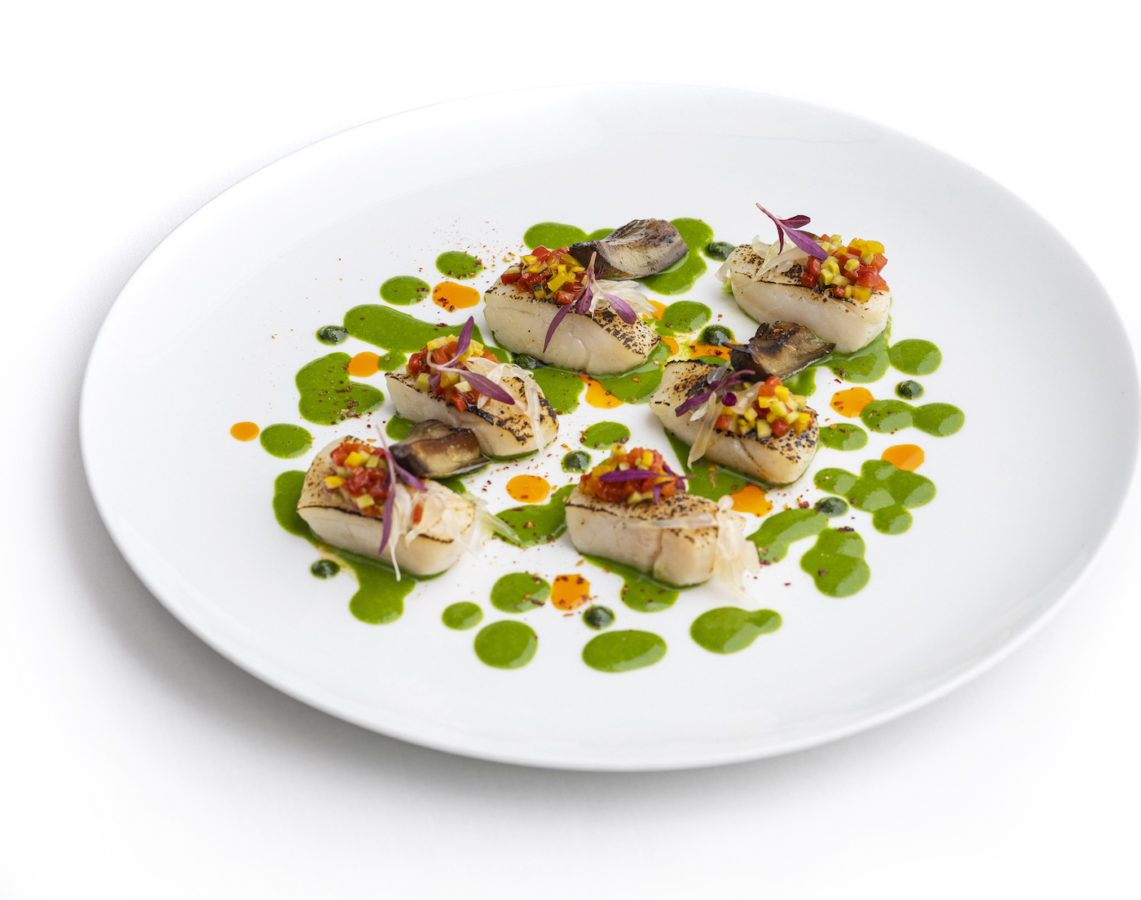 Aussie Spirit: Shane Osborn on the Launch of His Restaurant Group, the Arcane Collective

Wine & Dine
Aussie Spirit: Shane Osborn on the Launch of His Restaurant Group, the Arcane Collective
Share
Next article

We talk to Australian chef Shane Osborn about the launch of his new restaurant group, the Arcane Collective, and the philosophy behind it.

Since arriving in Hong Kong in 2012, chef Shane Osborn has established himself as one of the most recognisable figures in the local hospitality industry, a status that was uplifted after his participation in Netflix’s global culinary competition, The Final Table, in 2018. Previously, while working in Pied-à-Terre in London, he’d become the first Australian chef ever to win one and then two Michelin stars.

Osborn’s Central restaurant, Arcane, which opened in 2014, has won multiple awards and currently holds one Michelin star. His cuisine, which focuses on fresh and environmentally friendly modern European dishes, is also at the heart of Cornerstone, the casual trendy eatery he opened two years ago on Hollywood Road. Recently, Osborn announced the launch of The Arcane Collective, a family of talent-driven restaurants that carry the DNA of Arcane. He tells us about the group’s upcoming new restaurant, positivity and Australian food.

How did The Arcane Collective originate?

I started Arcane in 2014 with my business partner, Nick, with the long-term vision of growing organically and slowly, with the talent that came through Arcane. Not to build concept-driven restaurants, but talent-driven restaurants with the chef, the sommelier, the waiters and the waitresses.

Great restaurants take a long time to develop – it’s just having a long-term vision. That’s why we opened Arcane and then, six years later, Cornerstone. Now, we’re ready and stable enough to open the third restaurant.

During your career you’ve always championed sustainability. Have you thought of opening a vegan or vegetarian restaurant?

That all depends on the talent – if we got a chef coming through who cooks only vegan or vegetarian food, we’d consider opening that restaurant. The market’s changed a lot, especially over the last year, with Covid – people are really looking at their diets and the way we’re eating and how we’re affecting the planet, so I think that that market is only going to grow over time.

The new restaurant is going to be run by Mike Smith, who’s my chef de cuisine here, and that restaurant came around because he stopped eating meat about a year ago, so we started talking about a concept that’s built around that. It’s going be 70 to 80-percent plant-based, and 30 percent of the menu will be sustainably sourced seafood.

As group, we’re always looking to evolve and improve our offering, whether it’s the food or the drinks, not just in quality but also in the choices that we make in our sourcing. I think we’re all aware of what’s happening to the planet and that we all need to start taking a bit of responsibility. We’re not a 100-percent sustainable restaurant – we’re far from that – but we’re trying to make as many choices as we can to improve, day-by-day and week-by-week. It’s a hard process but it’s something we’re committed to.

How does it feel, expanding during a pandemic? Did you think it was going to be possible?

I’m a bit of an optimist. Life has to go on and the world’s been through far worse things. Covid – and the protests before that – have been very difficult for all of us, but I think that we’ll get through this – and that’s what we keep telling our team, that life will improve. We’re planning for the future. There are good opportunities as well at the moment – landlords are being a little bit more forgiving on the rent, so if you have the right idea and you’ve got the financial support it’s actually a good time to start looking to expand.

Tell us about Moxie, the new restaurant opening soon at Landmark.

It’s going to be an all-day venue, for breakfast, lunch, dinner, and there’ll be light snacks in the afternoon. In the daytime, you can come in for a salads and there’s a great coffee offering – obviously with takeaway services as well.

The design is very contemporary, very clean lines, following the Japanese and Scandinavian aesthetic. We’re really excited for this restaurant and Mike is an outstanding chef. He’s worked with us for almost five years and we’ve been working quite heavily on the menu for the last couple of months. This is the style of food that I like: more casual, plant-based and healthy.

It’s hard to define the cuisine, because I’m Australian but I worked in London and Scandinavia, and my family and I live between here and France. We call it Modern European, because it makes sense – there’s a lot of French techniques and then we have a lot of local produce, particularly for the new restaurant. It’s all about the product.

You opened Arcane in 2014. How has your approach to food evolved since then?

As a chef, if you don’t evolve, your restaurant will have a short life – particularly in Hong Kong, where people always want to know what’s new. You need to constantly evolve, you need to be pushing forward, otherwise you become stale. And food has evolved massively over the past seven years.

You said the Arcane Collective will be Australian in spirit. What’s Australian cuisine to you?

We’re Australian in attitude. In Australia, there are no rules when it comes to food – you know you can do a beef dish with an Italian pasta. When I went to England at the age of 20, everything was very regimented – you can’t mix this with that. In France it’s sacrilege to alter some things and the same in Italy – they’re very traditional about how they do everything. In Australia, we don’t have that long history of food culture, so we can come up with our own interpretation. It’s also such a multicultural country with so many different cuisines that we borrow and steal from. It won’t have its true identity for maybe another decade – or even 20, 30 or maybe 50 years. That’s Australian-style cuisine.

Have you noticed an evolution in the Hong Kong dining scene since you’ve been here?

Over the last eight or nine years there’s been more local talent coming out, with independent smaller restaurant groups, which is great. Before, when I arrived in 2012, hotels had a monopoly of all the good restaurants. Now you’re seeing a lot of cool new restaurants opening up and there needs to be more of that.

How did you become a chef? Did you ever think of doing anything else?

My mum was a caterer and a cook in Australia, so at the age of 13 I used to help her during the weekends to wash dishes, and peel onions and carrots. That’s how I got into it. I just knew straight away I wanted to be chef de cuisine. There were no celebrity chefs back in those days and many people discouraged me from choosing this career.

You gained a lot of fame after competing on Netflix’s The Final Table and many call you a celebrity chef. How do you feel about it?

I don’t see myself as a celebrity chef. Before doing the Netflix show, I actually turned down so many television things in the UK. I think the celebrity-chef culture has changed the industry quite a lot. We now get a lot of young people wanting to come in, which is a good thing, but also people think it’s really easy. So they come into the industry and their dreams get shattered because they don’t realise how hard it is to become a chef. At first, you work for lot of hours and it’s poor pay and a long journey – you have to have perseverance and patience to make it.

These are the World’s Most Expensive French Fries

Where to Eat in Hong Kong this July 2021