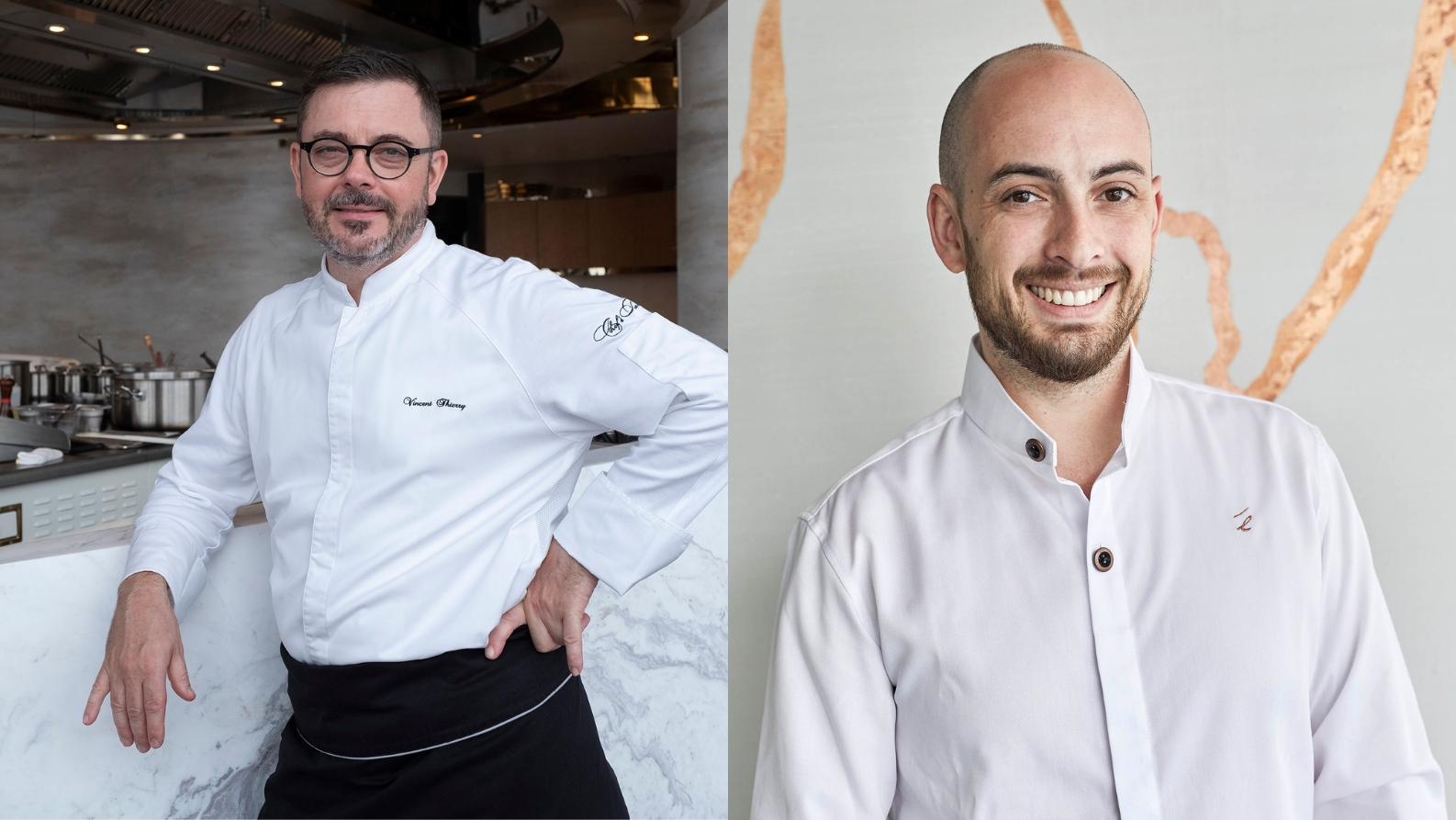 For one night only, award-winning French chef Vincent Thierry will be in Hong Kong for an exclusive collaborative meal with another French Chef, Maxime Gilbert of two-Michelin-starred Écriture, on Monday, 12 August. The nine-course dégustation menu will feature inventive French cuisine from the two accomplished chefs, including dishes such as king crab tiramisu with marinaded tandoori fruits and mascarpone cream, caviar bone marrow made with a Royal Caviar Club blend of pickled 8-year-old sturgeon roe, and Scottish langoustine and sweetbread lasagna with tomato and fennel confit and light shellfish.

Chef Thierry, who led Caprice at the Four Seasons Hotel in Hong Kong to three Michelin stars from 2010–2013, is currently the Chef de Cuisine at Chef’s Table in Bangkok, which is perched on the 61st floor of The Dome at Lebua. Since opening in March earlier this year, the restaurant has already begun to make waves in the Thai capital’s fine-dining scene. Pair this with Gilbert’s culinary finesse and his interpretation of French cuisine using exceptional Japanese produce — which helped to put Écriture in the 2019 Michelin Guide with two stars — and this is a dinner that we have high hopes for. We can’t wait to see (and taste) what the chefs will bring to the table.

Everything you need to know about the FENTY x Farf