This Young French Butcher is Determined to Achieve UNESCO Recognition 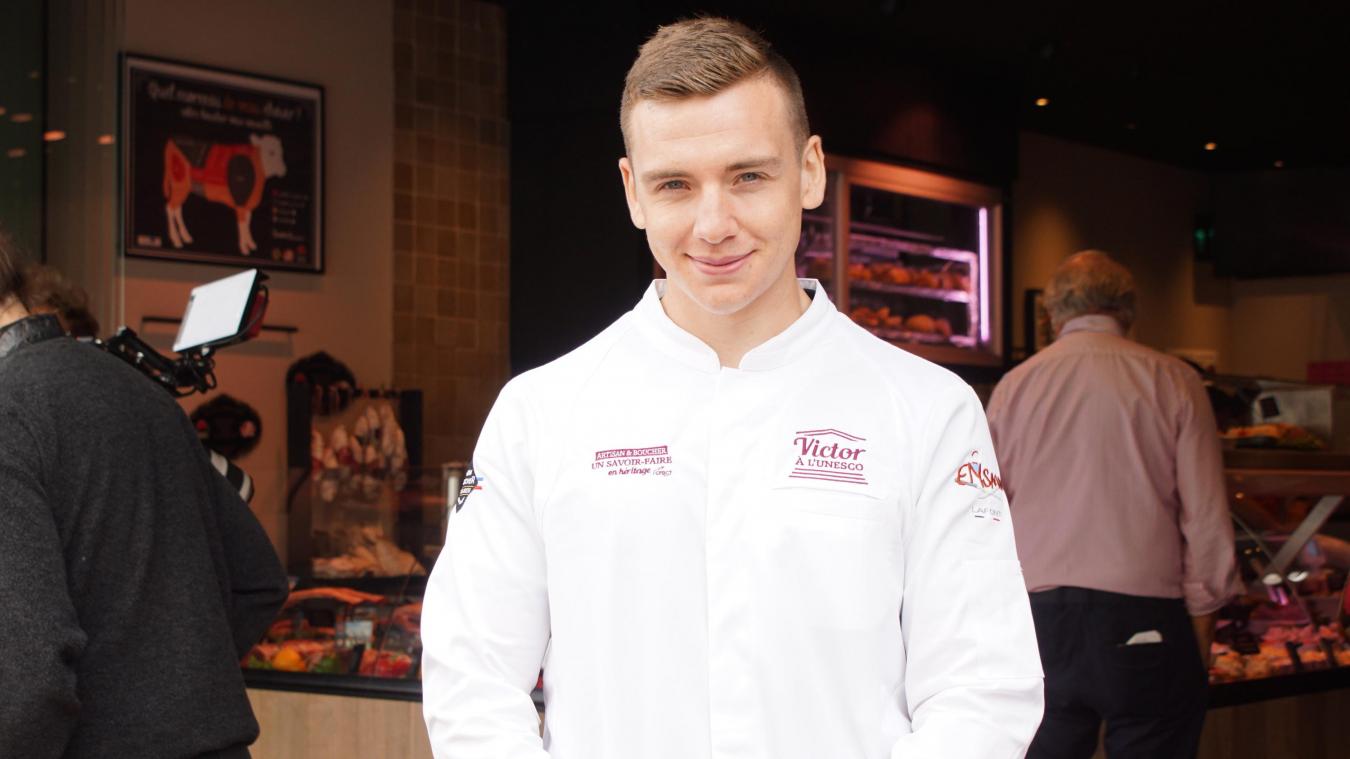 Young butcher Victor Dumas is convinced that his fellow French counterparts wield their knives unlike any other, and is hoping the UN will agree they deserve pride of place at the UNESCO global culinary table.

Dumas, 21, has been touring France for the past year in a campaign to win recognition of his skills from the UNESCO cultural agency, which curates a list of Intangible Cultural Heritage of Humanity.

“There’s a really distinct way of carving in France,” he told AFP in Paris, where he met with chefs as well as fellow butchers known for their dedication to using everything from “nose to tail“.

Travelling to Belfast for the World Butchers’ Challenge in 2018, where he took third prize in the apprentice category, made him realise the French had elevated the age-old craft of carving up animals to an art.

“In a beef carcass, we’re going to come up with 40 different cuts… whereas others aren’t going to make the most of the meat” and settle for just five or six pieces, Dumas said.

He wants French butchering to be honoured alongside Chinese calligraphy, Tinian marble-carving and Kazakh yurt construction on the UNESCO list. The distinction would bring a welcome boost as the number of French artisan butchers has been dwindling, in part reflecting a social shift towards eating less meat.

But Dumas does not think his profession is in danger. “People will always need to eat, and more and more are seeking out quality — we saw this during the virus lockdown,” when getting dinner on the table every night suddenly became a preoccupation for millions.

Dumas says he knew his destiny when he was just five, recalling the “human contact and sharing” when neighbours would join his family-butchered animals at their farm in the rolling hills east of Lyon in southeast France. His job was to crank the hand grinder for making sausages.

“When we would kill a pig, it was our annual party,” he said. “It was incredibly festive, and in one day we would fill the entire larder.”

He began his studies at 15 and is now apprenticing to learn the secrets of charcuterie and other pork delicacies in Aix-les-Bains in the French Alps.

These days, wearing his crisp white jacket embroidered with “Victor a l’Unesco”, the butcher can carve and mount a rack of lamb, the quintessential centrepiece of a fancy Sunday lunch, in under 10 minutes. He is already preparing to compete in the world championships in California next year, when he also aims to officially submit his UNESCO application.

“Victor represents all the butchers who adapt according to tastes and seasons,” said Mathieu Pecqueur, head of the Culture Viande industry body.

“The French art of preparing meat is recognised in countries worldwide,” added Dominique Langlois, president of the Interbev meat and livestock association.

“In China, where French beef has just entered the market, we’re being asked to help train people,” he said, referring to Beijing’s recent lifting of a longstanding ban in the wake of the “mad cow” disease scare. He hailed Dumas’s campaign, vowing to support the UNESCO bid “for the next several years if we have to.”