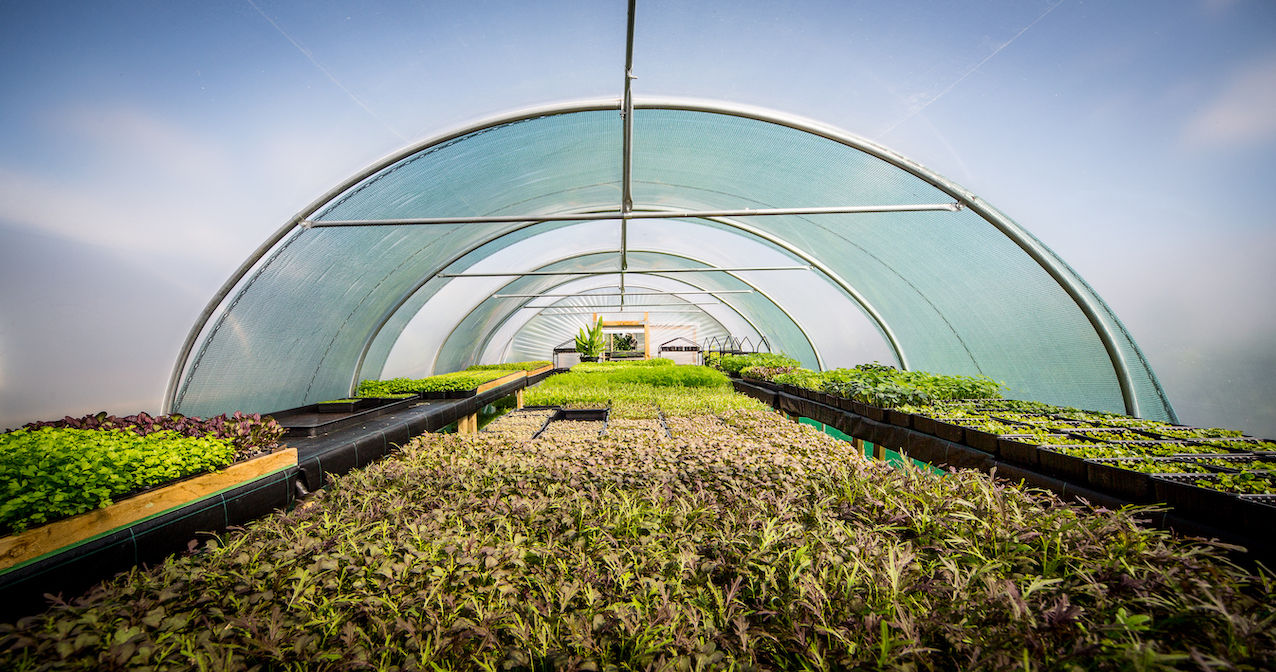 It wasn’t until I boarded my plane from Hong Kong to London and found myself thinking retrospectively, as one does, about my life choices that I realised how similar I am to Roganic. We’re both born and bred in London and then, very naturally, we leapt across land and sea from one food capital to another and planted ourselves at the quieter end of Hong Kong’s Causeway Bay.

But before I bore you with my life story or delve into the subject of Roganic, let’s take this back to 2002, when acclaimed British chef Simon Rogan, who’s worked with the likes of Jean Christophe Novelli, Marco Pierre White and John Burton Race, opened his first nature-inspired restaurant L’Enclume in Cartmel, a village on the southern edge of England’s Lake District.

Grounded in his enthusiasm for sourcing from the natural world, Rogan found that farming and foraging ingredients of the highest quality meant doing so organically and locally. And there’s nothing quite as local as your own 5-hectare organic farm nearby. Named Our Farm, it continues to supply Rogan’s restaurants with organic produce – including herbs, vegetables, flowers and fruits – which he incorporates into his constantly changing seasonal menus. Soon enough, his forward-thinking, sometimes unusual but always natural, British cuisine earned him accolades, including two Michelin stars and five AA Rosettes.

Thereafter, Rogan embarked on several other independent ventures. Opened in 2008, the informal restaurant and bar Rogan & Co, which is just a stone’s throw from L’Enclume, was also awarded a Michelin star. And then there’s Roganic, a pop-up-turned-restaurant located just north of London’s Oxford Street. Reflecting similar elements and thought processes, Roganic is an evolution of L’Enclume that opened in 2016 and, since 2017, runs alongside Aulis London, a development kitchen and chef’s table that his team uses to experiment and get creative with new dishes. Fast-forward to this year, and two of those concepts have since launched in Hong Kong, with Roganic and Aulis opening a month apart earlier this year.

A meal at Roganic comprises long or short tasting menus of 10 to 16 courses of small plates and bites. In short, it’s a showcase of nature’s best, cooked, prepared and presented in a fresh and evocative way. Rogan himself describes it as “ingredient-led, naturally based cuisine focusing on flavours that are harmonious and balanced with a strong message of seasonality and bio diversity”.

It all sounds very technical and biodynamic, but boils down to his brilliance in simple enhancement – a dying art of kitchen sorcery in today’s over-elaborate culinary culture. At Roganic, no camouflage, cover-ups or overcompensation are needed. Instead, beauty is found in wholesome and unrefined ingredients, heightened in flavour by skill and technique alone. His tendency to lean towards pickling or fermenting, compressing or intensifying, is juxtaposed with natural sweetness and delicacy, displaying his innate ability to strike a balance between the two.

“Flavour is everything,” says Rogan, “and to achieve this you need to have an uncompromising approach to ingredient collection and production – and the stories behind them.” Of course, presentation and style are key too, and his modern approach is colourful yet clean and unfussy. “I’m a firm believer in restraint and letting the flavours of these amazing ingredients speak for themselves,” he adds.

As Rogan selects ingredients as fresh and as local as he can get them, the major difference between his London and Hong Kong outposts is in the produce he uses. In London, it goes without saying that the freshest produce comes from his own farm, but as he doesn’t have one here he instead picks the best ingredients he can find from local organic farmers.

“Before opening Roganic Hong Kong, we spent a lot of time researching organic farms in the area – in the New Territories specifically,” he says. “We’re now working with some incredible suppliers, but the produce can differ from what’s available in England. To combat this, we adapt each dish to suit seasonality and availability.”

As for producing it himself, Rogan does so with Evogro; an indoor plant-growing system. If you visit Roganic Hong Kong, you’ll notice the smart boxes or farms on-site, drenched in red and blue LED lighting to promote growth, as well as hydroponics and video monitoring for ingredients such as microgreens and herbs. This season, he tells us, the very best ingredients he’s sourced in Hong Kong are fresh turnips, gem lettuce, amaranth greens and sweetcorn, whereas in London the finest beetroot, cabbages, tomatoes and nasturtiums are available.

A seasonal highlight of his current Hong Kong menu is a dish of leek, turnip and yellow chicken – the breast of the latter is cooked to tender and moist perfection before being paired with a terrine, cooked-down leek and an earthy turnip purée. Berkswell pudding – a savoury English bread- and-butter pud – is an easy favourite, too. Bouncy and comforting, it’s served with sweet birch-sap syrup and generously topped with finely grated aged Berkswell cheese.

Over in London, a seasonal showcase makes use of Cornish duck breast and charred cabbage brightened by a vibrant beetroot sauce. The sweetcorn tart – crisp pastry filled with creamy, smoked-eel emulsion and topped with barbecued and lightly pickled sweetcorn – is notable too.

Having visited both outposts within the space of two weeks, I can clearly see why Roganic works so well in London and Hong Kong. In both, the hushed tones of a high-end establishment are non-existent – and by “high- end”, I mean the quality of food, not the price. The cuisine feels real, for want of a better word, and there’s a sincerity in Rogan’s resolve to show you the food he knows and loves. Ultimately, his desire to reemphasise the connection between food and nature doesn’t just come to life in all the dishes he creates – it succeeds spectacularly.