Considered the Godfather of French haute cuisine, legendary chef Alain Ducasse has been busy in Asia. He recently opened his first restaurant Blue in Bangkok; opened new restaurant Esterre in Tokyo (with another coming up in Kyoto soon); and he snapped up two Michelin stars for Alain Ducasse at Morpheus in Macau and one Michelin star for Rech in Hong Kong this year, too. Not one to slow down, we caught a moment with the famed chef for a quick chat about his new stars, Cantonese cuisine, sustainability and more.

Firstly, congratulations on your stars! Was it what you expected?

I always want more and Pierre wants three [he signals towards his head chef Pierre Marty of Alain Ducasse at Morpheus, who has been with Ducasse since 2008]. It varies a lot. Sometimes I have one more, sometimes I have one less. It comes and goes, but I’m used to it. So I’m never stressed out about it. 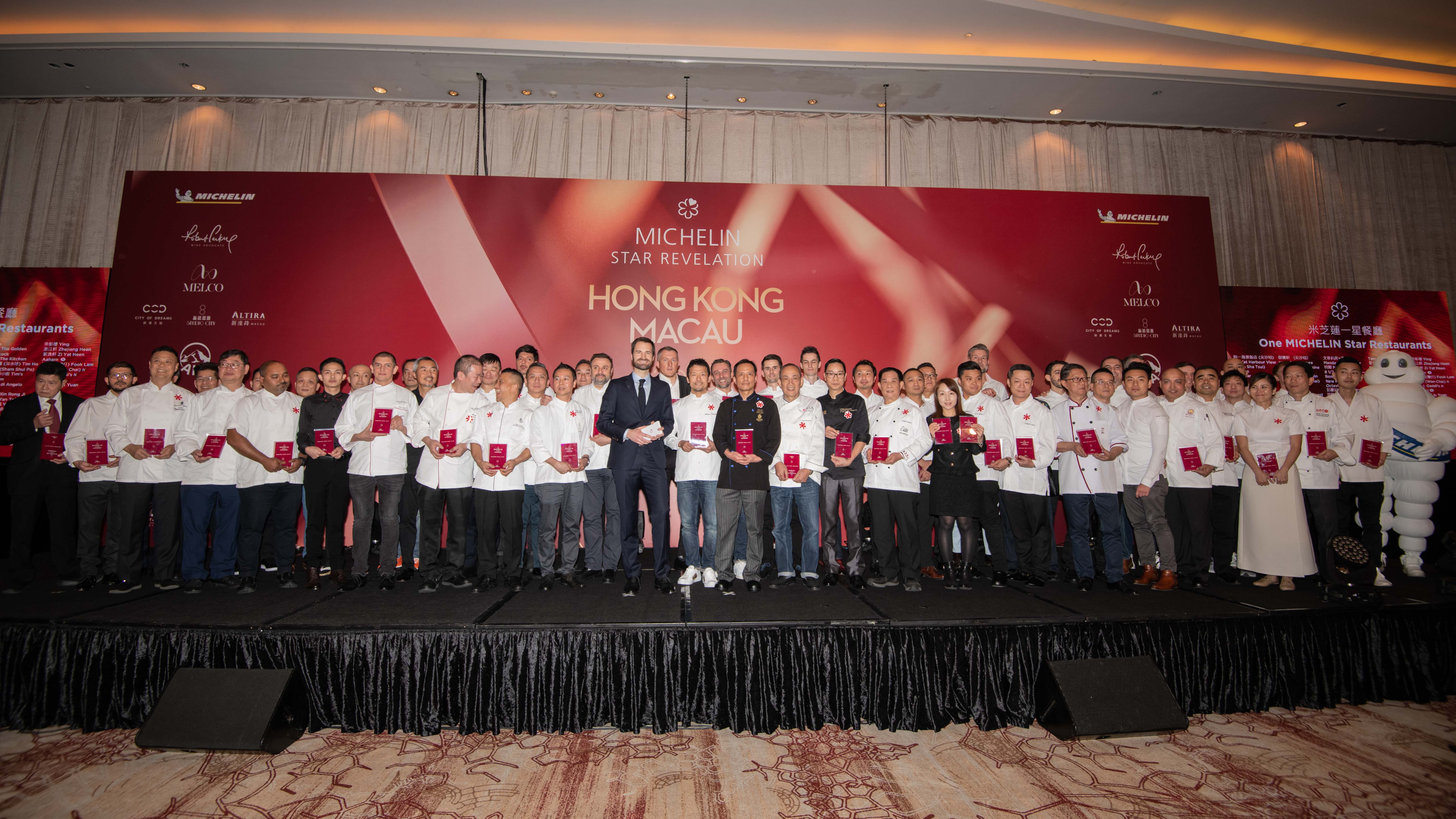 What are your thoughts on the fine dining world?

I would say that this is just the beginning of this culinary movement, or evolution, in the fine dining world. Everywhere you go, you have people who are actually willing to sit down at the table to taste and share these meals.

You’ve been in the industry for many years. How do you keep yourself curious?

My passion is to discover what I do not know. And this is not just in the culinary world, it’s everywhere and in everything. This is my quest. It feeds my thoughts. It doesn’t influence me, but it does allow me to have an array of tastes that become greater and greater.

What do you think about Cantonese cuisine?

It is the most beautiful cuisine in Asia. In terms of French taste, I think it is the closest thing to what we like and are used to. A taste that the French can appreciate. After Cantonese cuisine, it would be Thai cuisine.

Have you been inspired by anything here (in Asia or Hong Kong)?

In a sense, no. I need to preserve my DNA. What I do is I experience something and then it goes into my own database of tastes and ideas. Bit by bit I will have absorbed it. After that, it may translate into an element that I integrate into my cooking. So I wouldn’t say that I am directly inspired or influenced. Instead it’s a process: it enriches my memory and is diluted and integrated into the dish. It goes into the blend. But I need to preserve my personality in my cooking.

Can you explain what sustainability means to you?

Five years ago I created a restaurant that served only vegetables, cereals and grains, and sustainable fish. I can even go back to [the exact date of] 27th May 1987 when I did a menu with vegetables only. And that was over thirty years ago. To me, we are not following a trend, we had the concept — what I call Naturalness — and now we have a restaurant [Plaza Athénée] with three stars which still follows this philosophy.

How can we adopt sustainable practices in the kitchen?

And lastly, any predictions for the future of the culinary world?

Whatever you eat has to be good for your health. This is what is most important. And then it’s less fat, less salt, less sugar, less animal protein. These are the five things I would emphasise. A lot less of that. Furthermore, you need to have a fine balance with the ingredients you are using. Locality is important and it has to be according to the season.
Another thing is how you are going to use [ingredients] and care for you planet [at the same time]. The planet has to be able to feed every individual there is and is going to come. You need to be able to feed everyone. So resources have to be used in a way that is sustainable. It’s not just about elaborating and thinking. You have to translate it into action and reality. And that is very important too.