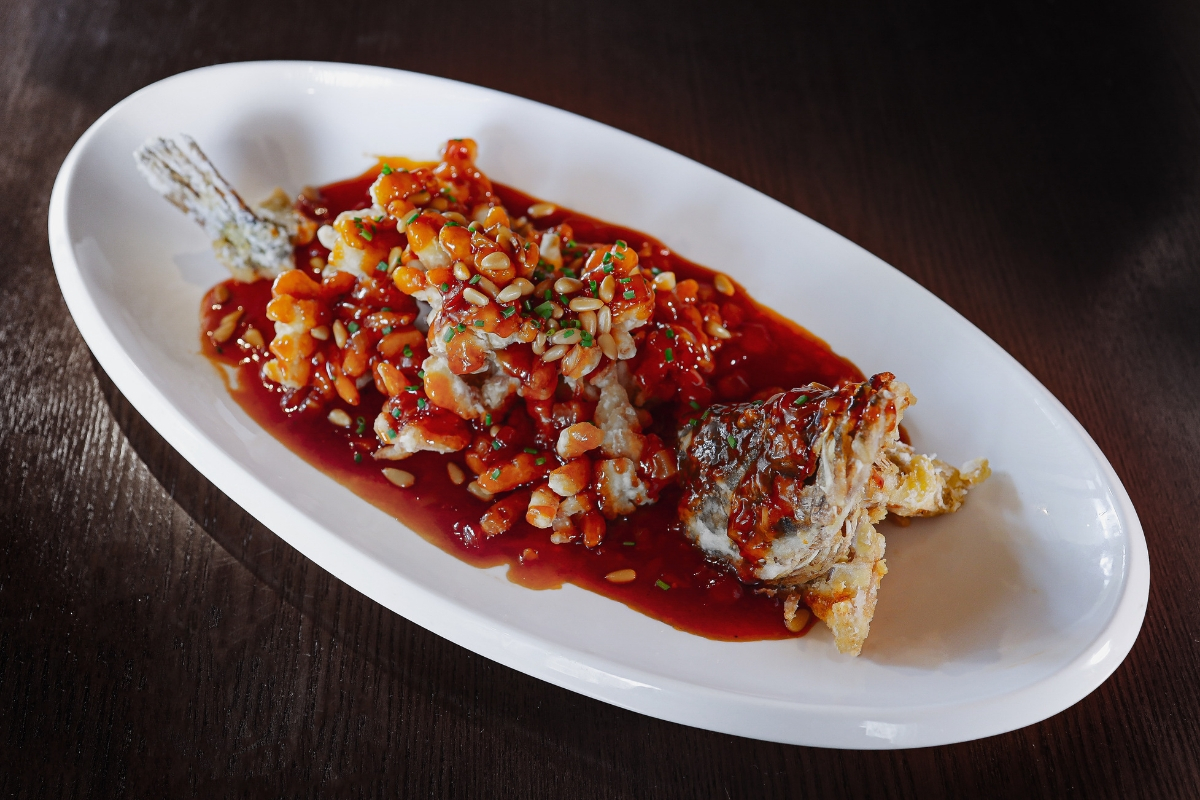 If you’re well-versed in Chinese geography, you already know that Jiangnan, literally meaning south of the river, refers to the region beneath China’s Yangtze River including cities such as Shanghai, Hangzhou, Nanjing and Shaoxing amongst other neighbouring provinces. But what do you know of its cuisine and the heritage behind it?

Well, let’s look at history. According to an abundance of fourth century stories; including one about a Chinese official abandoning his post to go home for his favourite Jiangnanese dish, you could say that Jiangnan cuisine is missed by all who enjoy it — emperors included.

Today, the regional cuisine is just as loved for its delicate balance of lighter flavours that harmonise gracefully with the seasons and landscape, and closely associated with hong shao, a slow red braising technique that produces dark and rich gravies, as well as plenty of pickling, drunken and rice dishes.

Enter Hong Kong’s very own Jiangnan eatery Old Bailey; a JIA Group restaurant which swept the city with its fresh and unique stance on this regional Chinese cuisine since opening in Tai Kwun last year. This season, they continue to champion the culinary philosophy of Jiangnan with Executive Chef Wong Kwan Man, a native from Yangzhou (the old gastronomic capital of the region), at the helm to launch a series of new seasonal menus, a la carte dishes, cocktails and mooncakes.

A New Season for Jiangnan Cuisine

Three new tasting menus offer a seasonal taste of Jiangnan, including a 10-course option (HK$500) for vegetarians. The ‘Green Taste of Jiangnan’ experience combines a selection of vegetarian versions of Old Bailey’s signatures such as steamed veggie Xiaolongbao, Sweet and sour bean curd, and a Village-style Hangzhou sautéed green chilli with aubergine. While a classic ‘Taste of Jiangnan’, which is a 9-course menu (HK$600), includes favourites such as spicy Mala xiaolongbao, a Red-braised lion’s head (don’t worry no actual lions were involved in the making of this pork meatball), along with Osmanthus-flavoured Jinhua ham with crispy bean curd sheet and mantou. A more extensive route can be found in ‘An Exquisite Taste of Jiangnan’ where a comprehensive 10-course meal (HK$800) offers premium dishes of Longjing tea-smoked pigeon and the ever-popular hand-pulled noodles covered with Hairy crab roe. Both meat-filled tasting menus can be complemented by curated wine pairings for HK$450 and HK$500 respectively.

For those that prefer to go a la carte, newly added highlights like the refreshing Marinated Japanese yam complemented by preserved plum or the season’s first steamed mud crab, served whole and meaty with 15-years-aged huadiao wine are excellent choices. The whole Ten treasure duck, an elevated rendition of the Shanghainese eight treasure duck, also comes highly recommended and is available either braised or deep-fried with salt and pepper but must be pre-ordered 24 hours in advance. We’d also suggest a traditional serving of hand-pulled noodles with Clams and chilli, a Jiangnan delight to complete the meal.

In honour of the historic and cultural arts hub its situated in, Old Bailey introduces its new cocktail menu with eight Tai Kwun-inspired drinks for the season. We recommend the Big station, a literal translation of Tai Kwun, which adds spicy herbaceous tones to a classic gin-based white lady cocktail, or Brick walls, an homage to the the prison yard walls, that also uses gin with bergamot black tea, cold brew coffee, tonic water, grapefruit zest. Meanwhile, the Guard house 1858 negroni-style cocktail uses a floral foundation of white peony and elderflower mixed with Lillet blanc, Cedars classic, Suze and aged mandarin peel, to represent the guard house building that became the first halfway house, named Bauhinia House back then, for female rehabilitation in 1984.

With Mid-Autumn looming, Old Bailey is offering authentic Shanghai-style treats to mark the festive tradition of mooncake gifting and eating. The handmade mooncakes are available in limited quantities and offer sweet and savoury filling options. Each flakey, buttery short-crust style pastry wraps around sweet red bean paste or a more dark, peppery pork flavour. Old Bailey’s gift box will present 6 mooncakes (HK$238) and will be available for pre-orders starting 22 July 2019 on their dedicated form, which can be accessed here.