Olivier Elzer on His New Concept, Clarence, and the Importance of Being Bold 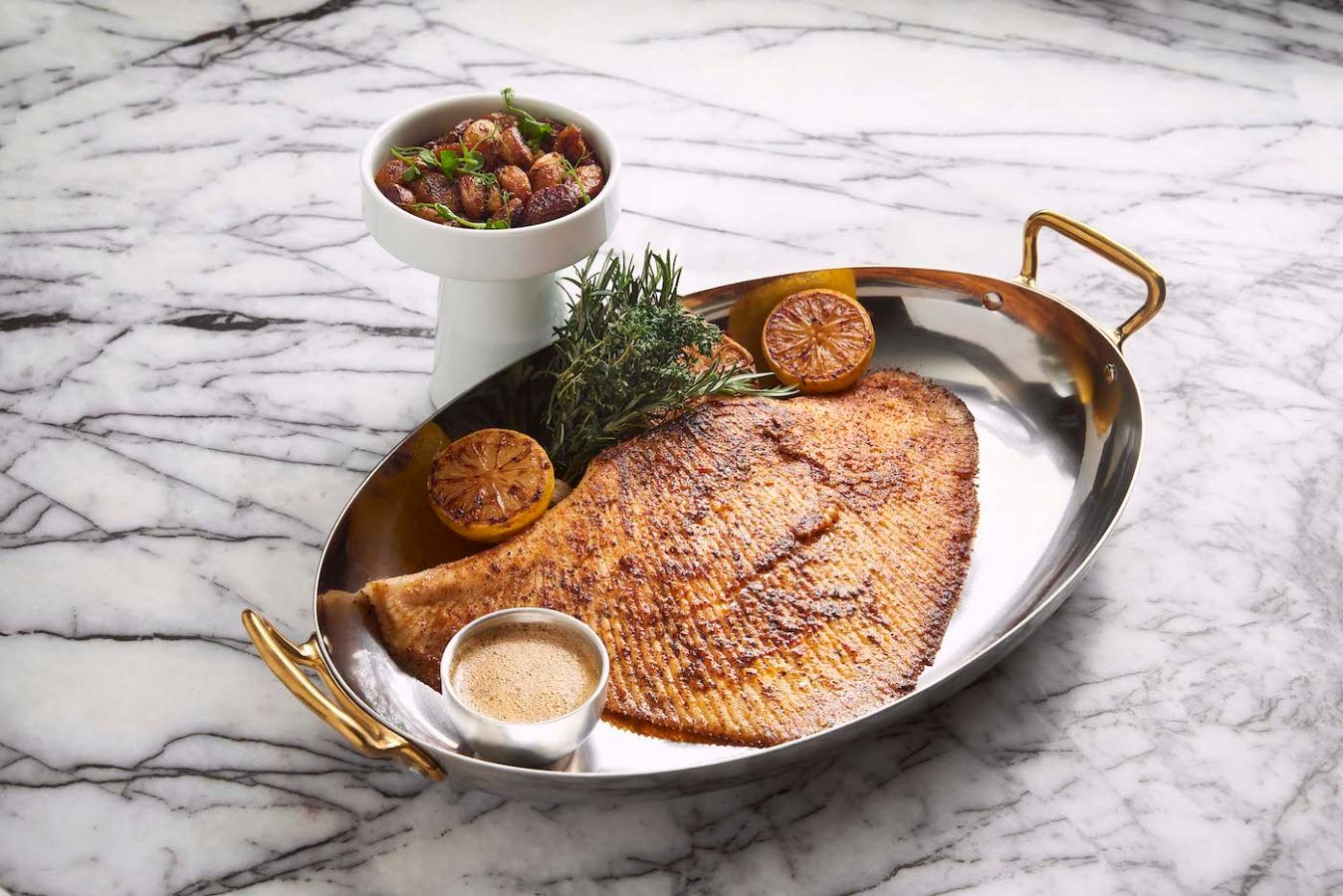 Wine & Dine
Olivier Elzer on His New Concept, Clarence, and the Importance of Being Bold
Share
Next article

At the newly opened Clarence, Olivier Elzer takes everything we know about French cuisine and showcases it in new and unexpected ways. We talk to the acclaimed chef about his exciting new concept.

When talking about Clarence, his new restaurant in Pottinger Street’s H Code, chef Olivier Elzer can hardly contain his enthusiasm. Having led L’Envol to culinary stardom and achieving two Michelin stars in just two years, he’s ready to spice things up in a more relaxed environment.

While continuing to push the boundaries of haute cuisine, Elzer, who grew up in Alsace, is eager to showcase various regional aspects of French cuisine through a cosmopolitan and contemporary formula that doesn’t compromise on authenticity.

Here, he talks about Clarence, the importance of being bold and his plan to expand the concept across Asia.

What’s the essence of Clarence?

Clarence represents the story of my professional life. After creating L’Envol – French fine dining – I wanted to create a restaurant that’s more casual. It’s great for a chef to have different outlets to express their personality and skills. I wanted something that wasn’t boring and didn’t lack ambition.

Joël Robuchon was my mentor. Years ago he created a concept that was actually the story of his life. He often went on holiday in Spain and loved tapas, and he also loved Japan, where he worked for many years. So, what came out of these aspects of his personal life, in 2003, was L’Atelier in Paris, where he served French food out of a sushi counter with Teppanyaki and tapas options. Clarence represents a similar concept for me. I’ve lived in Asia and Hong Kong for 13 years and I see what and how my local friends eat.

From a design perspective, I wanted a comforting place where people can enjoy great food but also have fun. If people want to dance on tables after dinner on weekends, I’m totally OK with that. I’ve always loved fine dining and I’m so proud to be at L’Envol and to have achieved two Michelin stars, but it’s also great to have another place to do other things.

Tell us about the different dining experiences at the restaurant.

My first goal was to showcase the diversity of French seafood, from the Atlantic Ocean and the Mediterranean, served with different citruses and marinating techniques to create unusual and surprising combinations. We serve these dishes as a fresh and light start at the raw and wine bar. I was very confident about putting chopsticks on the counter, as I feel it’s the best way to enjoy these dishes – I’d have never done this 10 years ago, but now everyone knows how to use chopsticks.

The second feature is the yakitori. My wife and I love yakitori, which is why I decided to introduce the “Yakifrenchy”. We cook on a robata barbecue and serve them on sticks, the Japanese way. We’re cooking ingredients from all over France, from Burgundy snails to mussels from Brittany.

The third aspect of Clarence is that we serve meat and fish on the bone. At L’Envol, I simply can’t cook whole pieces of meat or fish and serve them at the centre of the table for sharing. It’s not what we do there, because fine dining is about presentation and finesse. Here, we’ve set up the kitchen to do it. I love the fact that the restaurant is more casual and I can express myself in different ways. So far, people have understood the concept and come back to experience different features of our restaurant.

How does Clarence represent your evolutions a chef ?

I’ve been working as a chef for 27 years. During the first stage of my career, I had to be a “fake chef ” and learn different types of cuisines and mindsets. Understanding people and expectations is everything. The ultimate goal is to be myself and keep my French soul, but without having my ego controlling what I cook. It’s all about interacting with customers and understanding how you can communicate with them through food. At the same time, I can stay focused on L’Envol and continue to push boundaries.

With Clarence, I’d like this to be the first outlet in a series of restaurants around Asia. Eventually, I want to take it to Beijing, Shanghai, Taiwan, and Singapore, because I think it’s a concept that can be successfully replicated once we’ve been open for a while.

Many chefs don’t like the term fusion, while others have learned to appreciate its contemporary meaning. What do you think of it? Would you say some of your dishes are fusion?

I’ve nothing against the word fusion, but I’m not doing fusion. Alvin Leung from Bo Innovation, for example, is the first chef who comes to mind when discussing fusion. He does it in an incredible way and I admire him. What we do here is to use Asian methods of cooking, like steaming, the robata and the concept of yakitori, but we don’t cook Japanese or Asian recipes and we use French products. But I’m totally not against fusion per se, because when the quality and the dishes is great, it doesn’t matter what it is or what we call it.

How do you celebrate French cuisine and traditions at Clarence?

I really didn’t want to open a bistro serving classics – we have so much more to offer in France than that, in every single region. As a chef, it’s great to be able to show the diversity and the different products. I want people to try ingredients that I’ve never tried before in other French restaurants. We just need to go outside the box and use things that usually aren’t featured on menus.

I didn’t want to call the restaurant “Olivier” and do something classic and pretending I’d be here cooking bistro dishes, because that’s not what the restaurant is about. I didn’t want it to be focused on me as I want Clarence to work independently, as we’re planning to expand in different locations. A bit like La Petite Maison. It’s French, it showcases regional cuisine, it works in many cities around the world and it’s fun. The consistency is amazing across the locations and I want to achieve that.

Do you feel connected to Hong Kong’s culinary tradition? If so, how?

I’m planning to live the rest of my life here. France is where I go on holiday, Hong Kong is my home. Hong Kong people inspired me to create Clarence and to cook in a certain way. For example, the concept of sharing is very local and it taught me a lot. I’ve also learned to use local products when they’re fresh and available. Ten years ago, some foreign chefs would have never done that. But why not? When I can’t get sea snails from France, why not use fresh ones from the Aberdeen fish market instead of frozen products?

What are some of the ingredients that best represent your idea of contemporary French cuisine?

Seafood from France for sure. Citruses as well – I use them a lot. Not just lemon and lime but also bergamot, calamansi and many more – the list goes on and on. You can do so much with them. Wood is the other one. We use different types of wood to cook different proteins. When it burns, based on the type, it adds different aromas and flavour profiles.

What’s next in your career?

When Joël Robuchon, who impacted me a lot, was 70, he was still extremely passionate and full of ideas. When you see someone so successful who shows so much excitement, it gives you confidence. This inspires me every day to think outside the box. This is the way I want to think of my career and go forward.