Nature and Nurture: In Conversation with Shane Osborn 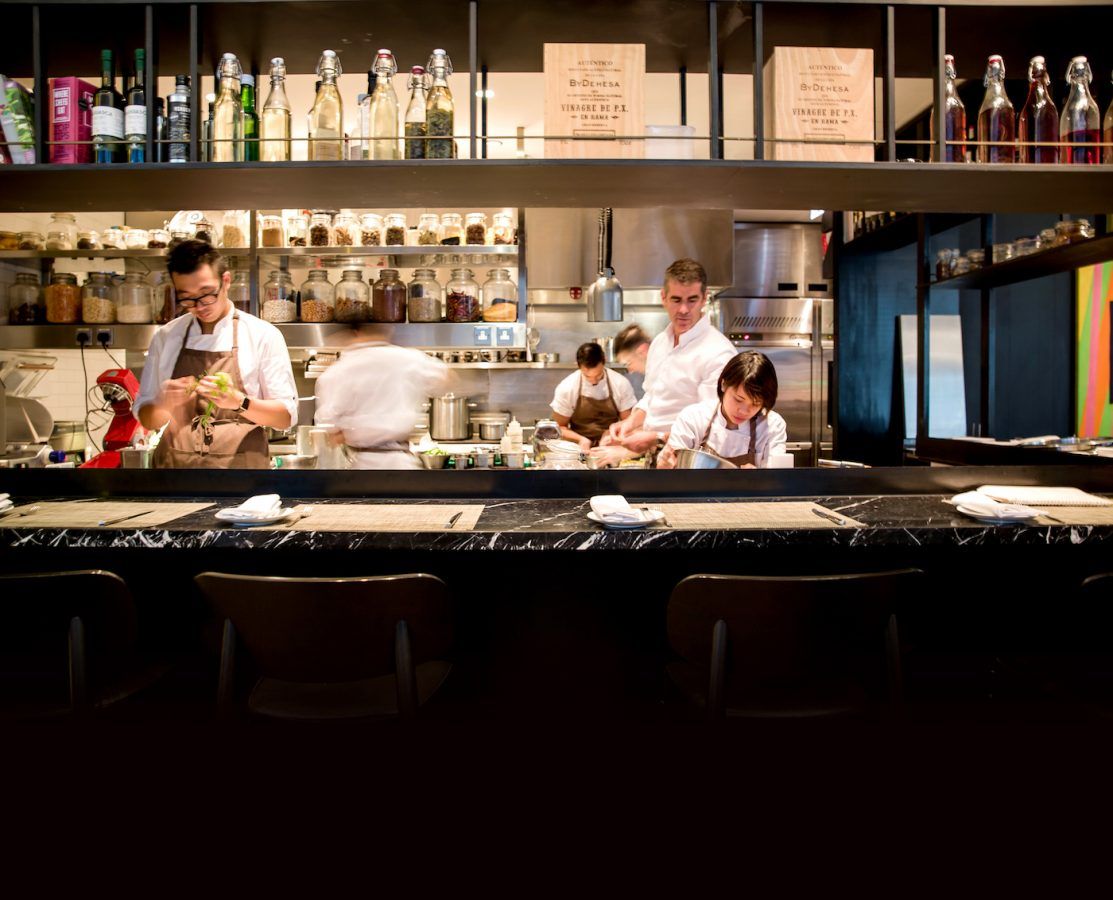 Wine & Dine
Nature and Nurture: In Conversation with Shane Osborn
Share
Next article

As chef Shane Osborn and his team celebrate the first anniversary of The Arcane Collective, the ingredients-driven, independent-minded restaurant group that includes the flagship venue Arcane, Cornerstone and Moxie, Prestige dives in to learn more about the heart of the brand.

Shane Osborn has the culinary arts running through his veins. Growing up in Australia, he used to help his mother, who was a caterer and cook, wash dishes and peel vegetables. This eventually led to his dream of becoming a chef, a dream that some tried to discourage him from pursuing. Ignoring them, Osborn travelled to London to pursue his goal and – after much effort – became the first Australian chef ever to win one and then two Michelin stars, which he achieved at the renowned Pied à Terre in Soho.

In November 2014, he saw his concept come to life in the form of his Central restaurant Arcane, serving modern European cuisine alongside season daily specials with the fine produce from around the world. “The Oxford Dictionary says arcane means understood by few, mysterious or secret. For me, the name Arcane perfectly matched my vision,” says Osborn.

Parallel with the food, the space also houses contemporary artwork from London- and New York- based Flowers Gallery, while diners who wander outside are transported into what looks to be a tropical enclave complete with lush greenery and a garden with a selection of some 30 different varieties of vegetables, fruits and herbs. In 2018, Arcane was awarded a Michelin star, an accolade it retains.

Today, that kitchen is headed by Hong Kong-born Sebastian Lorenzi, who over the last four years has worked his way up to chef de cuisine. “After years in high-end French kitchens, I’d become used to very theatrical and complicated ways of cooking,” says Lorenzi. “But under Shane, I’ve learnt how to pare things back, to give ingredients their time to shine. This has really opened my eyes and, in a sense, it’s taught me how to really cook. There’s no hiding when you can’t rely on frills and fanciful plating.”

This philosophy of ingredients-driven mindful cooking is a thread that continued with the opening of Osborn’s second venue Cornerstone, a casual bistro, in 2019.

Another persisting theme is his tutelage of some of our city’s great young chefs, including Neal Ledesma, who now runs the space. “Working with The Arcane Collective has shown me that there’s so much more to being a chef,” he says. “Creating dishes and managing staff is only a small part of it. We have to consider our customers’ needs and how the market is constantly changing. I’ve learned to look at the business holistically.”

“This idea came about because Mike stopped eating meat about a year ago,” Osborn explains during The Arcane Collective’s anniversary celebration, “so we started talking about and considering a concept built around that. The market has changed a lot over the course of the pandemic, so we really wanted to bring something to the table that would push our diners to be a bit more conscious about what they’re eating and how that affects the planet.”

“As a chef looking to cook a predominantly plant-based cuisine – a road much less travelled in Hong Kong – I feel lucky to have the support of Shane and Nick fully behind me in my journey with Moxie,” adds Smith. “To me, this is the very embodiment of The Arcane Collective, to nurture talent from within, to work with real purpose and to have a positive impact in our community.”

So, what exactly is The Arcane Collective?

“We’re a family of casual and refined dining restaurants that personify the spirit of hospitality,” says Osborn. “Each venue is unique, but all offer delicious food cooked and served with integrity by people who are passionate about their craft. We aim to mentor and provide opportunities for chefs, sommeliers and waiters to run their own restaurants under The Arcane Collective umbrella, and support a community of specialist and artisan farmers, growers and suppliers of the best produce locally and internationally.

“Close relationships with our purveyors are vital to the success of The Arcane Collective. One example is Chunling Fong from Farmhouse Productions, a regenerative farmer based in the New Territories who’s setting a new standard for organic, seasonal and delicious fruit and vegetables in Hong Kong.

“Living and operating sustainably is a goal we should all adopt. It’s no secret our food system is broken and one way we can all help effect change is by supporting businesses and producers that embrace this recovery process. In the Hong Kong dining scene, I’d definitely like to see an increase of chefs and restaurants offering more creative vegetarian and vegan dishes. This is an area where Hong Kong is far behind the rest of the world.”

As this city continues to battle Covid-19, food and beverage has been one of the industries hit hardest. “Trying to stay positive while not being in full control of your personal and business destiny has been the most difficult. As a company, we’ve made crucial decisions to ensure everyone is singing from the same hymn sheet, so to speak. Having a sense of unity and a consensus on our collective goals have got us through these difficult times.”

Adds group operations manager Didier Yeung, “The past two years have been difficult for our industry, but our company culture gives us all the confidence to create opportunities for ourselves and for the rest of the team, and all while working daily to offer the best product possible for our guests.”

“Our staff is our greatest asset,” says Osborn. “Providing an inclusive, positive work environment where employees feel respected and happy are simple basics of hospitality. Treat your staff as well as you treat your guests and loyalty will be returned in bucket loads. Seeing the personal and professional development of our employees is by far the greatest reward.”

And as we see the faces of his back-of-house team light up as he introduces them one by one at the close of the anniversary dinner, we know he means every word of it.