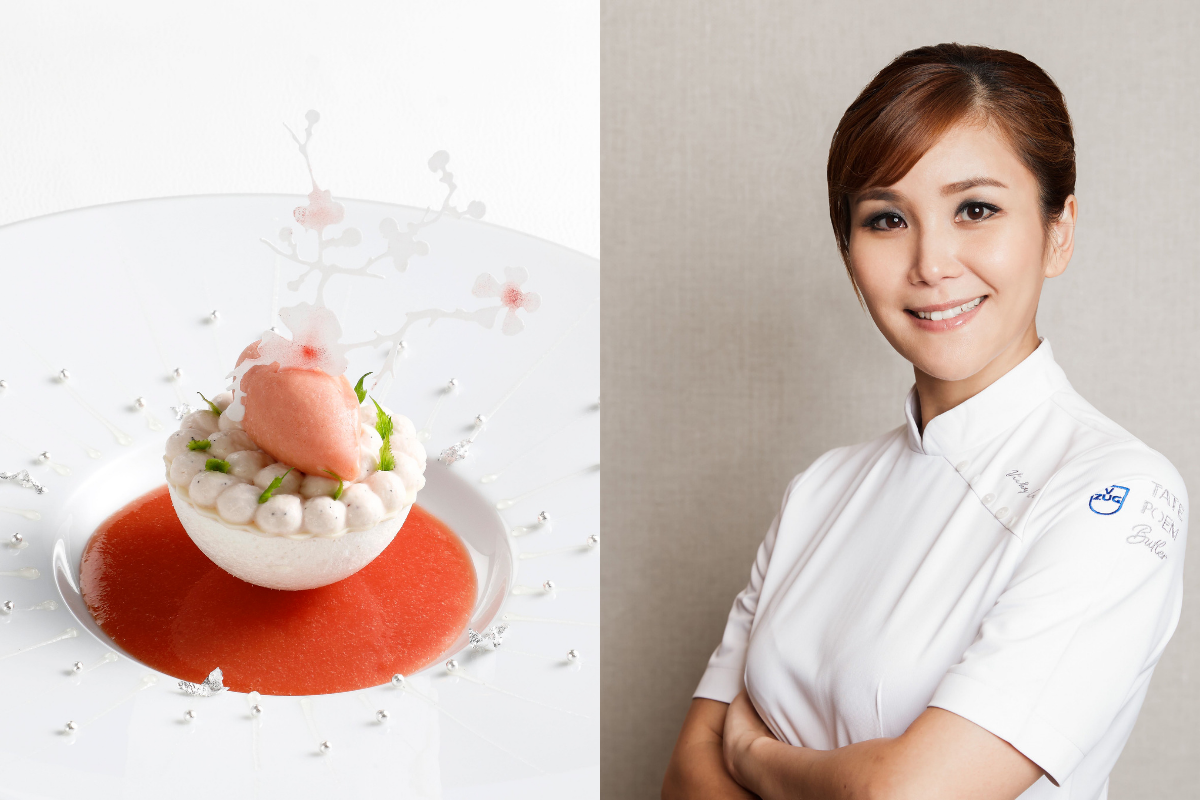 As the new season sweeps the city, award winning chef Vicky Lau of Michelin-starred Tate Dining Room is clearing the decks for a refreshed eight-course menu that not only celebrates the season’s best produce, but couples the intricacies of French cooking and premium Chinese ingredients with touches of nostalgia, too. We took a peek at the new menu (priced at HK$1,680 +10% per guest) and we’re liking what we’ve seen so far.

Bringing her edible stories to life once more, Lau’s new dégustation is a continued chapter of odes to ingredients of the season. They display distinct Chinese traditions and flavours with the flair of French cuisine. Take the Ode to conch in the first course for example, which is dedicated to the fresh sea conch. This seafood is thought to have healing properties and widely used in soups, and sometimes medicine, for Chinese food therapy. Here, the fresh, tender conch meat is combined with the umami of seaweed jelly, sweetened with pumpkin purée and presented in the shell itself.

Other highlights at Tate Dining Room include a signature dish; the Ode to pâté en croûte, which takes the French classic of meat terrine baked in a pie crust, and adds a Chinese twist. A layer of fresh abalone sits between a pork and Chinese mushroom filling. It’s then topped with a Chinese Xiaoxing wine jelly, sliced to reveal the centre and served with white asparagus and black garlic.

Meanwhile, the Ode to kumquat makes use of the orange fruit that is Native to Northern China and bears an auspicious meaning of good fortune across the country. In this dish, plump servings of Hokkaido scallop are paired with pickled daikon and a traditional French Grenobloise brown butter sauce before the tang of kumquats and dried scallop finish off the dish.

Of course, with some of the finest French produce to back you up, you almost can’t lose. The Ode to Challans duck is exactly this. Pan-roasted duck breast, which makes use of the hand-reared ducks recognised for it’s lean meat with bags of flavour, is served with a fig and red date compote, as well as a savoury duck jus.

The creative marriage of French-Chinese cuisine can also be found in the Ode to Brillat-Savarin. Taking on the soft, buttery, white-crusted triple cream brie from Burgundy, this dish is escorted by rye toast and plum gel along with a variety of Chinese condiments such as ginger, hawthorn bar, dried plums and bergamot. To follow, the dessert takes the humble chestnut — commonly used in Chinese and French cuisine — to blend classics from both regions. Inspired by Hong Kong’s baked sago pudding with chestnut cream, the Ode to chestnut envelops those flavours into a chestnut sago soufflé served with Pu’er ice-cream.

We also hear that the final chapter, an Ode to chinoiserie, is quite the spectacle. Where guests can open a customised chest of drawers that reveal an assortment of small pastries inspirited with the memories of Lau’s Chinese upbringing. Think Rose chocolate fans, chocolate bon bons infused with red date, ginseng, green tea and sesame, guava marshmallows, mini mango kaffir lime gateaus, and much, much more.

Wine pairing options are also available and offer blends from France and China’s notable wine regions for an additional +HK$190 for a glass of Ruinart Blanc de Blancs, +HK$480 for three glasses and HK$780 for six glasses.
For the full menu, visit the the Tate Dining Room website here.