Holding Court: Your Scrumptious Summons to The Magistracy

Wine & Dine
Holding Court: Your Scrumptious Summons to The Magistracy
Share
Next article

Prime rib. Prawn cocktail. A classic Caesar salad. You’ve had this meal before, but that’s precisely what they’re counting on at The Magistracy, Black Sheep’s latest and most ambitious opening yet.

The sounds and sights emitting from Tai Kwun’s Central Magistracy complex, which for more than a century stood as a formidable bastion of British colonial rule, chime admittedly a little different in cadence these days. Yesteryear’s gavel pounds and stern rulings, in cases that ranged from trivial rickshaw-fare kerfuffles to the rare opium-kingpin crackdown, have since made way for the sparkly chittering of a full-house evening service. And if you listen quite closely, you might even make out Robin Whitehead-Bray, Black Sheep’s steadfast managing director, who moonlights as The Magistracy’s master of ceremonies at sundown, with his trademark opener: “I’m well aware you’ve had these dishes before,” he teases, with crinkled-eye smirk, “but I can assure you that this is the best you’ll have ever had.” That’s a hell of an assertion to declare pre-appetiser – not pre-champagne, though; that’s poured on sight as soon as you pass through the vaulted entrance – but Whitehead-Bray is, nevertheless, correct in his brazen confidence.

The latest, possibly the greatest and certainly the most history-soaked opening of Black Sheep’s formidable 30-plus-strong portfolio yet, The Magistracy, bleeding into an al-fresco Botanical Garden specialising in gin, debuts as the ambitious masterstroke of what’s poised to be a multi-storey, multi-story project in this corner of Tai Kwun. “Custodians of culture,” after all, is how the hospitality group has long billed its ever-expansive efforts. And the Central Magistracy, which has carried a Declared Monument status since 1995, has made Black Sheep’s “custodian of culture” promise a legally binding contract. 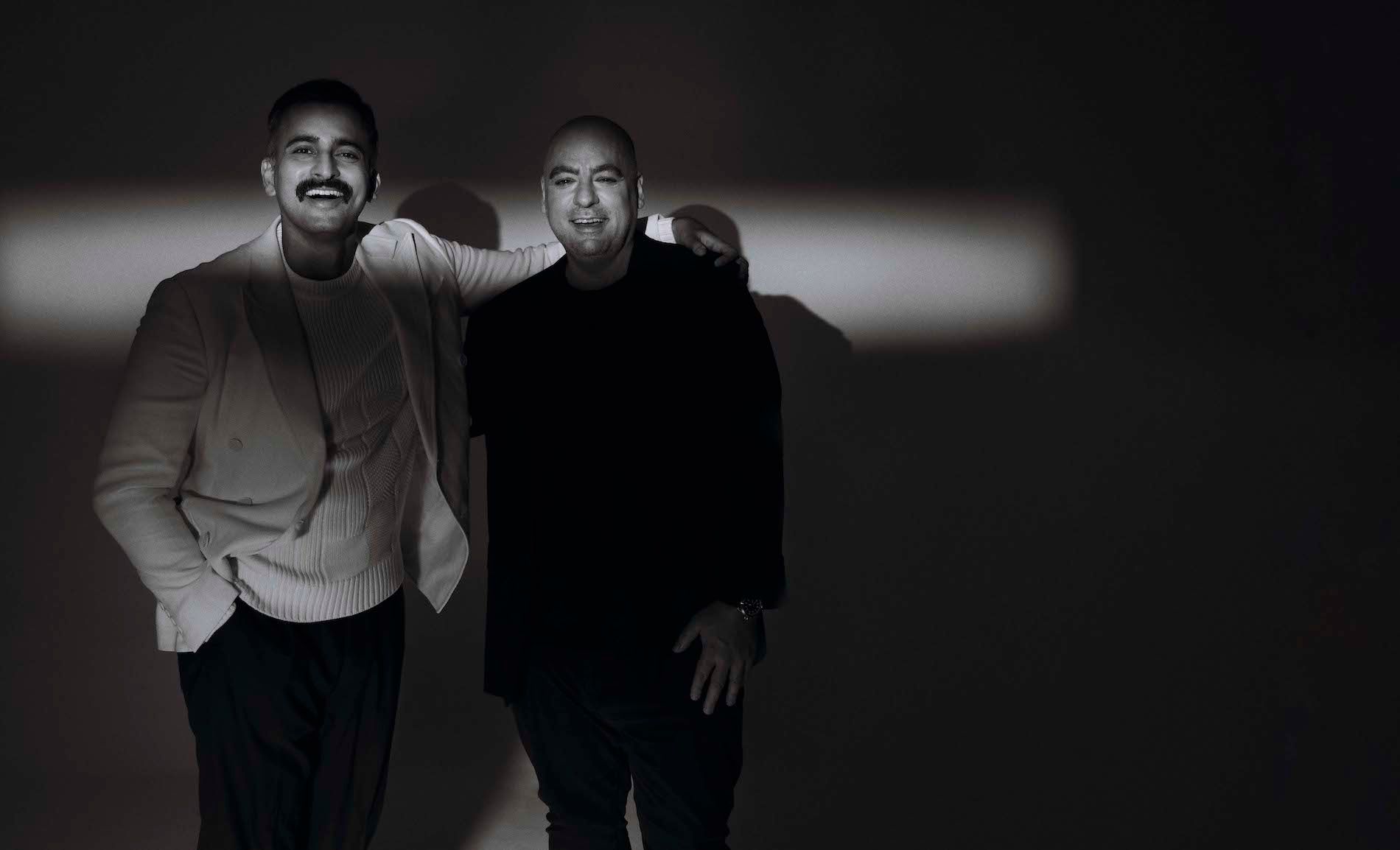 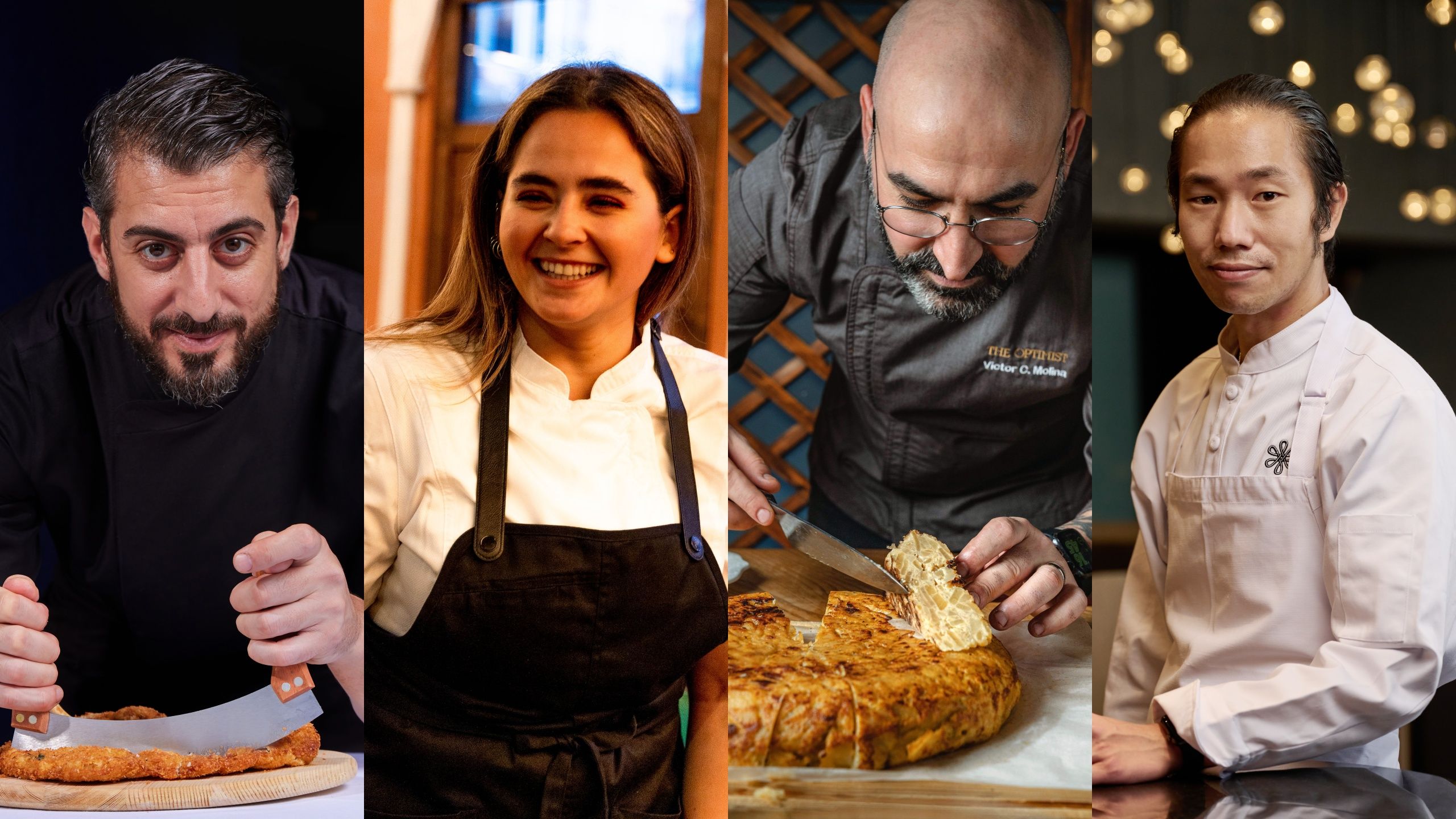 “The space is subject to various limitations safeguarded by the Antiquities and Monuments Office,” says designer Joyce Wang of Joyce Wang Studios, meaning everything seemingly attached to the surface of the interiors must be temporary and removable. And, much like the edifice’s British-born cast-iron beams, cement flooring, lime mortar and granolithic flooring, this particular story starts, as stories that bookmark the history and heritage of Hong Kong, bloodied or otherwise, often do, in Britannia.

“So, they said, ‘We want to do a timeless London restaurant,’” remembers The Magistracy’s executive chef Matthew Kirkley, who also leads the restaurant group’s one-Michelin-star Belon. “And I was like, ‘What’s that?’” A plane ride and more than several martinis at institutions like J Sheekey, Scott’s and Wiltons – again, “timeless London restaurants” was the theme – the missive lent itself to be heard: it wasn’t really about the food. It was about something touching on the nebulous. It was about the vibe, as today’s children might say. Ambience, perhaps. Aura. How, exactly, a handsome dining room can wordlessly massage into life tales of grandeur, of antiquity and, ultimately, of provenance.

This field trip into some of the most historically poised dining rooms of London was an education on ceremony for the Black Sheep team, says chef Kirkley. “On how the service handles itself,” he continues. “Not to be pejorative, but it certainly wasn’t an education on food. It was more of an education on the sense of place, the environment and how we can translate that here gracefully.”

To wit, J Sheekey (Sheekey’s, as it’s fondly known) dates to the 1890s; Scott’s, 1851; and Wiltons, the oldest in the capital, 1742. There, the question of history is not at all a question. At these time-forged, older-than-old-school establishments, history is a fact seared into every last oak-panelled wall; every curved banquette; every last plat du jour that has, quite literally, withstood the unrelenting execution of time. The Magistracy, despite its colourful history, has no such pockmarked affiliation (though it is recorded that Lo Hi-shing, one of the more popular barrister-magistrates, was known to suspend proceedings at 11 o’clock sharp every morning to order tea and biscuits, served on white tablecloth on the Bench, for lawyers and staff ).

Tea and biscuits, however, do not a menu make. “We were trying to build some history into [The Magistracy] without it touching anything remotely theme park-like,” says Kirkley. “There was a fine line to walk here between respecting the space and having a sense of history to it without turning it into, say, The Venetian. No gondola rivers.” No plumaged Old English costumes, he insists. And no jousting with turkey legs either.

When the onus of commanding a brand-new menu isn’t necessarily to surprise, as Kirkley’s Belon itinerary often does, but to comfort, only the beautifully simple will do. So, back to basics it is. Prime rib, prawn cocktail and Yorkshire pudding it is. “The way we pay attention to detail, attention to sourcing is different from your average restaurant in this genre,” says the executive chef, who professes to flying in boquerones en vinagre from Spain for The Magistracy’s classic Caesar salads; certified Denominazione di Origine Controllata (DOC) Parmigiano Reggiano from Italy; New Caledonian blue-spot prawns, left to mature just a nudge longer for extra plumpness; and hand-picking every single leaf for every single salad. “We just buy better stuff than other people,” he says, laughing.

This insistence on the “better stuff ” has crystallised into something of a roaring battle cry that touches every part of The Magistracy experience.

“We wanted to create something that was kind of awe-inspiring,” says Whitehead-Bray. “Starting with your arrival from Arbuthnot Road, having your driver drop you off, being escorted by an eloquent, well-dressed doorman up the stairs into The Magistracy courtyard, surrounded by these historic buildings, and then making your way through the front lobby with a glass of champagne.”

And it’s an intimidating experience for most – Am I in dress code? Am I using the correct fork? – but this stratospheric attention levied at every touchpoint of The Magistracy experience is, as the managing director is keen to espouse, complemented by hospitality very much grounded to earth. “I think welcoming someone home is sort of the foundation of what we do,” he says, “and we get a lot of gratification out of that ride around, I suppose. We don’t want to be pretentious about what we’re trying to do here. At the same time, this is something that is wholesome.”

It’s apparent in the dark green suits the front-of-house proudly shrug on every night, every one of which is professionally and meticulously tailored to the team member it outfits. It’s apparent in the generosity of the service, which complements every order of oysters with a Vesper martini. It’s apparent in the confit potatoes, a loving, ultra-laborious homage to The Quality Chop House’s no-notes side dish; the prime rib, salted, slow-roasted, freshly grated with horseradish and topped with beef jus; and, of course, the welcome glass of champagne that awaits at the door.

At the end of service, when the thrills of the evening rumble into a standstill, the monumental venue quiets, then silences in deference to the 40 years prior that left the Central Magistracy dormant and forgotten. But tomorrow, when the staff begins trickling in for service, The Magistracy will awaken, weaving into existence a brand-new chapter of an age-old story. A delicious toast raised to tradition, to moments that feel like family. To stories that not only last, but get better with time, as long as they’re nurtured, nourished and kept safe. To a relentless pursuit of “better” – one confit potato, one 325-gram slice of steak and one Vesper martini, swirled then poured tableside, at a time.

Retired Tumblr girl Joey has written her way through fashion trends, youth culture and luxury retail in New York and Hong Kong. Beyond internet adventures tracking down the perfect vintage find, you can probably catch her tufting rugs, swigging back Bloody Marys — her third, probably — and making fastidious spreadsheets about her Animal Crossing island.