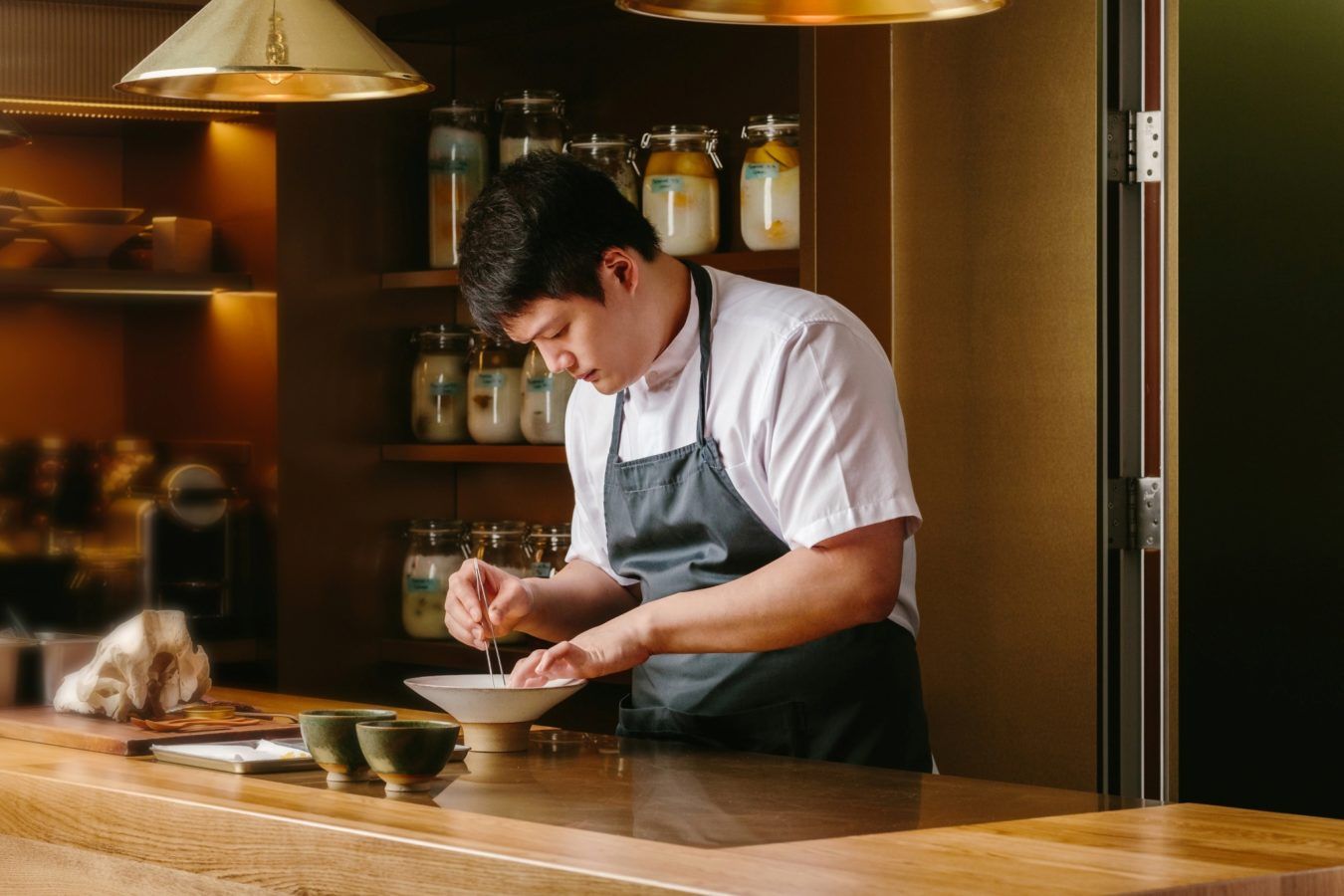 The award-winning Singaporean’s new restaurant (opened in conjunction with ZS Hospitality) will see him tackle the cuisine of his home soil — with staples like bak kut teh and laksa providing ample fuel for an altogether different kind of gastronomic perspective.

Following the untimely, inexplicable closure of Beet back in 2020, Barry Quek (among the best-known Singaporean chefs working in the local fine dining scene) would have been entirely justified if he’d decided to hang up his apron and take a breather from the craziness that has plagued the city’s F&B community these past three years. Instead, he began to cook laksa: at first, out of a food court in the basement of Jardine House alongside Brian Woo (of Cô Thành renown); and subsequently, with local bigwigs ZS Hospitality — most notable for masterminding Mingoo Kang’s first restaurant outside of Korea. It was in consultation with the latter that the nucleus of Quek’s new restaurant, simply and straightforwardly entitled ‘Whey’, was formed.

“[Seeking] to introduce diners to modern European cuisine reimagined with Singaporean influences”, Whey comes as the logical consequence of the past decade Quek has spent navigating through professional kitchens around the globe. The Attica alum is undoubtedly still working from a hodgepodge of stylish European influences (is it Scandi? Antipodean, perhaps?) and veneration of ‘honest’ produce; but at Whey, looks set to add a deeply personal dimension — ergo, the flavours of his childhood.

This cross-examination of Singaporean culinary heritage (and of stalwart Chinese, Indonesian, and Malaysian recipes more precisely) is a clever stopgap against the typical ‘Hong Kong fine dining’ experience. As in his previous kitchens, Quek has crafted a menu which promises to hold diners’ attention not through excess or sleight-of-hand; but by unlocking the extraordinary potential of ingredients most individuals would regard as certifiably mundane. In the mould of hell-raising Flemish mentor Kobe Desramaults, that means pickling, fermentation, and preparations verging on the elemental: the iconic, peppery broth of Bak Kut Teh has been reverse-engineered into a porcine main, accompanied by the traditional flavours of black pepper, garlic, and cabbage (albeit twisted into new, delightfully photogenic forms); whereas simple morsels like a bowlful of local springtime peas, flavoured using the natural by-product of cheese production that lends Quek’s restaurant its name, signal a genuine commitment to excising unnecessary food waste.

Quek’s interest in those Singaporean dishes that persist within the national memory (regardless of background, age, or wealth) is further exemplified by a plateful of ‘Flower Crab Konjac Rice’: an impish B-side riff on the ultimate Singaporean comfort food — laksa. Paring everything back to its most essential, the dish swaps out the expected staple food (i.e. rice noodles) for grains of konjac — another endemic ingredient in Southeast Asian cooking — heaped with flower crab and the restaurant’s own, curry-laden laksa sauce. Along with the rest of Whey’s debut menu, it’s a recipe that was undoubtedly born in Singapore — and much like Quek himself — will grow to new heights here in Hong Kong.

Whey’s soft opening will commence on 25 May, with reservations to be available beginning 14 May onwards. To learn more, visit Whey Hong Kong online.