Why You Should Stop Using the Term ‘Clean Eating’ 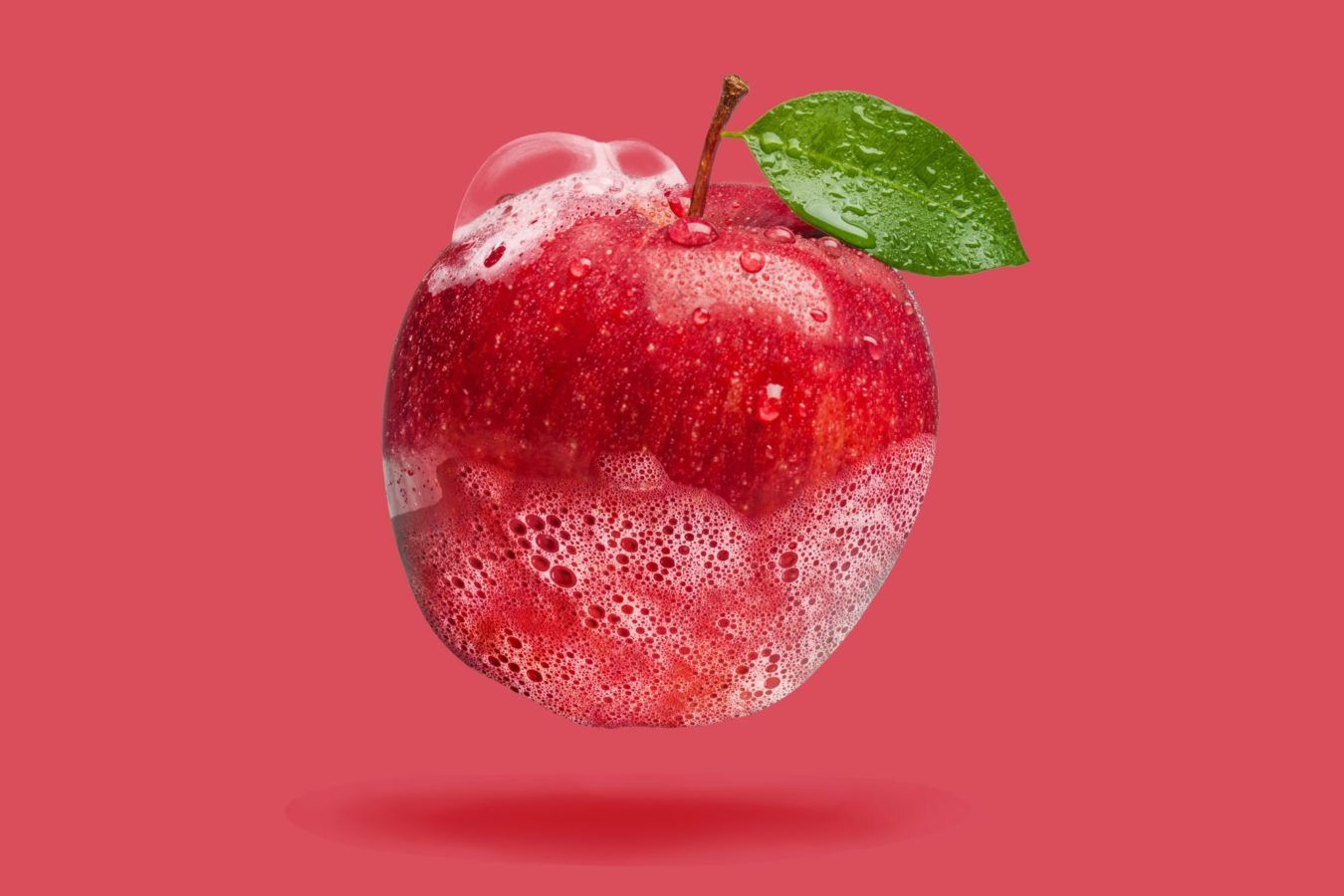 “Clean eating” may not be a prescriptive, fully formed diet à la the Mediterranean or keto eating styles, but the concept and terminology are just as pervasive — and influential. Gwyneth Paltrow has her own cookbook, The Clean Plate, featuring more than 100 recipes designed to “make clean eating doable and even fun.” Instagram users have posted nearly 49 million images and videos with the hashtag #cleaneating. Heck, there’s an entire magazine unsurprisingly called Clean Eating that focuses on showing readers how to “consume food the way nature delivered it.”

On each of these platforms, colourful images of plates packed with salmon and roasted veggies, grain bowls topped with greens and sweet potatoes, and cups filled to the brim with smoothies abound. While the creators and the meal inspo may be well-intentioned, labelling certain foods as “clean” can have profound impacts — both on the individuals who use the adjective themselves and the folks who see them do so online and IRL. Here, registered dietitians spell out those potential consequences — and why they matter.

The definition of “clean eating” varies from person to person, but in general, people who use the term to describe their diet focus on eating “whole foods,” reducing their intake of processed options, and limiting added sugars and salt, says Clara Nosek, MS, RDN, a registered dietitian nutritionist in Modesto, California. Others describe the term as eating primarily “healthy salads and lean meats,” locally grown or organic produce, and “natural” foods while limiting consumption of “unhealthy” foods such as “processed, junk, and fast foods,” according to a 2019 study investigating perceptions of “clean eating.”

Some folks may take a more rigid (re: restrictive) approach: An article published by the Mayo Clinic states that “clean eating” involves choosing food products only with ingredients that you can recognise — and limiting ones you can’t identify or easily pronounce — and avoiding foods that are “drastically altered” from their natural state (think: chicken nuggets versus a “fresh” chicken breast). “Overall, the underlying belief is that if you are eating clean, then you are eating healthily,” says Nosek.

The Problem with ‘Clean Eating’

On the surface, “clean eating” seems like a good thing, as it encourages people to consume more whole fruits and veggies and ease up on processed meats and sugar-sweetened foods —  something the United States Department of Agriculture recommends in its Dietary Guidelines for Americans. While making those dietary changes can have positive health effects (think: higher micronutrient and fibre intake, which improves digestion, and reduced sodium intake, which lowers the risk of heart disease), the term itself may have harmful implications: If you aren’t eating “clean,” says Nosek, “you are unhealthy, then [your diet] is also perceived as dirty.”

A large component of “clean eating” is keeping processed foods far away from your plate in the name of health — but processed food isn’t necessarily unhealthy, says Shana Minei Spence, MS, RDN, CDN, a registered dietitian nutritionist who counsels with a HAES and intuitive eating approach. “People are scared of the word ‘processed,'” she says. “Even if you’re cutting an apple into slices to dip into peanut butter, that’s still you processing food.”

In fact, most canned and frozen produce is processed within hours after harvesting, so the nutritional content is comparable to the fresh kind, according to an article published by Penn State University. In some cases, canning and freezing may actually increase the bioavailability of some nutrients (re: the amount your body is able to absorb and utilise), per the University. “I think it’s super elitist to assume that something that is more cost-effective is unhealthy,” says Spence.

In treating processed foods — whether it be canned, frozen, packaged, preserved, or fortified — as the enemy, folks who utilise these often more affordable and accessible options are made to feel inferior, says Nosek. “Not everybody can afford to buy and store fresh fruits and vegetables, fresh meats, or any of those things,” she says. “It adds a level of shame, like, ‘Well, if I can’t have those things, then I’ll never be healthy enough.'”

It creates a hierarchy of foods

If certain foods — organic cauliflower from the farmers’ market, steaks from the local butcher — are supposedly “clean” or “good,” foods that are more processed or contain additives — frozen broccoli florets, pre-sliced and pre-packaged deli meat — are, in turn, implied to be “dirty” or “bad,” says Nosek. Surprise: It’s not a great feeling to eat the so-called “unclean” foods. “You don’t want to be associated with evil or dirty or bad,” says Nosek. “It definitely adds a level of shame because of that hierarchy, that dichotomy of good and bad.”

What’s more, the term “clean eating” introduces an element of moral superiority to eating, creating the perception that “clean” foods are, in fact, “pure,” says Nosek. “With clean eating, it becomes like, ‘Well, eating healthy is good, so eating very clean is even better, right?'” she explains. And these ideas that particular foods are “clean” and others are “impure” can ultimately be internalised by the individuals who eat the foods that are demonised. “When you’re eating clean, there’s this idea that you’re doing a good job — you’re a good person,” says Nosek. “If you aren’t eating clean, then does that make you a bad person?” As Margaret McCartney, a physician in Glasgow, Scotland, so eloquently wrote in the British Medical Journal: “The command to eat cleanly implies that everyone else is filthy, being careless with their bodies and lives.”

By promoting certain ingredients (eg sugar, salt) as the enemy and encouraging people to cut particular foods from their diet, “clean eating” has the potential to instil disordered eating attitudes and behaviours, according to the 2019 article on clean eating published in the Journal of Eating Disorders. (ICYDK, disordered eating habits are unhealthy food and body behaviours that are typically done to lose weight or improve health but put one at risk for significant harm, according to The Emily Program, an eating disorder treatment centre.) “I think clean eating can be a slippery slope into more disordered eating,” says Nosek. “That’s why [there is] this rise of orthorexia — it’s this excessive preoccupation with eating healthy foods.”

Specifically, people with orthorexia are so fixated on “healthy eating” that they can damage their own wellbeing, according to the National Eating Disorders Association. These folks may be unable to eat anything except for a small set of foods considered “healthy” or “pure,” cut out a growing number of food groups, and compulsively check ingredient lists and nutrition labels, among other warning signs. Due to the restriction involved in orthorexia, the disorder’s health consequences may be similar to anorexia, and sufferers are likely to become malnourished, according to the NEDA.

Even seeing celebs and influencers show off their “clean” meals (hi, “what I eat in a day” videos) can impact a person’s relationship with food. “They’re buying things like ‘superfoods’ or only these fresh, organic foods and saying this is the ultimate way to be healthy,” says Spence. “Someone looking at that on social media, especially someone younger, they’re going to think, ‘Oh, I should be doing that — that’s going to make me look a certain way.’ So, it could lead down a disordered eating path, which is unfortunate.”

And research backs up this idea: In a study of nearly 150 people, participants were asked to rate five “clean diets” based on their perception of how “healthy” and reflective of “clean eating” they were. Then, they completed a questionnaire that assessed eating disorder symptoms and symptoms of orthorexia, among others. After analysing the data, researchers found that positive impressions of strictly maintained “clean diets” may signal a risk for disordered eating, according to the Journal of Eating Disorders article.

Moving Past the ‘Clean Eating’ Label

Given the potential impacts of describing eating habits as “clean” — and using the term to guide food choices — Spence suggests replacing it with another adjective: Nourishing. “Because all of these things, like processed foods or certain words, have been demonised, sometimes it’s nice just to think of food as nourishment,” she explains. “I always say nourishment comes in different forms, too. Yes, there are some foods that will give our body different vitamins and minerals, but you can also nourish your body — nourish your soul — with comfort foods, which is still okay.”

For Nosek, ditching food labels altogether is the best path forward. “When you label the way you eat, it will — if you mean to or not — fall under the right and wrong, the good or bad,” she explains. “…Adding these labels, adding more rules, [makes] it more complex than what it needs to be. If food is food, then you should just choose what will help support your body function optimally — what will fill you emotionally and physically.”

If people still want to live by the “clean eating” rulebook, however, Nosek has just one reminder: “The number one rule to clean eating, which I love, is washing your hands before you eat.”