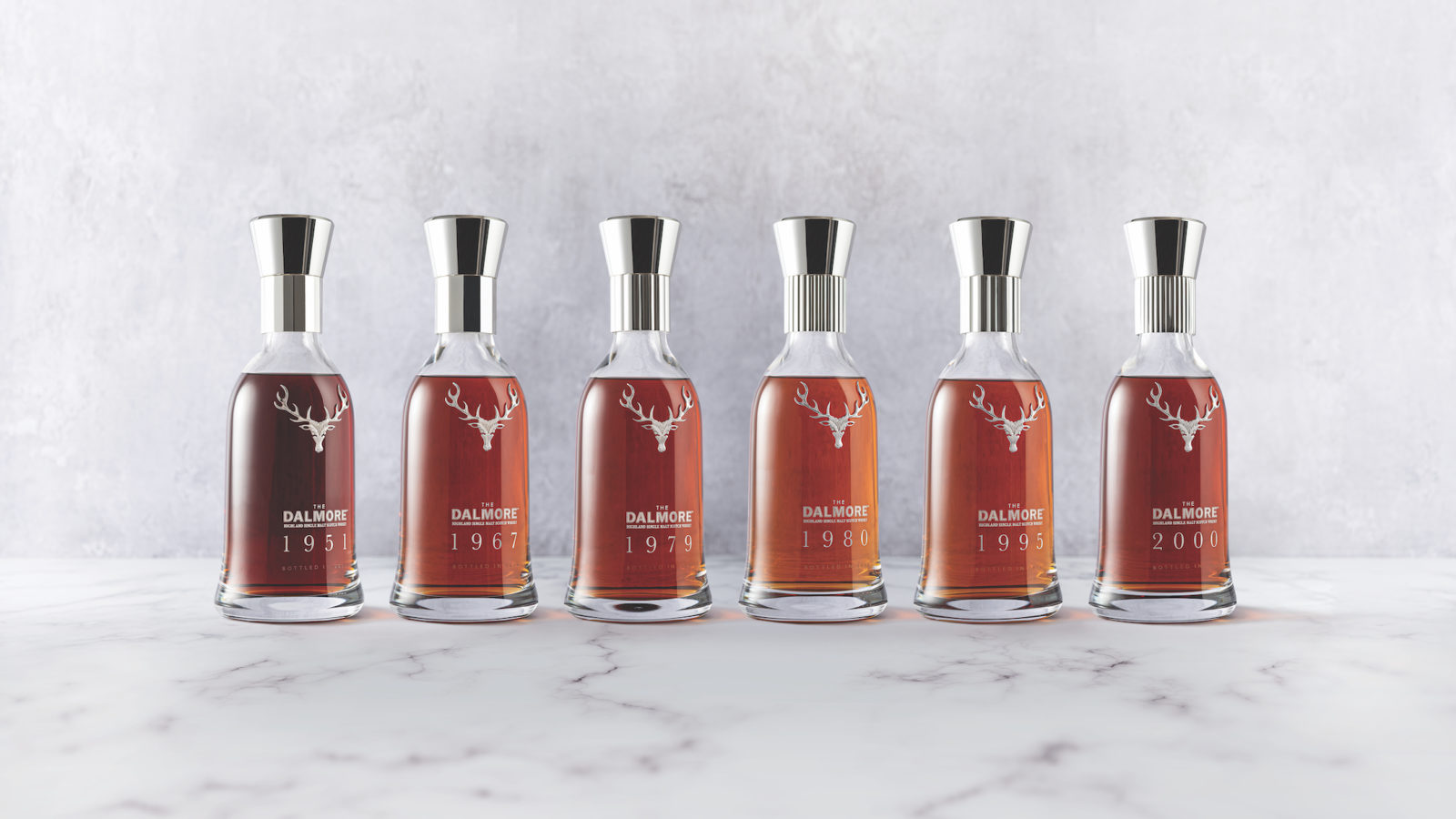 Wine & Dine
Alchemy at Six: The Dalmore Decades No 6 Collection
Share
Next article

Lovers of the grain will know that one of the paragons of luxury whisky is The Dalmore, a Scottish label with over 180 years of history that takes the proud stag’s head as its symbol. Literally and metaphorically, decades of know-how, culture and craftsmanship have been distilled into this one-of-a-kind release: the six-bottle The Dalmore Decades No 6.

Six exceptional and very limited-quantity single malts tell the story of The Dalmore’s alchemic craft and DNA across six decades, with the youngest being the turn of the millennium and the oldest dating back a remarkable 70 years to 1951.

“Each bottle marks a very special milestone in the brand’s history and has a unique story to tell,” says Dalmore master distiller and pioneer of cask curation Richard Paterson, who over the past 50 years has kept a watchful eye over a rich inventory of rare whiskies, “giving them the guidance to mature and reach their full potential in the finest casks sourced from around the world.”

The Dalmore’s new four-year partnership with the V&A Dundee Museum in Scotland – where they will celebrate their shared values of creativity, design, and vision – marks a new chapter of cultural collaborations at the Highland whisky label.

It kicked off with the premiere of Decades in the Making, a short film starring Japanese starchitect Kengo Kuma, who designed the V&A Dundee, and the Dalmore’s Paterson. Kuma’s protégé Maurizio Mucciola gave an in-person introduction to the remarkable architectural project, which was nine years in the making and is now a modern jewel in the Scottish cityscape.

A tour of the museum was followed by an exceptional VIP dinner and tasting experience that gave a select few a sip of five of the Dalmore Decade single malts. The 1979 in particular, which has matured through a Matusalem Oloroso sherry cask and a Graham’s Port 1952 Vintage cask, is a pure silky-smooth nectar with notes of toasted pistachio, pineapple and dates.

An auction of this exclusive Dalmore Decades No 6 set will take place at Sotheby’s Hong Kong from October 7 to 8 (along with several other collectable Dalmore sets), with a percentage of the sales being donated to the V&A Dundee.