Behind the Brew with Jennifer Liu of The Coffee Academïcs 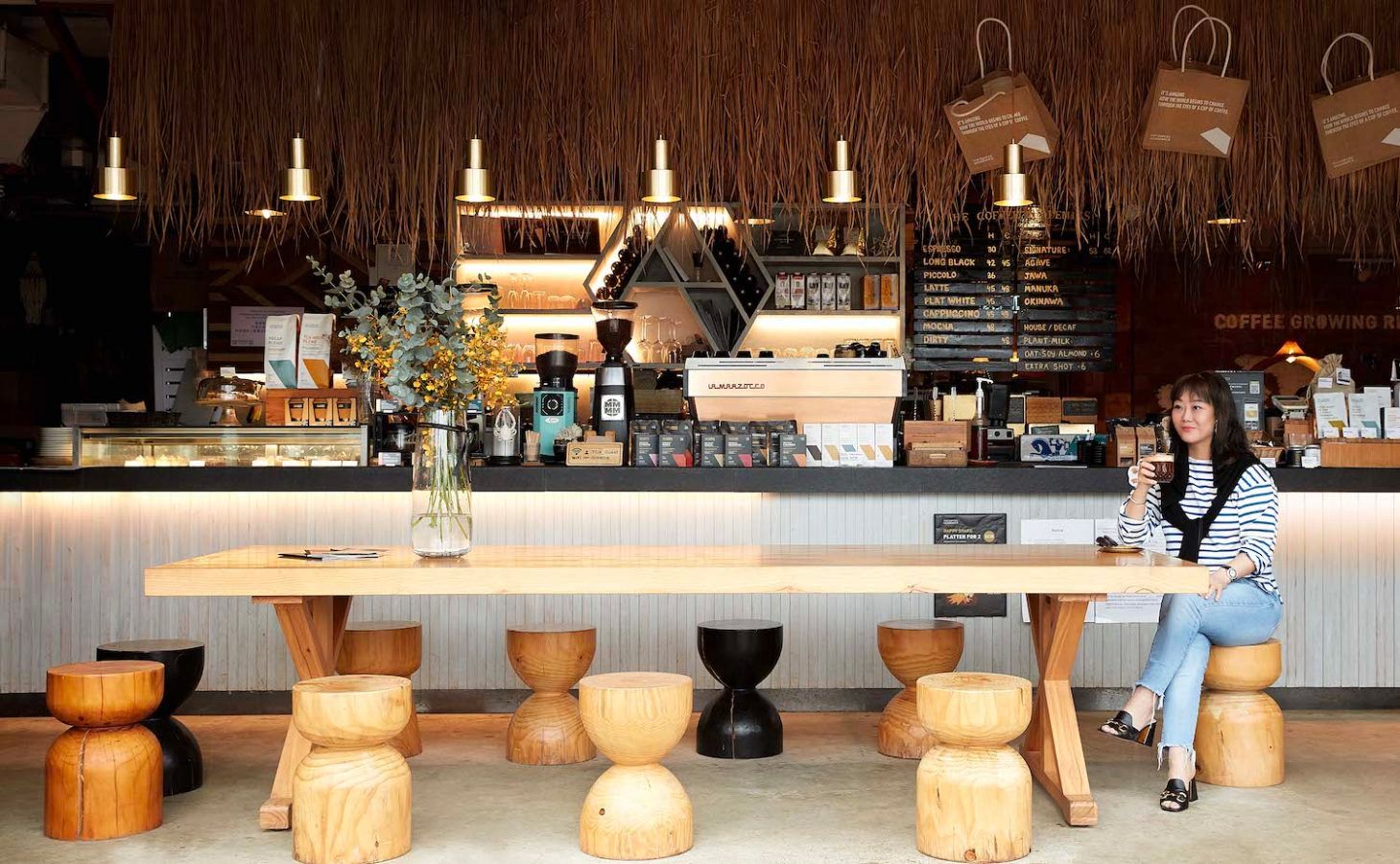 From drip bags to capsules and everything in between, Jennifer Liu of The Coffee Academïcs shares with Sandra Kwong her journey to become one of Asia’s top figures in the world of caffeine.

Good morning – or is it? – and with that, the automated reply: a weary, deadpan voice that croaks back, “Don’t talk to me until I’ve had my coffee.” And post-coffee, a visible energetic shift, a little extra pep with the dilation of pupils that signals what we like to call the true awakening; the jumpstart that animates the mind. Ah, coffee. What a world of difference a cup can make.

And the variety! Goodness, how the market has grown the last decade. Going into a coffee shop nowadays can be almost intimidating. Where to even begin? Choosing the right blend of coffee beans is now akin to choosing a good bottle of wine, and the aroma notes sound similar, too: hints of chocolate, a nutty aftertaste, smooth berries, velvety spice, a citrus kick.

And lest we forget the farm origins of said beans, a component that The Coffee Academïcs founder Jennifer Liu insists is key to a good cup of coffee. “We source only the top 5 percent of speciality-grade Arabica coffee carefully and directly from more than 50 independent farms globally. We roast 100 percent of our coffee beans locally in Hong Kong, on-demand for all online orders, quality controlled by our award-winning team.”

Even non-coffee drinkers will know of The Coffee Academïcs, a brand that’s been making waves across Asia since 2012, helping take coffee culture to new heights with its motto and philosophy of local experiences with global impact. Members of the team are also regular award-winners in international barista championships, in subcategories that include roasting, cupping and latte art.

“We started in Hong Kong and have since expanded the business to Singapore, along with partnerships in Thailand, Indonesia, Philippines and, more recently, Malaysia,” says Liu. “We’re expanding towards 50 outlets by end of this calendar year. Overall, it’s been a fun journey expanding to different countries. I’m very happy to have strong, supportive and wonderful partners who share the same vision and certainly look forward to post-pandemic plans in other countries.”

With such a robust footprint in the scene now, it’s hard to imagine that the self-proclaimed “coffee queen” ever had a different calling. “I have an architectural background,” she says. “I studied at Cornell University and initially worked as an architectural apprentice for a few years, first with a firm in New York, and second with Wong Tung & Partners in Hong Kong. During that time, I also founded my first start-up called PropertyPortal.com, a proptech that was then backed by PCCW Ventures.

I entered the coffee business as a side hobby, really. When first I came back post-graduation, there were no boutique, niche coffeehouses in Hong Kong. I just wanted a private joint for fun, for coffee gatherings, and decided to design the brand. I guess the rest is history.”

Liu is a woman who wears many hats. On top of running The Coffee Academïcs, she’s also vice-chairman of Gale Well Group, her family’s real-estate business, and the founder of the Jennifer WF Liu Charitable Foundation, which supports underprivileged women and children.

“On a typical workday, I’ll wake up at 9am and usually skip breakfast if I’m intermittent fasting. I’ll have a Zoom meeting with the management team at The Coffee Academïcs to start off the day. Lunch is usually with various friends or family, followed by visiting one of the cafes unannounced. My go-to drink is our ‘Steam’, an ice-steamed espresso where sugars in coffee are emulsified to create a frothy texture – a cappuccino with emulsified ‘milk’ that’s completely dairy free.

Afterwards, I’ll either pop into the Gale Well offices or head back to The Coffee Academïcs office to close off any miscellaneous tasks. By around seven, I’ll be headed home for dinner.”

Liu remains the company’s branding and design mastermind, working with her in-house designers to curate every element in all the outlets. Earlier this year, plans were announced to open The Roastery Academïcs, a new 12,000-square-foot roasting facility in Tuen Mun.

“We own this factory location in Tuen Mun, so it was an easy decision,” says Lui. “The top floor became available for us, so we decided to go ahead and make the project happen. We’ll have three state-of-the-art Dutch coffee roasters that treble production capacity with high-tech monitoring ensuring consistent quality. We’re sourcing from more than 30 single-origin coffee beans worldwide and now boast both the largest range and production capacity of any Hong Kong coffee brand, roasting up to 800kg a day. On top of that, we’re also installing solar panels for renewable energy to make the factory more sustainable.

“We’re extremely proud of our stringent quality control and procurement standards. In particular, we’ll be eliminating carcinogenic and neurotoxic acrylamide, which is more prevalent in lower-quality and immature coffee beans and dark-roast Robusta coffee, by only sourcing speciality-grade Arabica beans.”

Coffee aficionados should be delighted to hear that The Roastery Academïcs is launching a series of roastery workshops, sharing the art behind cupping, sampling and blending like the pros. Given the current lockdown situation, though, Liu and her team have also launched a new door-to-door in-house delivery service – TCA+ Delivers – featuring a menu of international dishes, along with drip bags, coffee capsules and cold-brew cans, available for pick-up and delivery to almost all districts.

“We hope to help customers combat the pandemic blues,” Lui says. “Coffee is a social connector. It connects many important subjects and experiences that I’d otherwise neglect or didn’t realise. I consider my best life advice from my dad, who encouraged me to live happily and seek meaning in life. I think the philosophy of creating shared values within my brand has been rooted in me from his early teachings, being a company that embeds charity and gives back to society as an ongoing core value. I’m proud to be able to learn and walk this journey.”