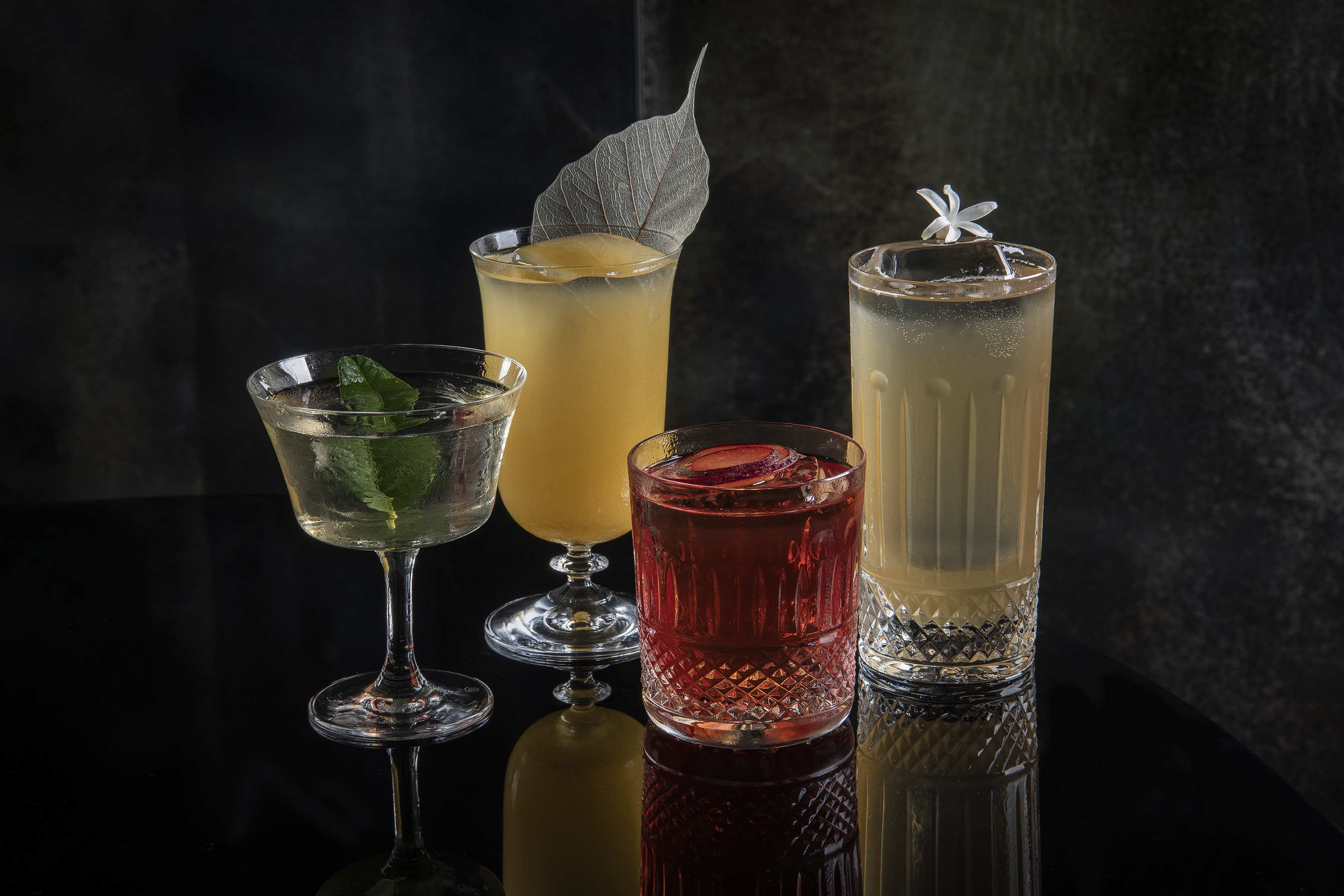 As we wind down to the end of the year, it seems only right to sit down with cocktail in hand and take a retrospective look at what we did… and drank.

2019 was a year of ups and downs aplenty, but when it comes to new and happening bars, Hong Kong never disappoints. From new luxury hotel bar openings, to the city’s first ladies-only speakeasy, to cocktails on tap, to wine and tea-inspired bars, we had it all. So here it is, our top seven bars that opened in Hong Kong and where we enjoyed a fair few tipples this year.

Not only was the Rosewood one of Hong Kong’s top luxury hotel openings of the year, but they also opened one of the city’s best new bars; DarkSide. An homage to Kowloon’s fondly-known moniker, the bar also dedicates itself to a selection of dark spirits including some rather rare labels of rum, whiskey, calvados, cognac and more. In addition, the concise but stellar cocktail list goes down extremely well with the live jazz sessions. There are also vintage cigars and an array of dark chocolates and snacks to pair with your beverage of choice.

Dai Bing — meaning big ice in Cantonese — is the little sister to popular watering hole Ping Pong 129 Gintonería. Featuring Hong Kong’s first artisanal ice suite that creates crystal clear ice, an atmospheric interior and a live band on Saturdays, it’s safe to say that Dai Bing is pretty cool. Much like its sister, the bar’s secluded location makes it feel like a hidden gem too, and remains a great place to have good conversations while you sip on their long drinks, or highballs.

Inspired by our beloved beverages of tea and cocktails, it’s no wonder we frequent this somewhat hidden bar. Tucked away in Central’s H Code building, Tell Camellia is the drinking den that satisfies both cravings. It’s also headed by bartender and industry experts Sandeep Hathiramani and Gagan Gurung, so you can be sure that you are in safe hands. Meanwhile the menu showcases a rotating list of Teatails and T&Tonics, which either blends tea in the cocktails or uses tea redistilled with gin.

The second instalment of Asia’s Best Bar 2019 (The Old Man) is none other than The Sea by The Old Man. Following in its sister’s footsteps, the spin-off is also based on the theme of Ernest Hemingway’s 1952 novel. In fact, it doesn’t look dissimilar to the original concept and also features a moody interior but with slightly more space. Here, modern mixology and complex techniques such as fermentation, sous-vide cooking and rotary evaporation, creates some of Hong Kong’s most innovative cocktails.

When luxury hotel The St. Regis Hong Kong opened earlier this year, there was one particular thing — other than the stunning André Fu-designed suites — we were all excited to visit; The St. Regis Bar. Thankfully, it did not disappoint. Quite the contrary, it exceeded many of our expectations and offered us some solid, and rather spirited, cocktails that we were happy to sip on. The St. Regis’ signature service is also apparent and makes for an indulgent evening of cocktail drinking indeed.

Without a doubt, this sommelier-led wine bar has been created with oenophiles in mind. Offering almost 600 different wines, the extensive menu at ThinkWine is a stunning showcase of diverse vintages and appellations that are not usually found in Hong Kong. What’s more, they offer some fantastic food pairings, which range from fresh oysters, to caviar and cheeses, all within their charming space that comes complete with open air balcony. They are also able to accommodate wine tastings and masterclasses too.

Calling all those who carry two X chromosomes is ladies-only speakeasy XX. Hidden away behind a secret coded door, the new bar is also situated in Rosewood Hong Kong and offers the kind of comforts made specially for the female population. From the soft slippers provided at the door (so you can kick off your heels), to sweet treats and savouries to pair with the colourful cocktail menu — this is the luxury lady bar that could beat the gentleman’s club any day.