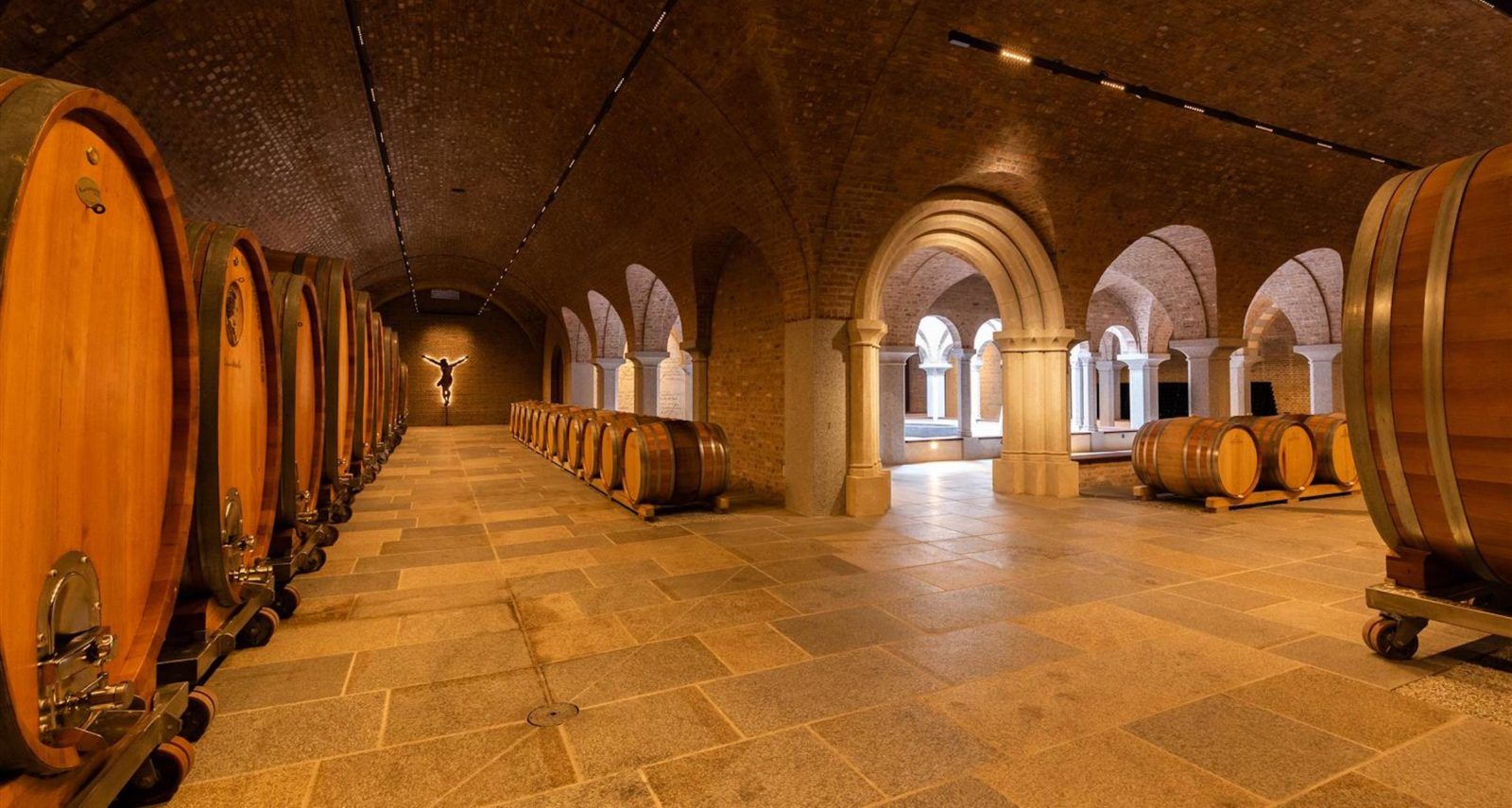 These were the five top-scoring bottles of Schloss Gobelstein Heiligenstein dry riesling, all rated from 99 to 96 points by the JamesSuckling.com tasting team.

The JamesSuckling.com team did a vertical tasting of Schloss Gobelsburg’s Ried Heiligenstein dry rieslings, dating to 1971, which have helped cement Michael Moosbrugger’s reputation as one of Austria’s most original winemakers.

Like several other European wine-growing nations, Austria has many old wineries, but few come close to matching the 850-year history of Schloss Gobelsburg in the Kamptal appellation of the Danube region. The first record of its vineyards dates to 1171, making it just a fraction younger than Burgundy’s famed Clos de Vougeot.

No less remarkable is the Ried Heiligenstein, one of the top sites in Austria for dry riesling. In Austria, ried is the official term that means single-vineyard site. Heiligenstein is often incorrectly translated into English as “holy stone”, but it actually means “stone of the saints”.

Just over a century ago, the Heiligenstein was one of the first single vineyards in Austria to get its own name on a label, at a time when dry rieslings were a rarity in the country and were much sought after. Today it has 50 owners, and the wines from at least a dozen of them have good reputations.

Such exceptionalism was reason enough for Schloss Gobelsburg’s director and winemaker, Michael Moosbrugger, to present a vertical tasting of the winery’s dry rieslings from the Heiligenstein going back to the 1971 vintage. The tasting took place in London at 67 Pall Mall in the St James area, and it helped cement Moosbrugger’s reputation as one of Austria’s most original winemakers.

You can tell the Heiligenstein is special from a considerable distance. Travel from Vienna to the regional centre of Krems on the Danube and you can’t miss it. A quarter of an hour before you arrive, it suddenly looms on your right, its ridge forming the horizon.

The entire 35-hectare surface of the south- to west-facing Heiligenstein is covered with narrow terraces, many of which accommodate just three or four rows of vines. Schloss Gobelsburg owns a total of about 3 hectares divided between two parcels in the south-facing section of the site, or about a tenth of the Heiligenstein’s entire area. The other famous site in the Schloss Gobelsburg portfolio is the Lamm, which is planted entirely with gruner veltliner, Austria’s signature white-wine grape variety.

The bedrock of the Heiligenstein is composed of the unique Zobing Formation, named after the nearby village of Zobing, from the Permian period (252-299 million years ago). The most important of these is a conglomerate that looks like a mass of large pebbles set in crudely mixed concrete. Those pebbles are composed of ancient volcanic rhyolite, one of the crystalline igneous rocks the Austrians refer to as Urgestein.

The Heiligenstein wines Moosbrugger makes at Schloss Gobelsburg combine the characteristics typical for the site with a wonderful textural richness. They should appeal not only to riesling freaks but also to anyone who enjoys cool-climate chardonnay with discreet oak.

In 1996 at the age of 30, Moosbrugger took a two-generation lease on the property from the monastery of Stift Zwettl, a short drive to the north. Back then, Moosbrugger’s takeover of the winery seemed like a daring move. Although he’d apprenticed at the famous Salomon Undhof and Jamek wineries in the Danube region, he hadn’t studied winemaking and came from a family of hoteliers in the west of Austria. A generation ago in this conservative area, such a move looked seriously eccentric.

Although Moosbrugger didn’t mention it at the tasting, 2021 was also the 25th anniversary of his arrival at Schloss Gobelsburg. He did say plenty about his wines, and some of this also says a good deal about him — including his opinion on whether to put nobly rotten fruit in the press or to rigorously exclude it when making a dry riesling. “If you’re going to make a good fruit salad, then you don’t start with rotten fruit,” he explained, before adding the caveat, “but there’s no ultimate truth!”

Thanks to Moosbrugger’s efforts, the Heiligenstein wines of Schloss Gobelsburg are becoming legendary once again.

These five top-scoring bottles of Schloss Gobelstein Heiligenstein dry riesling were all rated from 99 to 96 points by the JamesSuckling.com tasting team.

Very deep and complex with a slew of dried-apricot, candied-citrus and quince-paste aromas. Incredibly long and delicate finish. An almost timeless masterpiece.

On the mouth-filling palate, the ripe fruit and racy acidity are precisely balanced. Very long and precise finish with a ton of wet-stone and bergamot character. Many years of life ahead of it.

A classic, mature, high-end Austrian riesling with ravishing ripe-apricot and candied-orange character, plus hints of toasted nuts and bitter chocolate. Drink or hold.

This is still quite yeasty but in a rather attractive way. Behind that yeasty creaminess, which will fade somewhat with time, is a great wine that’s deep, firm and complex.

For more wine reports and ratings, you can visit JamesSuckling.com