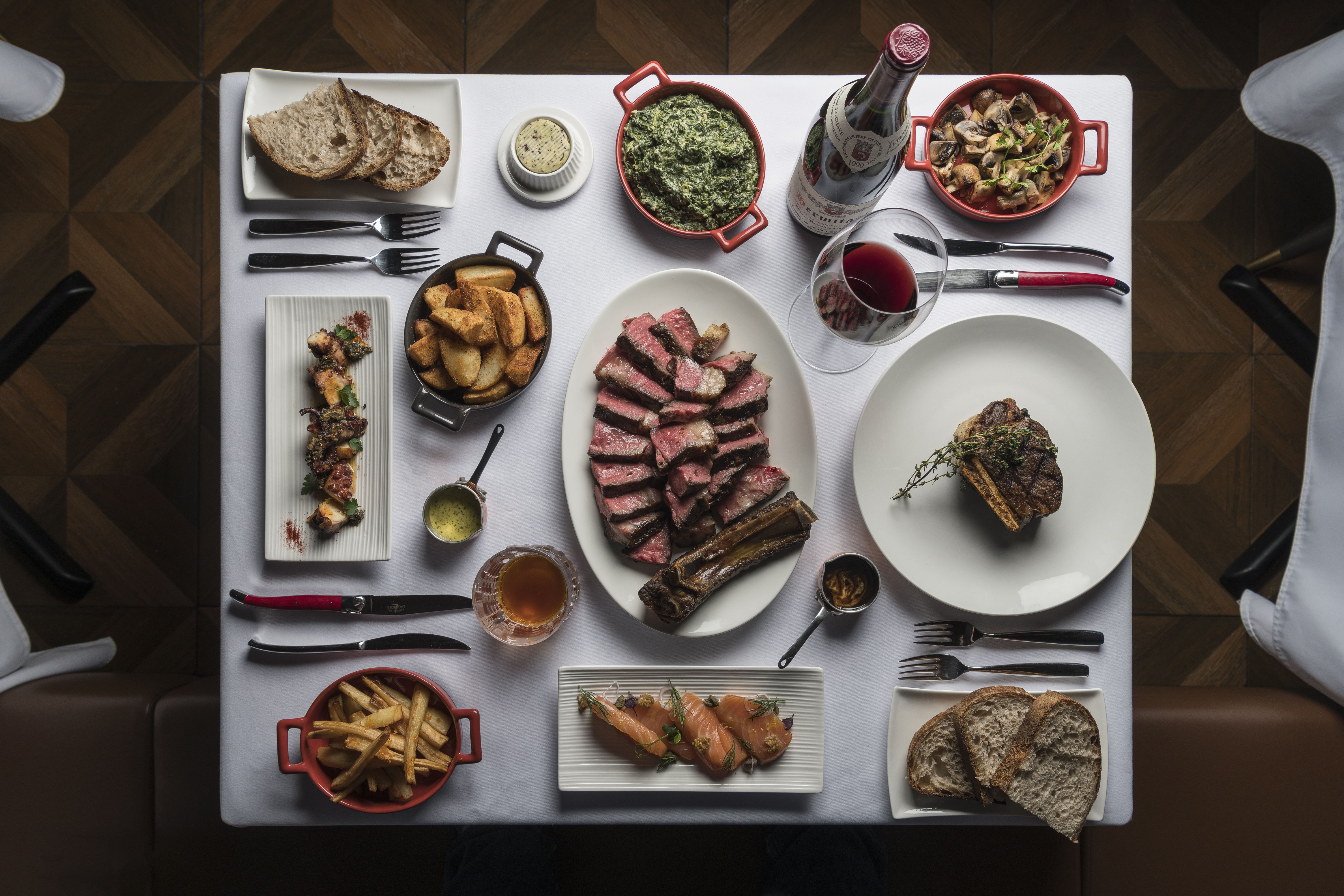 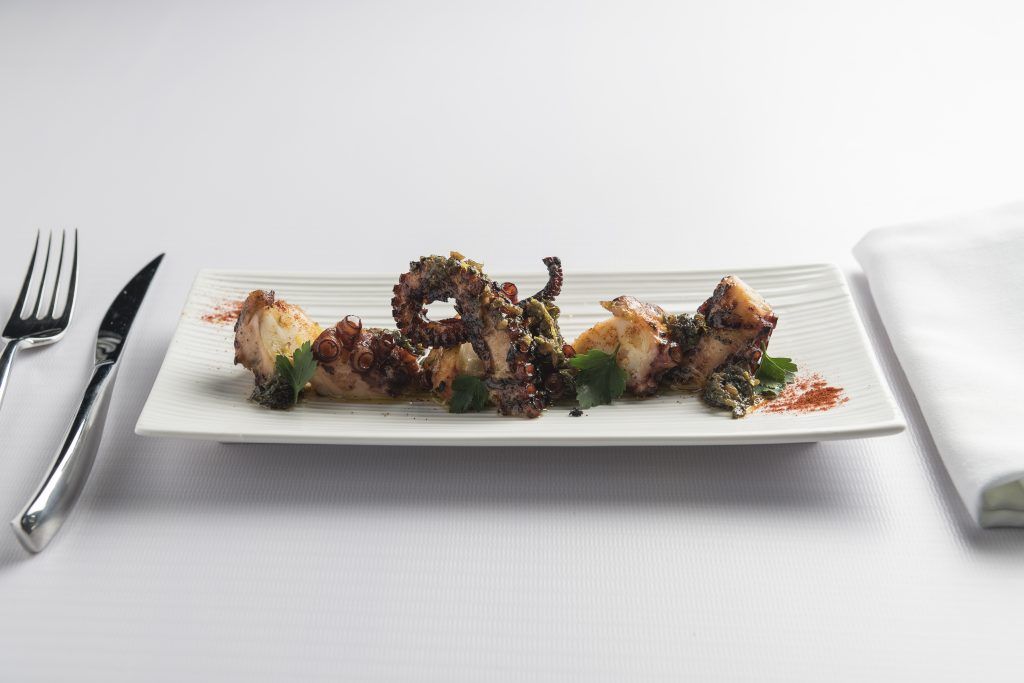 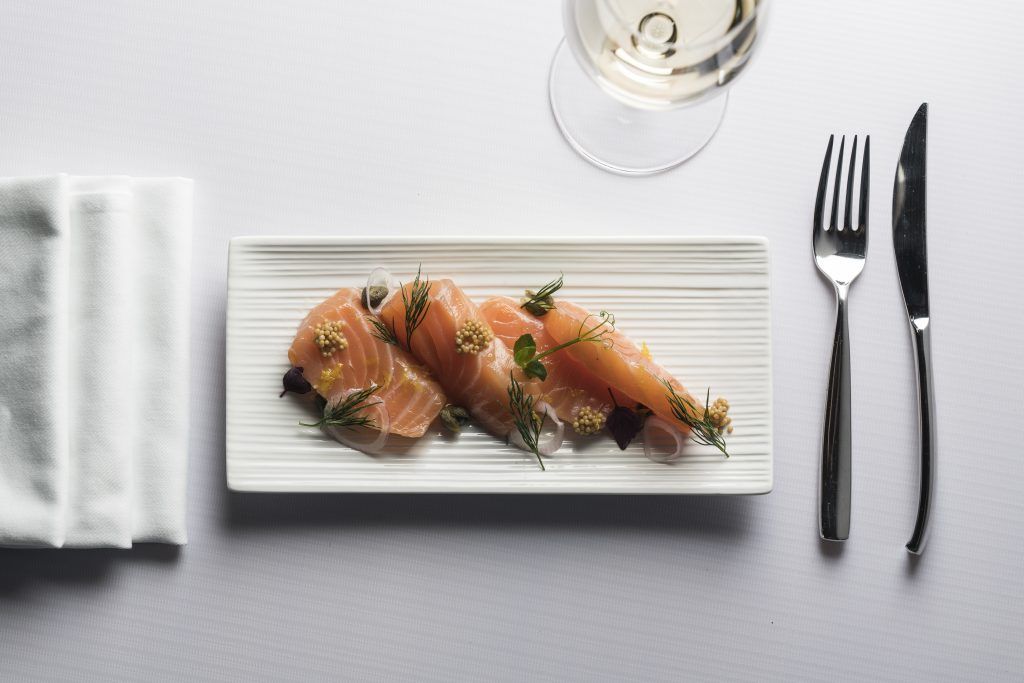 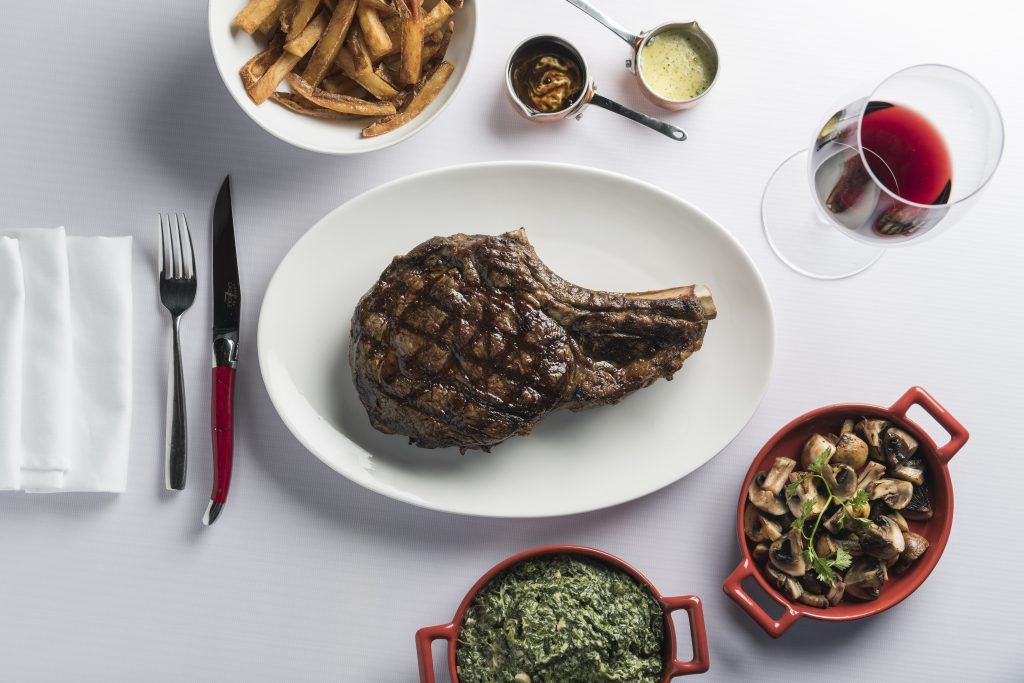 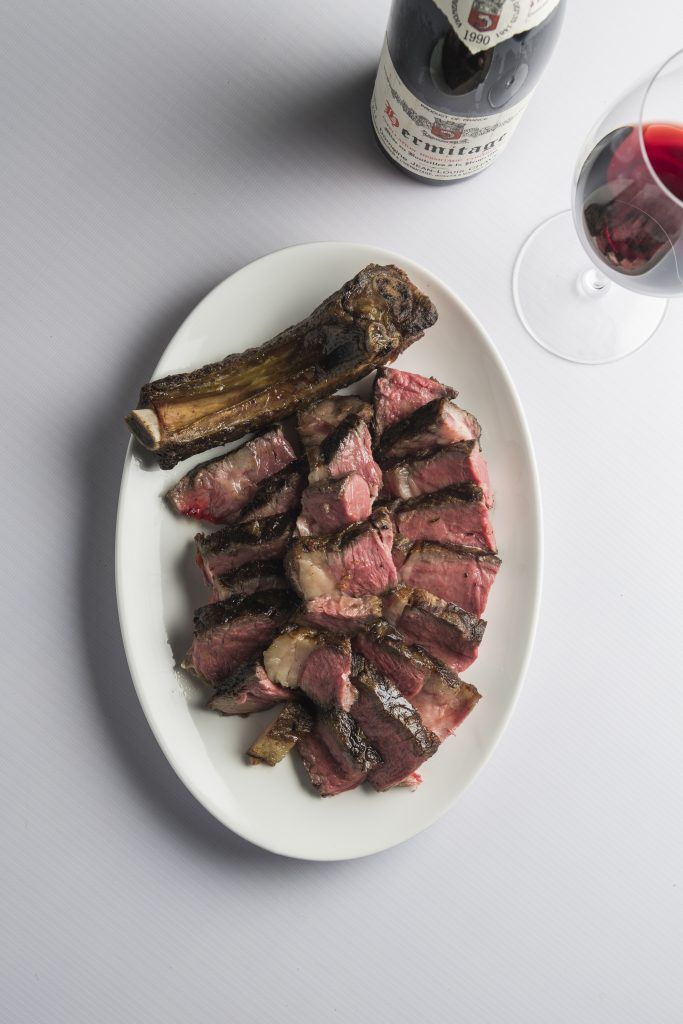 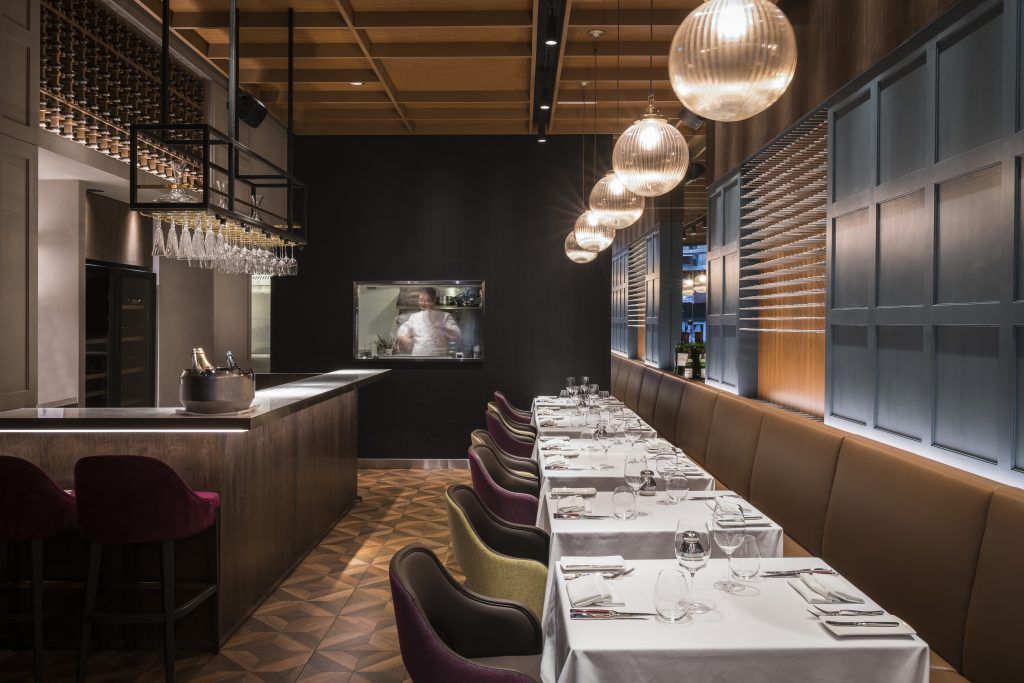 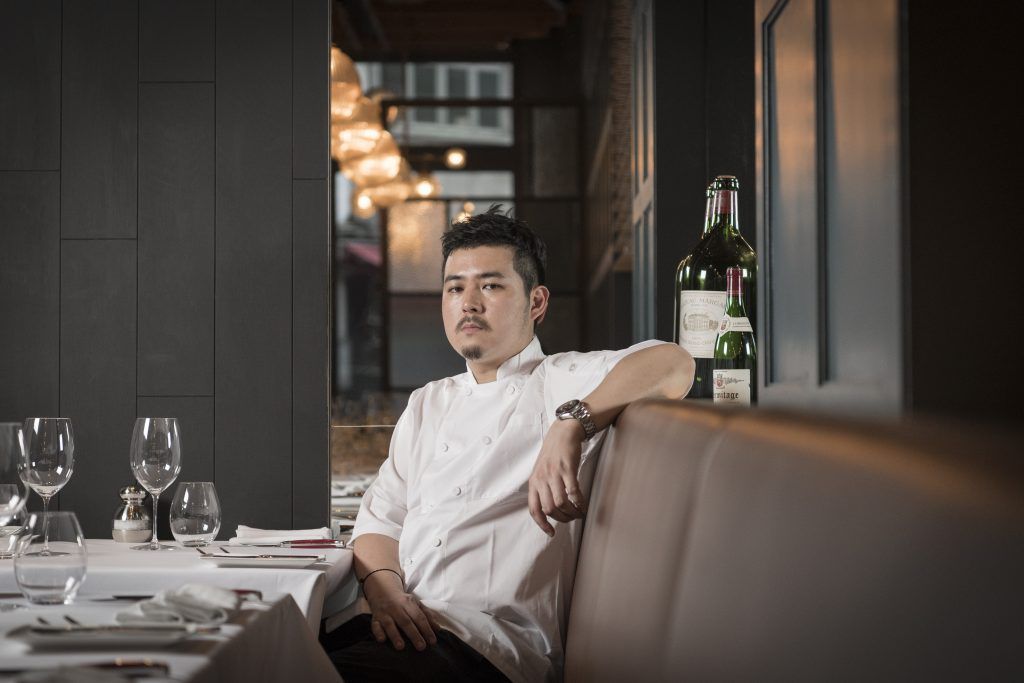 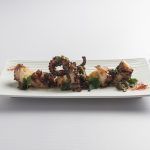 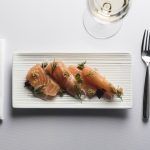 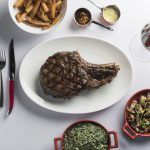 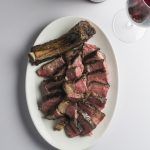 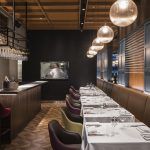 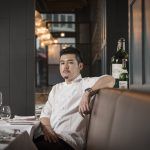 When I say I find it hard to find great steak in Hong Kong, people seem pretty offended, pretty quickly. So, let’s get this straight. I have had good steak in Hong Kong; hell, I’ve even had great steak here (when Richard H Turner of London’s Hawksmoor restaurants came to Rhoda last year, my heart skipped a beat), but the problem that keeps rolling back around is that you’re paying an awful lot of money for something that, more often than not, is just bordering on fine.

If my wallet is being held hostage for anything between HKD $600-$1200 for a piece of meat (and I’m not talking Wagyu, just good old-fashioned rib eye), it should be more than fine. It should be cooked exactly how I’ve ordered it – I am a rare kind of girl – charred on the outside, juicy within, tender as sin and not the size of a peanut. It’s not rocket science, it’s steak. And yet, it seems very, very hard to find something that ticks all the boxes, all the time.

And so, when a new steak venture comes to town I’m always the first to get excited, hoping that maybe I’ve just found the holy grail of steak. Which is what had me banging down the door at Steak on Elgin when it soft-opened a few weeks ago.

Owned by wine merchant Stephen Wickens, the kitchen is in the hands of Head Chef Clayton Ma, who has spent time in restaurants around the world, from Aspen to Dubai, and is back in Hong Kong to stoke the fires at Steak on Elgin. Bearing in mind Wickens is all about wine, it’s more than worth mentioning that the bottles available here are a real treat. Don’t arrive expecting to pick up anything under $500, and even then it’s only the one bottle currently on the menu, but there are some beauties on here with real age in the bottle and a fair price tag to match, a rarity in Hong Kong. The wine list will be changing regularly, so keep an eye out for some treasures.

But, to the food. The menu is simple, an immediate plus. Six appetizers, five cuts of beef, four sides and a handful of extra dishes (fish, pork, lamb and desserts). We had gravlax to start, which arrived cut thick and plated with pickled mustard seeds and capers. It was good. Then we had grilled Spanish octopus, and that was very good, even if we couldn’t taste an inkling of the anchovies we were assured had made it into the dish.

Dry-aged filet mignon on the bone and a Belgium dry-aged rib eye came next. And they were just south of perfect. The smell arrived first, as it should, charred and fiery but full with a loaded meaty richness that meant I dispensed with cutlery entirely and picked up a slippery steak slice to eat with my fingers. Just go and order both of these. And get the spinach. It was exceptional spinach. Don’t bother taking condiments, but do try the sauces. In the end, I avoided them all because the meat was just that good alone.

Did anything not work? The spotlights that lined the wall bench seating were a bit bright. This was not news to Wickens, who explained that the lightbulbs flickered when dimmed so they were looking into changing the lot. It also got pretty Baltic for a while, which worked for me but not my blue-lipped partner. I’m pretty sure they figured this out though, as the air conditioning seemed to adjust in time for dessert – which, incidentally was a perfectly concocted trifle, served with a 1946 sherry which makes every other sherry I’ve tried taste like pond water. My last gripe: I don’t know why they felt it necessary to serve a single slice of (crusty, fresh) sourdough with cutlery, from a napkin-covered bowl; it was a bit over the top, just plonk it on the table – they are big enough to do so if you’re only keeping the carbs until you’re done with appetizers.

But this is all besides the point. I’m going to go back, and I’ll be hoping the steak is as good the second time around. Then, I may just claim to have found my favourite steak in the city.