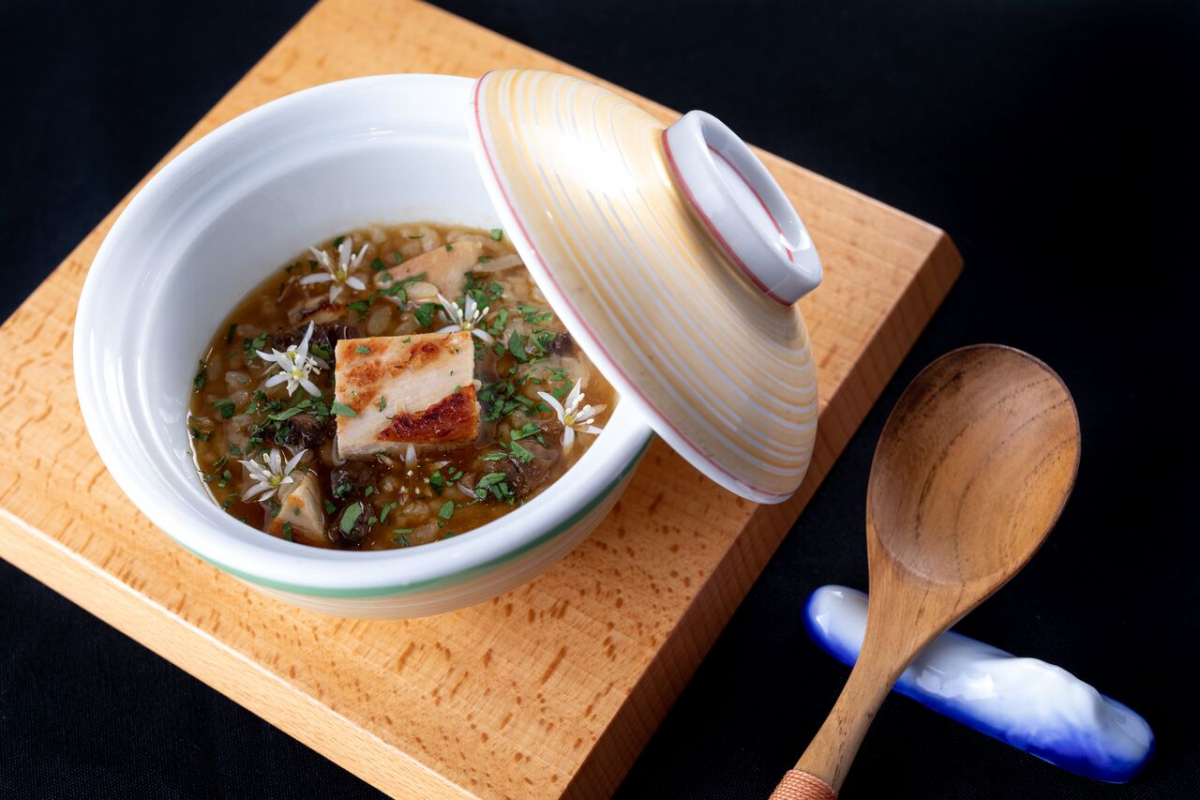 Fresh off the Hong Kong dining scene are some of this month’s most exciting menus to try out this September. Be prepared for chef takeovers, collaborations melding divergent cuisines and seasonal specials — you’ll need to get in while you can, as these one-off opportunities are not to be missed.

Fusion cuisine isn’t something new, but it is rare when two distinct cuisines are able to bring their own flavours onto the table, perfectly balancing each other without losing its own characteristics. In a very special collaboration, Italian fine dining restaurant Giando join hands with reinvented traditional Chinese eatery Kin’s Kitchen to bring forth two menus — each borrowing elements of its partners’ heritage. Chinese style grilled cod fish with Italian tomatoes, Chinese olives with Burrata cheese, Cantaloupe Melon Soup with pistachios and Sichuan peppers are just a few of the dishes we can’t wait to sample.

Indulge in Chef Kiko Moya’s Barcelonian flavours without enduring the long haul flight. Lending his talent from his two Michelin-starred restaurant, L’Escaleta, Chef Moya is here for three nights only at Park Lane’s SKYE Roof Bar and Restaurant. Expect delicate and artful creations inspired by local produce showcased in his signature avant-garde style. The seven-course dinner menu includes some of his classics such as cold noodles with rock shrimp, smoked Iberian ham with onions and spicy roasted pumpkin juice.

Amber welcomes Chef Mingoo Kang from Mingles, in South Korea. Ranked 11th on Asia’s 50 Best Restaurants list in 2018 and named the Best Restaurant in Korea, Mingles comes to Hong Kong to partner with none other than Chef Richard Ekkebus of Mandarin Oriental’s two Michelin-starred French restaurant, Amber. The two chefs will be creating an unforgettable gastronomic experience featuring dishes such as Korean-style beef and caviar tartare, Kuruma ebi with vegetable ‘japchae’, blue lobster confit in kelp-infused butter and Donbes duck in coffee rub and smoked paprika.

Japanese restaurant HAKU joins forces with Michelin-starred restaurant Taïrroir from Taipei along with Tokyo’s Mixology Salon for a meal of culinary artistry. The nine-course cocktail-paired feast is one of the most exciting collaborations of the year — adding unexpected twists to create an impressive dining experience in modern Asian cuisine. Diners can look forward to dishes that equally represent both styles — in particular the Les Poisson du Jour with house-fermented miso, Hokkaido potatoes and leeks and the Creole Duck with hibiscus celery, shishito-hoisin and “flat pancakes”. These unique dishes go down especially well with award-winning cocktails designed to complement these bold flavours.