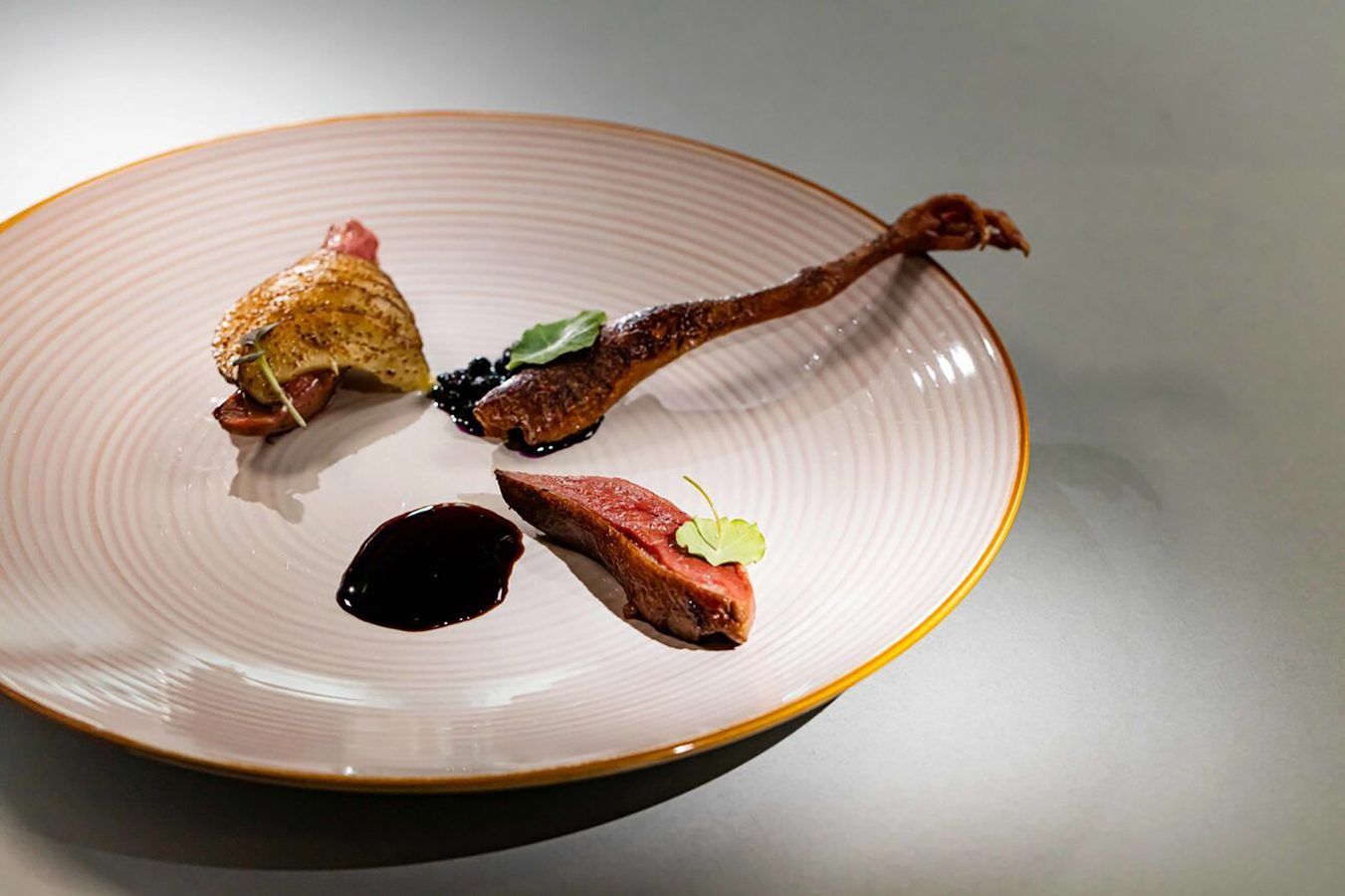 From the ashes of F&B establishments ravaged by covid-19 restrictions rises a new generation of private kitchens and chefs for hire, wowing us in the comfort of our own homes with technique, sharp tools and ever-changing seasonal menus. Join us to get a glimpse into their stories, cooking styles and all things delicious.

Chris Ho enjoyed cooking and trying different foods as a youngster, but his journey as a chef began in 2016 when he met Eric Räty, Arbor’s chef de cuisine. Räty showed Ho the way around a restaurant kitchen, inspiring him to take his cooking to the next level. After Ho’s dishes featured on Räty’s Instagram, notable restaurants around town began to approach the former to collaborate on pop-ups. Since then, the passionate home cook-turned-chef has been impressing locals with innovative dishes that include his signature Cold Soy Milk Broth Matcha Udon topped with Uni, served in a quintessentially Hong Kong receptacle – a cup noodle container.

Marissa Lau’s life as a private chef began with her MM Kitchen Instagram page. An avid home cook, she started posting her dishes on social media to broaden and share her experience. Small-order requests from friends grew into private catering services, and the bookings haven’t stopped since.

George Ip is a shining example of starting a second (third or fourth) life through exploring new hobbies or passions. After he’d retired, he met the prominent food writer and cookbook author Chan Kei-lum, and the two became fast friends, bonding over their mutual love for music and good food. As Chan was writing a new cookbook, Ip helped out with the photography and, through the camera lens, soon became familiar with the dishes and techniques. This ignited Ip’s interest to try out his friend’s recipies – and that quickly turned into weekly meals with friends and family. George Private Kitchen slowly came to fruition, with Ip’s first event being a fundraising dinner for his alma mater, followed by a series of pop-ups and private bookings.

Working in luxury fashion for most of his life gave Dorian Le Bigot little chance to train professionally as a chef, but his passion for cooking drove him to spend most of his free time honing his skills and techniques, and developing his own recipies influenced heavily by French cooking. Booking inquiries started pouring in after he organised a few supper clubs with close friends and KTCHN was eventually born in 2020 after Le Bigot found his cosy space in Chai Wan.

Cooking for loved ones and catering for parties at home were favourite pastimes for Sheila Fu even as a child. That passion grew with age until Fu interned at hotels and restaurants, when she became discouraged by the long hours and unsocial shifts. Indeed, until covid 19 hit she’d decided that a career in cookery was unlikely, but after pandemic measures ruled out dining at restaurants, she took it up once more for friends and family at home. With a bit of nudging from them, Fu then decided to take the leap and begin her journey as a private chef for hire.