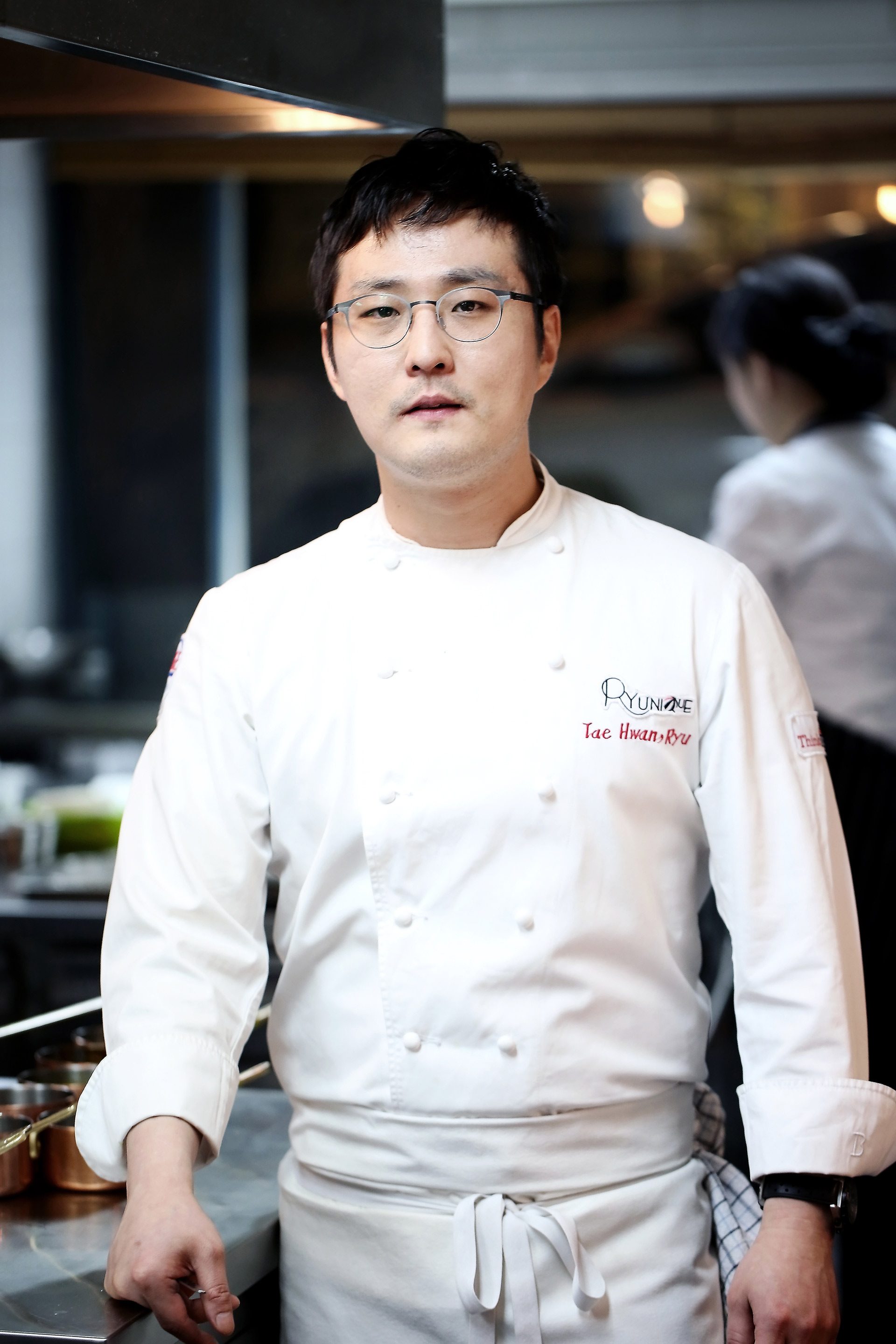 Ryu Tae Hwan has made a name for himself with his restaurant Ryunique in Seoul’s swish Gangnam District. Opened in 2012, it’s appeared in the Asia’s 50 Best Restaurants list and the inaugural Michelin Guide Seoul, published last November.

Last year the 36-year-old chef opened Normal by Ryunique in the same neighbourhood, whose bistro concept has generated a buzz. Ahead of taking a guest chef spot in Hong Kong this month, he talks about his culinary mission.

How would you describe yourself as a chef?

When I’m in the kitchen, I focus on everything being pure, simple and focused. I’m analytical and have my own concept that the team has to follow. Out of work, I’m playful and like a joke – I think I’m a totally different person.

How do you describe your cuisine?

I gained Japanese and French cooking techniques when I spent five years studying cooking in Tokyo and three years split between Sydney and London. So it was natural for me to combine these two types of cooking. And I try to use Korean ingredients when I can.

Quail is from Busan – the Uiryeong area, which is famous for garlic; this quail had the local garlic as part of its feed. I’m also proud of the pork I get from Yesan – a place that’s famous for apples in Korea. I get my eel from Gochang, which is famous for its blackberries – these berries are made into a powder and mixed into the eel feed; eels don’t usually make Omega 8 oil, but these ones do, so it’s very special.

I visit every farm that I use to meet the producer, so I can see how ingredients are grown and let my team and the customer know more about them. Two years ago I decided that I want to use as many Korean ingredients as I could. Before that, people liked to see that [top quality] ingredients came from far away, but we have great ones in Korea.

The pork from Yesan is much more succulent and fresh, without the lard smell that you can often get with this meat.

Are you proud of the rise in global popularity of Korean fine dining?

It’s just starting now. Last year the Michelin Guide came to Korea for the first time and two years ago Korea was included in the Asia’s 50 Best Restaurants list – our restaurant was in the 2015 list [at number 27]. There’s a lot of competition now – it’s like 10 years ago in Japan, when the Michelin Guide started there. It took about five years after that for things to settle down, so we should expect it to be a bit like that.

Do you ever plan to deviate from the path of French and Japanese cuisine?

I’ll always stick with these two, and I’ll always approach it in a very Korean way. Traditionally, Korean food has a certain umami but it’s quite mild, so if I experiment with spices or other flavours I’d never use them too strongly. But I’m open to all kinds of flavours.

I’m always looking for technical innovations, to see if that helps – for example, if it was possible to use something like 3D printing in my dishes, that would be exciting [smiles].

You opened Normal bistro recently. How would you describe it?

Normal by Ryunique has the same fine-dining DNA as Ryunique, so it’s not a casual bistro. From the menus from the past five years of Ryunique, we adapted recipes and made them a bit more casual. But it’s still semi-fine dining.

What trend or ingredient do you love at the moment?

Some restaurants are using tomato water – smashed-up tomatoes that are strained into a transparent liquid but with the essence of tomato. This kind of flavour purity always excites me.

What do you dislike in cuisine at the moment?

Maybe molecular cuisine, it’s tired now. When I was an apprentice I experimented with molecular techniques, but I never brought it into my restaurants. I like pure flavours and presentation, nothing that’s too complicated.

Is there a recent culinary discovery you made in your kitchen that you can share?

I made a new dessert by boiling paprika with garlic and thyme and syrup – and it tasted like pineapple. This is something that fascinates me: mixing ingredients together so that they taste like something else.

Are there any current or past chefs that you really admire?

I most like chefs who have something different about them. Alain Passard; he’s crazy, a genius. He’s got a very different way of thinking, like deciding to go about 80 percent vegetarian with his menu. Heston Blumenthal: he’s also a genius, doing things his own way. Gordon Ramsay – he’s a great physical power. Pierre Koffman: he’s insane, very hard-working.

Something different that you did with your dish Quail Nostalgia was to serve it with a descriptive literary accompaniment.

Yes, quail has always been a signature dish at Ryunique. I wanted to explain what’s behind it – Nostalgia was about some of my memories of food I’d had.

I recently replaced this with a version called New Era, and I wrote a new story for that. For a few years, Korea has been going through a lot of adversity, such as changing our president, and going through political conflict. I wanted to create something around an idea that’s positive.