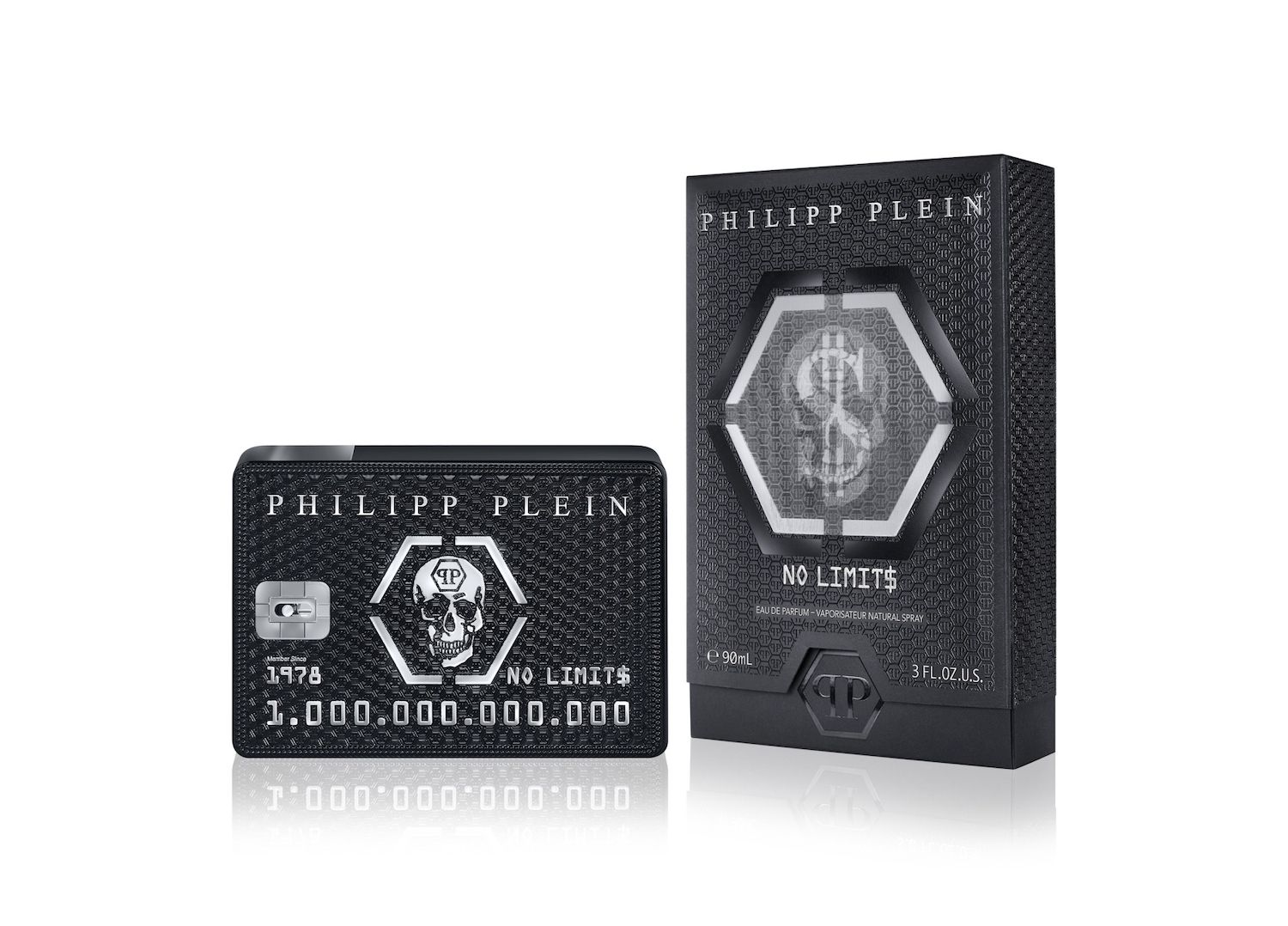 Reputed for his eponymous luxury label, German fashion designer Philipp Plein is expanding his newly-established fragrance arm, with the release of a new eau de parfum for men. Having made his debut into the category last December with ‘The $kull Art Edition’ — a unisex scent — the creative has recently launched ‘No Limit$’, which has been described as “a borderless invitation for Philipp Plein’s tribe and millennials all over the world to step into his excessive, hedonistic, unlimited high-voltage life.”

No Limit$ (which was also the name of Plein’s recent Autumn/Winter 2020 fashion show), comes in a bottle shaped like an unlimited credit card, cut from black-lacquered glass and embossed with the designer’s name and the brand’s signature skull symbol. The card’s chip acts as the spray cap.

“Is there any other straightforward way to say that you have reached an unlimited world when you get a 1 trillion credit card… Nothing you can dream of is out of your reach,” said Plein in a statement. “A very simple and powerful message. No Limit$ is the passkey to fulfill more than you can even desire. It is all about fun, excitement, money and sex. With my new fragrance, your life has No Limit$, so get in, your access has just been granted!”

“Philipp Plein No Limit$ is a high-voltage fragrance, a storm of energy, money, and muscles,” said Morillas in a statement. “I wanted to seize in this scent Philipp’s unstoppable stamina, his excessive and fascinating life, his world beyond all possible limits. I was triggered to create for him an indelible and sexy olfactory tattoo.”

To find out more about Philipp Plein’s No Limit$ fragrance, visit plein.com.