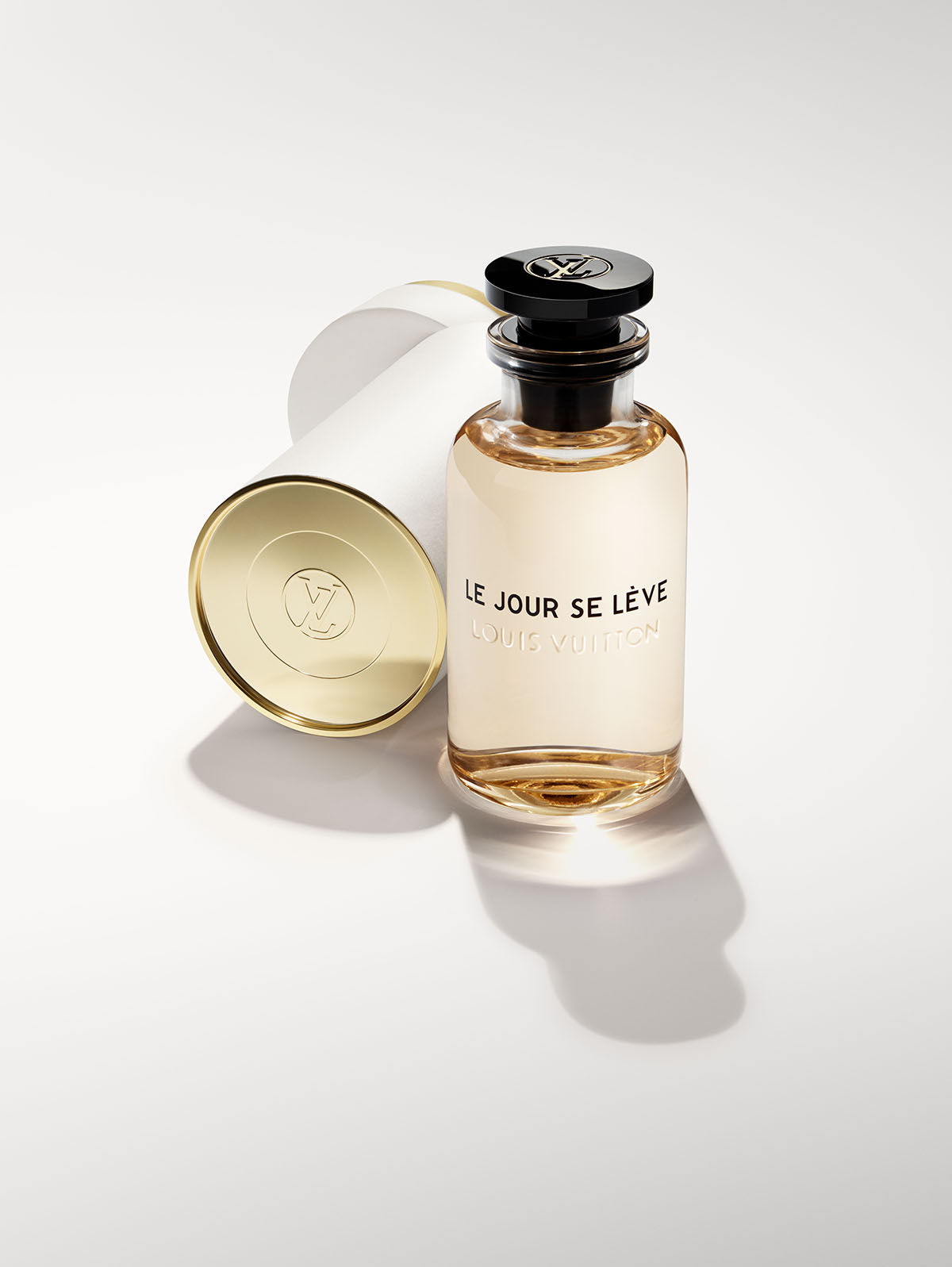 The latest perfume intended to smell like when you are in a break of dawn, and see the warmth of the sunrise. If the first seven perfumes are meant to be evoking your emotional side, LV’s master perfumer Jacques Cavallier Belletrud, wants to evoke optimism for the eighth scent. He chose mandarin as the main ingredient, “Mandarin is a marvellous citrus fruit because it’s possible to diffuse from it simultaneously the optimism of its flesh, the freshness of the zest and the floral aspect of the tree.” To complete the whole imagination when you smell the scent, Belletrud also chose sambac jasmine from China. Like the rays that warm the horizon, a chorus of musk gently asserts itself.

Keeping up with the previous seven scents, LV also made the perfume’s case in a clear bottle, along with its four refills. These modern magnetic refills clip onto the spray bottle intuitively. In less than a second, the travel bottle is prepped and ready to venture to the four corners of the earth.

As for the case, LV kept it in line with the rest of its fragrances, designed so simple and not easily perishable by Marc Newson. The designer who also known for his design of Apple Watch, has created the magnetic bottle cap. LV also provide the mini trunk, “flaconnier” in classic monogram to keep your perfumes. Whenever you are running out of the perfume, you can go to LV store and have them refilled again from perfume fountains specifically developed for these bottles. In just a few seconds, the empty bottle is filled with perfume with just a click, and without any outside contact, like futuristic capsule. This is also a way of paying homage to Les Fontaines Parfumées, Jacques Cavallier Belletrud’s creative atelier in Grasse, where a century ago one could refill bottles at the source.