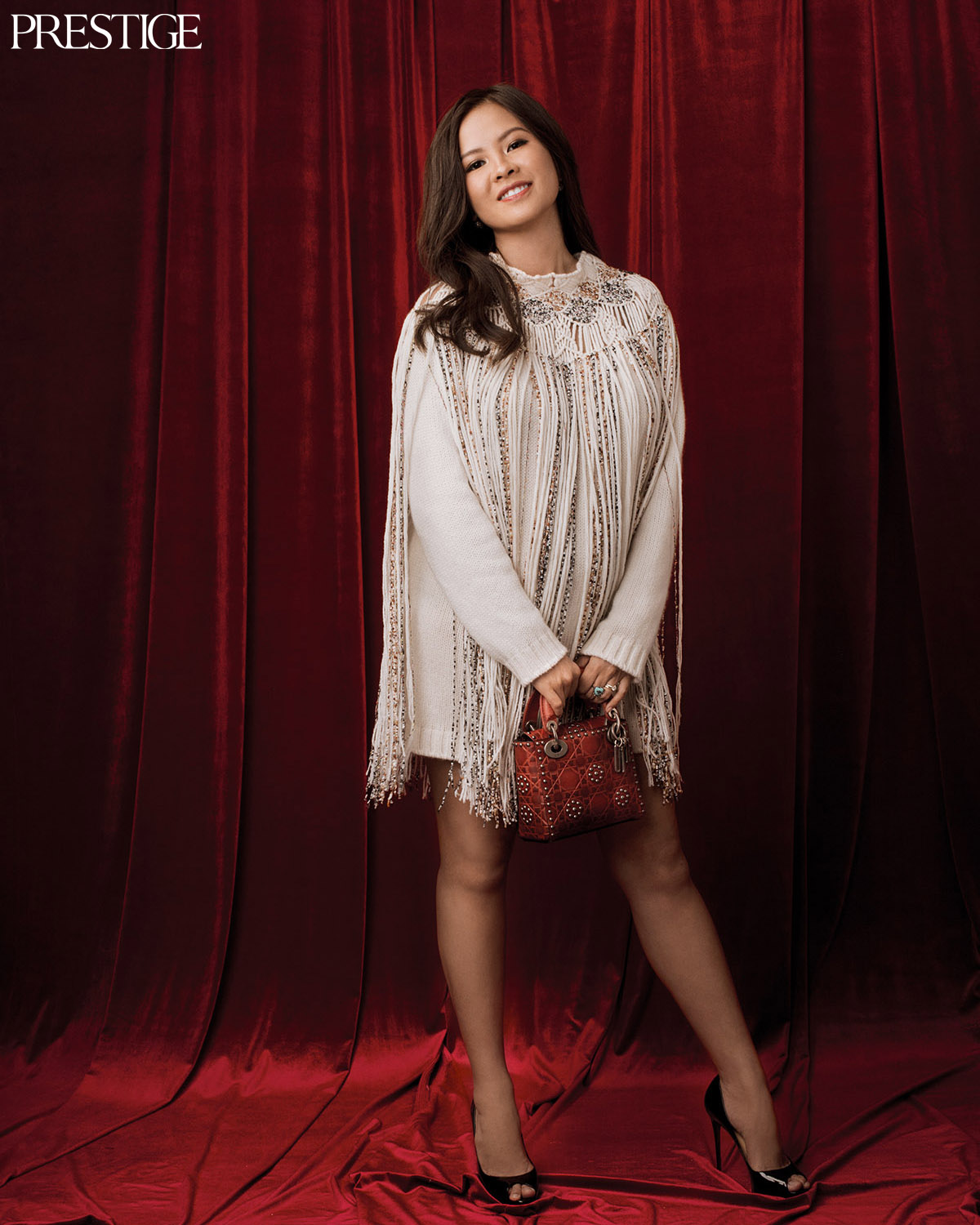 Anandita Makes Adoe believes that women are “the pillars of society”. Says the 27-year-old Chief Financial Officer of Plataran Indonesia, a hospitality group operating boutique hotels and resorts, private cruises, dining and event venues, as well as eco- tourism development areas: “Of course men play a role in the conception and beginning of life. But at the end of the day, it’s women who deliver new humans into the world.

“Whatever we are, we owe our lives to our mothers. For without their sacrifices we would not be here. Furthermore, as important as formal education is, I believe that education starts at home – and as home makers women play a crucial role in that process.”

Anandita has a Double Major Bachelor’s degree in Economics and Applied Psychology from Boston College, and a Master of Management degree with concentration in Finance from Prasetiya Mulya Business School.

“Why did I study for my Master’s degree in Indonesia instead of abroad?” she says. “I wanted to complete it while working full- time for Plataran and running my bakery Passionnee (in Kebayoran Baru). I didn’t want to take a break from work.”

Also visit: Laura Hasjim wants YOU to be a leader!

She gets her values and perspective of life from her parents, especially her mother, Dewi Makes. “I was taught, ‘Put God first and be a blessing to others around you – that’s how you make your life purposeful’. My mother is a career woman and a philanthropist. But most importantly, she is a great mother, a wonderful wife, and the best role model I could ever ask for. I simply aspire to be a woman like her. She remains my greatest inspiration in life because she is able to excel in everything she does.”

Anandita believes that every second of our life is a gift from God. “But that gift comes with a responsibility. We have to use the time given by God as best as we can – through being the best version of ourselves so that we may be useful to our family, our society, and our country.

“I don’t think I’ll be the kind of mother who forces my children to pursue a certain profession, as I have never been brought up that way by my parents. In terms of my children’s future plans, my approach would be: whatever you want to be, be passionate in it and be a good one.

“Sometimes, people have perceptions that women are weaker than men, and that they are more emotional than rational. But you know what? When used appropriately, emotions can be as important and as powerful as logic. My father taught me, ‘You are great when you can enforce discipline in your company, but you are wise when you are able to enforce discipline with a heart.’

“I have been very blessed to be trusted with an important role in Plataran, but it does come with a lot of challenges. A double challenge I can say – for me as a newly-wedded young woman and as the boss’ daughter to prove that I earned this position by merit, not just by privilege. But I’m loving the ride

“I hope and believe that in the years to come, more opportunities, especially leadership opportunities, will be available to women. As great as this is, women must be ready to be able to multi-task more and balance work and family life more. It is a blessing and a challenge to be a woman who’s able to excel as a career woman at work and a homemaker at home.

“When it comes to leadership opportunities, I know some people still prefer men over women for key managerial positions. On top of educating the society regarding this issue, we must also give chances to women. As for women, we have a big challenge, to prove that capability and merit are not defined by gender.

The wage gap between men and women shows that we have challenges in the areas of education. From one aspect, in some areas in Indonesia, women have smaller chances and access to education compared to men. This could play a role in the future jobs they get due to shortcomings in education. From another aspect, society itself must still be educated continuously that gender does not determine a person’s capability to learn, perform, and lead. Any female executive in a company can be as good as a male executive, so why not give her the chance to lead?”

In spite of the barriers women still face, it could be argued that there has never been a better time to be a woman than now. Anandita is certainly optimistic. Considering her own situation, she smiles: “I’m six months pregnant, married to a truly wonderful man, working full-time and happier than ever!”