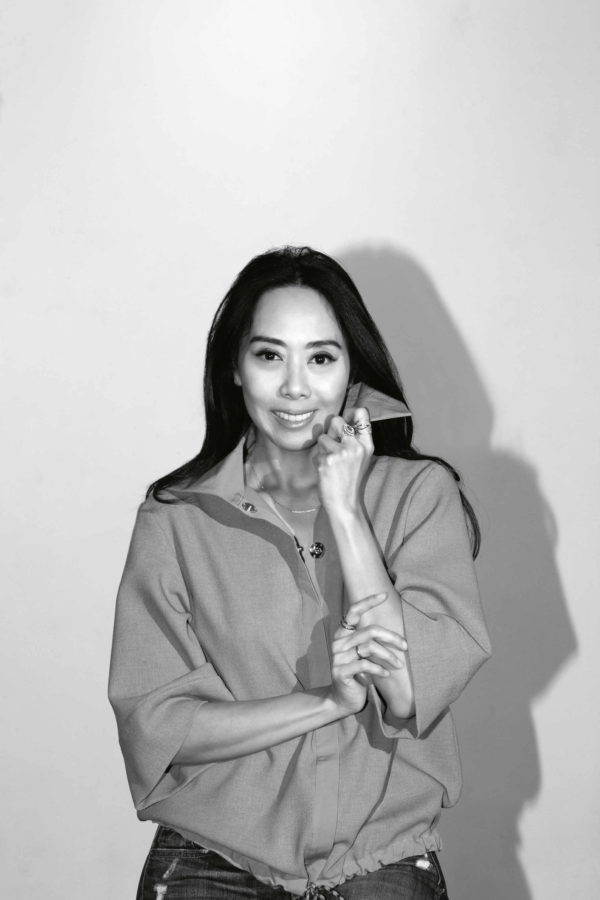 A lot has happened since the last time we talked with Esti Nurjadin. The chairwoman of the Indonesia Heart Foundation (Yayasan Jantung Indonesia) and the owner of D Gallerie in South Jakarta has been quite busy this year. For one, just like many other galleries around the world, her D Gallerie has gone digital with virtual exhibitions. The first virtual exhibition was held in August. The second, titled “ASMR,” was curated by Chabib Duta Hapsoro and featured works by three female artists: Fiametta Gabriela, Kanoko Tanaya and Heewon Oh. The exhibition challenged the idea of Autonomous Sensory Meridian Response, also known as ASMR, which refers to a satisfying experience derived from auditory and visual sensations. This exhibition was also part of the Art Jakarta Virtual 2020 fair event that runs throughout September and October.

As everything relies on digital and social media these days, Nurjadin confessed that it has been a learning process for her. The Indonesia Heart Foundation, where she acts as chairwoman, is also doing more and more health awareness campaigns on social media. The foundation has not stopped its activities and is still promoting the importance of heart disease prevention, especially among youths. “A lot of our programmes are on hold, but in terms of promoting cardiovascular health awareness on social media, we are doing a lot better than last year. Throughout Indonesia even, not just in Jakarta.”

A recent big fundraising event by the foundation was held about a month ago, during World Heart Day to be exact, on September 29. The foundation did a virtual concert featuring singer Bunga Citra Lestari, and every donation that came in was dedicated for children with congenital heart disease. In fact, it has been the main focus of the foundation. Every year the Indonesia Heart Foundation is usually able to help up to 20 children receive life-saving surgery. Unfortunately, only five surgeries were carried out due to the pandemic, as anything that requires physical contact such as screening had to be postponed.

Back in 2018 when Nurjadin was elected chairwoman of the Indonesia Heart Foundation, she told us about her vision and mission of creating awareness of heart disease prevention for youths. It is safe to say that it is happening now – sooner than she expected. There are more and more people using social media and the majority of them are from the younger generations. Aside from doing campaigns on social media, the foundation has also been doing webinars, collaborating with doctors and cardiologists to answer questions and to spread reliable information about COVID-19, as well as campaigning about the importance of keeping a healthy lifestyle for your immune system. In times like this, keeping yourself healthy, both physically and mentally, has never been more imperative.

That is also exactly why Nurjadin and the foundation were eager to do a virtual bike challenge this year. Indonesia Heart Bike is the continuation of Jakarta Heart Bike that the foundation put together in 2019. The programme was held for a month, from October 3 to November 3, and has gained quite the momentum on social media. “Basically, we just wanted people to exercise, whether it’s indoors or outdoors, just to raise awareness that although we are in the middle of pandemic, we still have to exercise, which is especially important for your immunity,” Nurjadin explains. The challenge was to cycle for 150km, 300km, or 600km for the whole month. Proceeds from registration fees would be used to fund the surgery for children with congenital heart disease and also for R&D on rheumatic heart disease. “We see the enthusiasm around biking has increased during lockdown. We see this opportunity to convey the message that in order to promote healthy hearts, one of the things that you have to do is exercise regularly.” 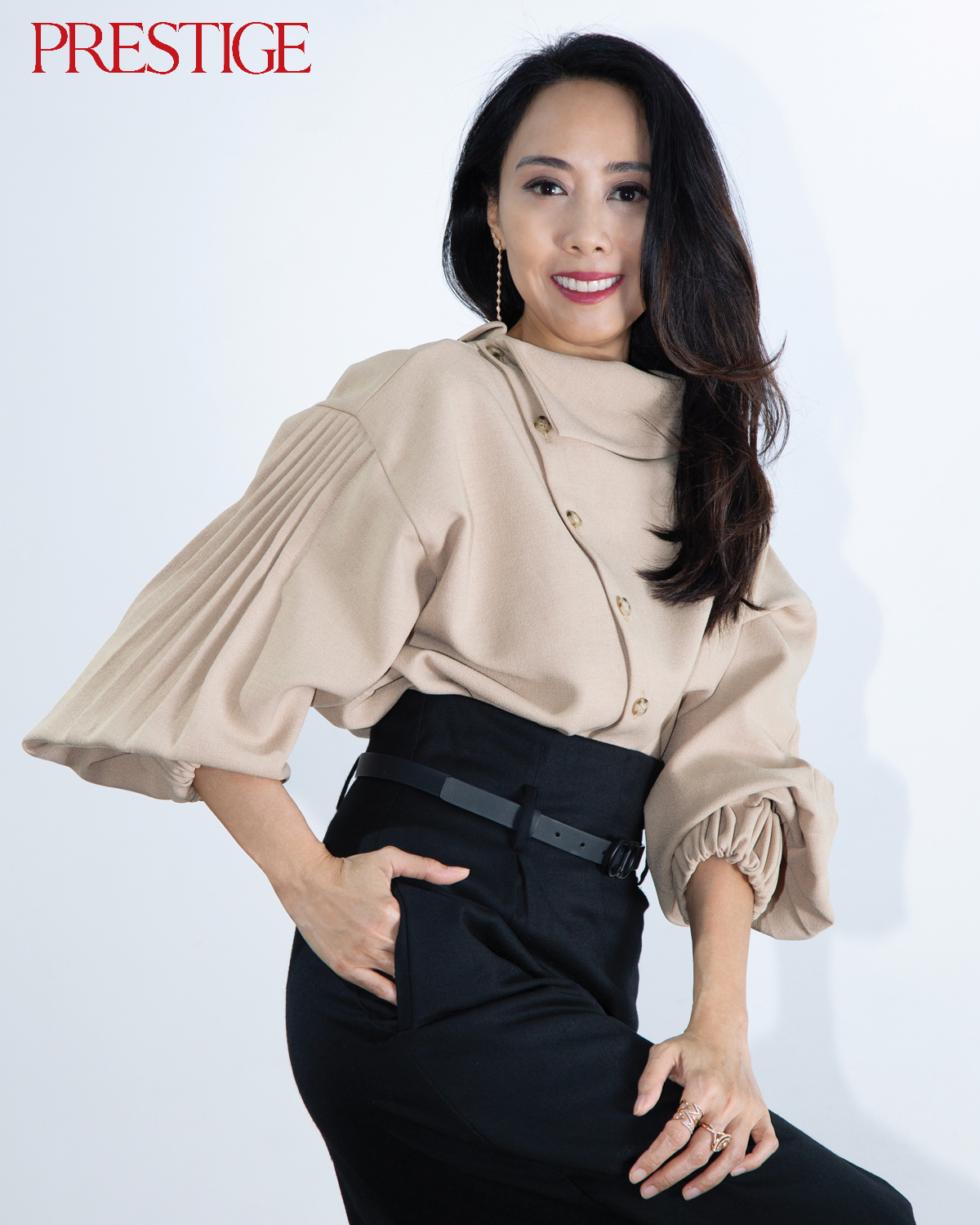 Nurjadin also thinks that they will organise the challenge again in the future, given the enthusiasm they witnessed. “I think we should do it again next year. Initially our intention was to get people to participate while observing social distancing. But then, because it’s virtual, we could do it for the whole country. We are getting a good number of participants from outside of Jakarta; but, again, we want even more participants. I think this year’s numbers are not bad, although the majority are still from the Greater Jakarta area.

We are already aware that people with pre-existing condition are more prone to catching the virus, which is why the foundation has been so rigorously campaigning about the danger and how to prevent catching the virus by keeping a healthy and hygienic lifestyle, “In Indonesia, the heavily affected patients are the ones with kidney problems. The second would be people with cardiovascular disease. And especially if you are a smoker, you are at greater risk of contracting severe illnesses due to COVID-19 than others.”

I think just because you’re home all day, doesn’t necessarily mean you’re available all the time. You just have to learn to say no, prioritise yourself and things that are more important. – Esti Nurjadin

Nurjadin also stresses on how cardiovascular disease can easily attack younger people. In this case, “younger” doesn’t necessarily mean children and teenagers, but also productive age people who don’t actively work out, who sometimes forget that there’s more to life than work and stress, who sleep less than four hours a day and whose diet consists of junk food that’s high in sugar and fat. And also, women. Apparently, cardiovascular disease is a leading cause of death among women, more than cervical and breast cancer combined. Which is why next year, Nurjadin and the foundation are hoping to restart the “Go Red for Women” campaign in order to raise awareness about this issue.

The foundation has also been trying to establish itself as the data centre for cardiovascular disease. To that end, they are working together with Harapan Kita Hospital and Perhimpunan Dokter Spesialis Kardiovaskular Indonesia (PERKI). Since the foundation’s inception 39 years ago, they have treated around 1,800 children, but no one has processed the numbers and data related to all of those cases. So, now, they are trying to digitalise patient data for research and advising the government. The foundation kickstarted the project with screening for rheumatic heart disease, a condition in which the heart valves have been permanently damaged by rheumatic fever. Unfortunately, the pandemic has stopped the project altogether and it has to be put on hold as well.

Work and daily life are seemingly intertwined these days, especially when everything is done digitally from home. For Nurjadin, it has been a big learning curve to prioritise things. In the beginning of the lockdown, she would do virtual meetings for hours every day. And by the fourth month, she was drained. “I think the lockdown has taught me to say no,” Nurjadin points out. “Initially, I would say yes to every meeting, be productive, get things done. I think just because you’re home all day, doesn’t necessarily mean you’re available all the time. For months I’ve been doing meetings for hours each day and I realised it’s really not good for my mental health. You just have to learn to say no, prioritise yourself and things that are more important. Mental health is just as important as physical health.”

Fortunately, Nurjadin has a newfound love for golf and has been getting more exercise almost every day. “Exercising clears my mind and it makes me feel more energised. It is also great for your immunity if you exercise regularly,” she says. “So, that’s what I have been doing to keep myself positive these days. I’ve been doing a lot more exercise and I think in the future, two to three times a week won’t be enough for me. I have to do more!”

She hopes that everything will turn out better next year, although maybe planning for the long term is still quite difficult. Nurjadin also confessed that she missed travelling and missed putting on nice clothes to go out and about, either for work or spending time with her friends. That is certainly a feeling that almost everybody knows all too well now: Being without choice. But let’s hope that, in time, everything will get better.