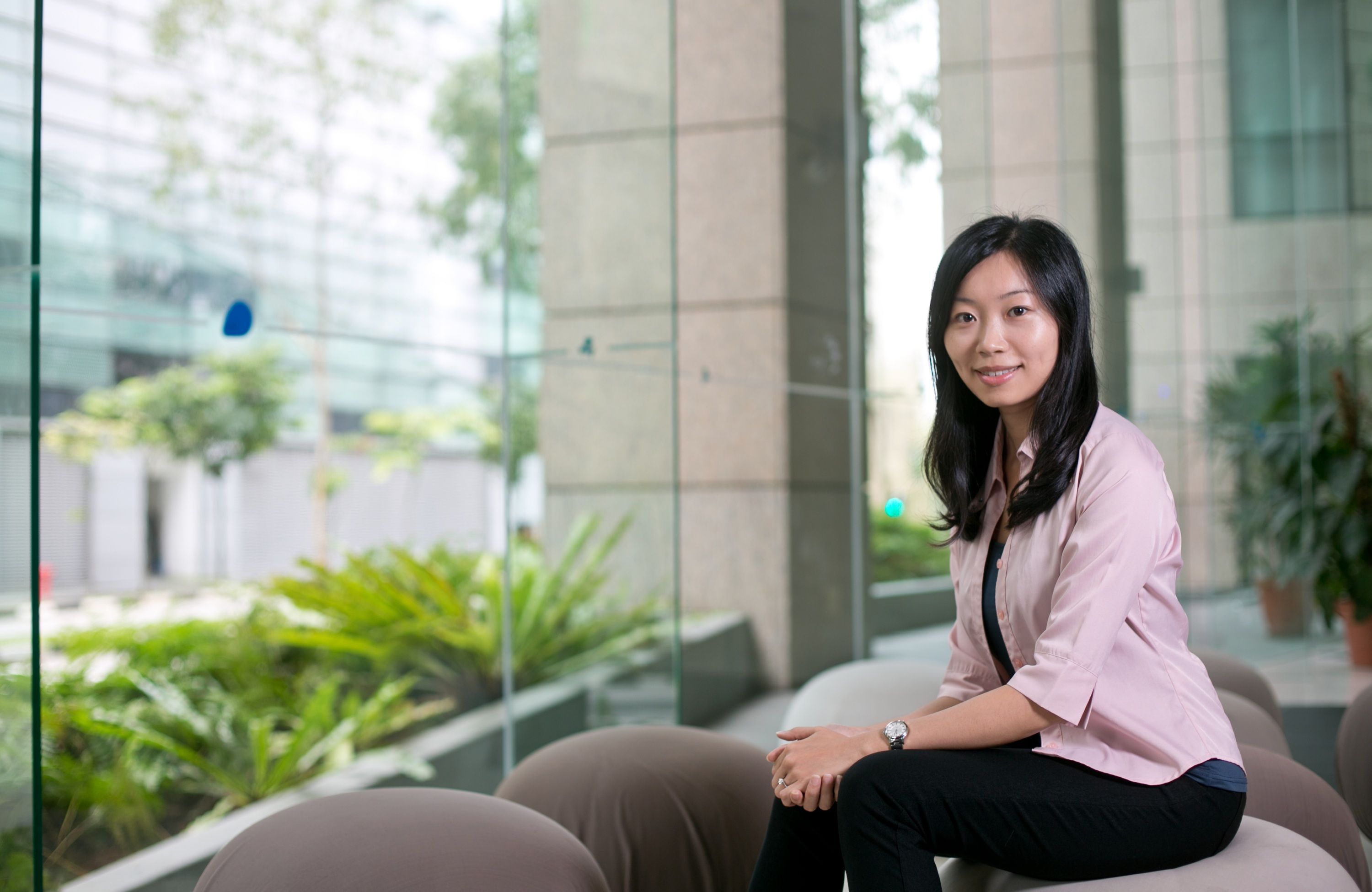 Dr Christine Cheung, who researches at the Laboratory of Molecular and Vascular Medicine at Nanyang Technological University (NTU), is the only woman honouree at this year’s Ten Outstanding Young Persons of Singapore award show organised by the Junior Chamber International Singapore. She’s recognised for serving as a seedbed, promoting biotech knowledge among young people as well as investors.

The founder of Biotech Connection is also perhaps one of only a few local female scientists who’s engaging in commercial work — patenting discoveries, starting biotech companies and serving on scientific advisory boards. But despite being in a male-dominated industry (just look at the gender of most deans at medical schools), Dr Christine Cheung believes more woman are being empowered today to take up leadership roles, mostly by learning how to manage their own expectations.

“Being a woman in science, one of the best pieces of advice I’ve received was that you can achieve everything — but not all at the same time,” says the 34-year-old mother of two-year-old daughter Clare. “There are certain things that need to be done at a certain point of a woman’s life — such as having children. And I wouldn’t say that something has to take priority over another, but it’s important to do one thing at a time.

“So, instead of saying your family sets you back in your career, it’s about taking time away to do something that still fulfils part of your life. And at this point, I can say that I still get to pursue a career that I really love.”

Besides her much-loved job of leading research that aims to find means to restore blood vessel health before adverse outcomes of diseases such as stroke and dementia occur, with the goal of working towards preventive medicine, Dr Christine Cheung also teaches. The assistant professor at NTU is said to take an interest, not only in the subject matter taught at class, but also in students’ personal developments, “because it means more when they progress in their careers.”

The Cambridge postdoc explains, “I want my students to understand personal aspirations. Getting them to reflect so they know their intrinsic interests, and not be confined. It’s so they better know the opportunities and options out there.”

She’s the same with her team of scientists too, offering motherly care — one critique at a time. “In science, giving a critique is like giving positive feedback — it’s meant to help you improve. And I do it in a safe environment for people of different working styles to feel comfortable and be open. It’s teamwork after all.”

Dr Christine Cheung calls her leadership style as “adaptive leadership.” She affirms, “One style doesn’t fit all. Also, being a woman, I am able to empathise more — I always try to have a feel for how my team members would react to the progress of the project. If I put myself in their shoes, I can understand them better and where their source of motivation comes from.

“It’s interesting. While being scientifically trained has brought the rational part of me to the forefront — the logic, backed by hard data — on the other hand, is this ability to be empowered by soft skills coupled with the teachings, passed down across generations, that guide my principles in doing things.”

This balance of rational-emotional thinking, mostly seen in women, has been known to add better dimensions to planning and moving businesses ahead, supporting the fact that there are benefits of having women representation on the lab-bench to the boardroom and beyond. But does this representation truly matter? It does. An example was a male-monopolised Science, Technology, Engineering, and Mathematics (STEM) industry in the past that has caused women to be killed by first-generation car airbags because those in charge didn’t anticipate that breasts could push airbags up towards the neck.

But Dr Christine Cheung doesn’t seem as worried about the gender gap, which is tapering anyway, as much as she is concerned about the gene gap when it comes to systematic, broad-based and unbiased scientific research. “Asian phenotype — that is an area that warrants investments and [we hope to] galvanise researchers to go into that. Having incentives for scientists to work on this kind of disease area that plague this region could be useful.”

In response to both gaps, the vascular biologist concludes, “I guess in time, we need to realise that it isn’t going to happen by faith or by chance, but we, as a society, need to be proactive in reaching our goals.”

Dr Christine Cheung answers: What are your secrets to success at such a young age?

1. Never think that you have succeeded

“Therefore, you’ll still be able to achieve more, for the purpose that powers you through: Serving humanity.”

2. Problems are opportunities to learn

“Problems make people more resilient — see them as opportunities to learn, to evolve, and as a tool to make better solutions.”

“This value gives you greater sustainability to what you’re doing.”