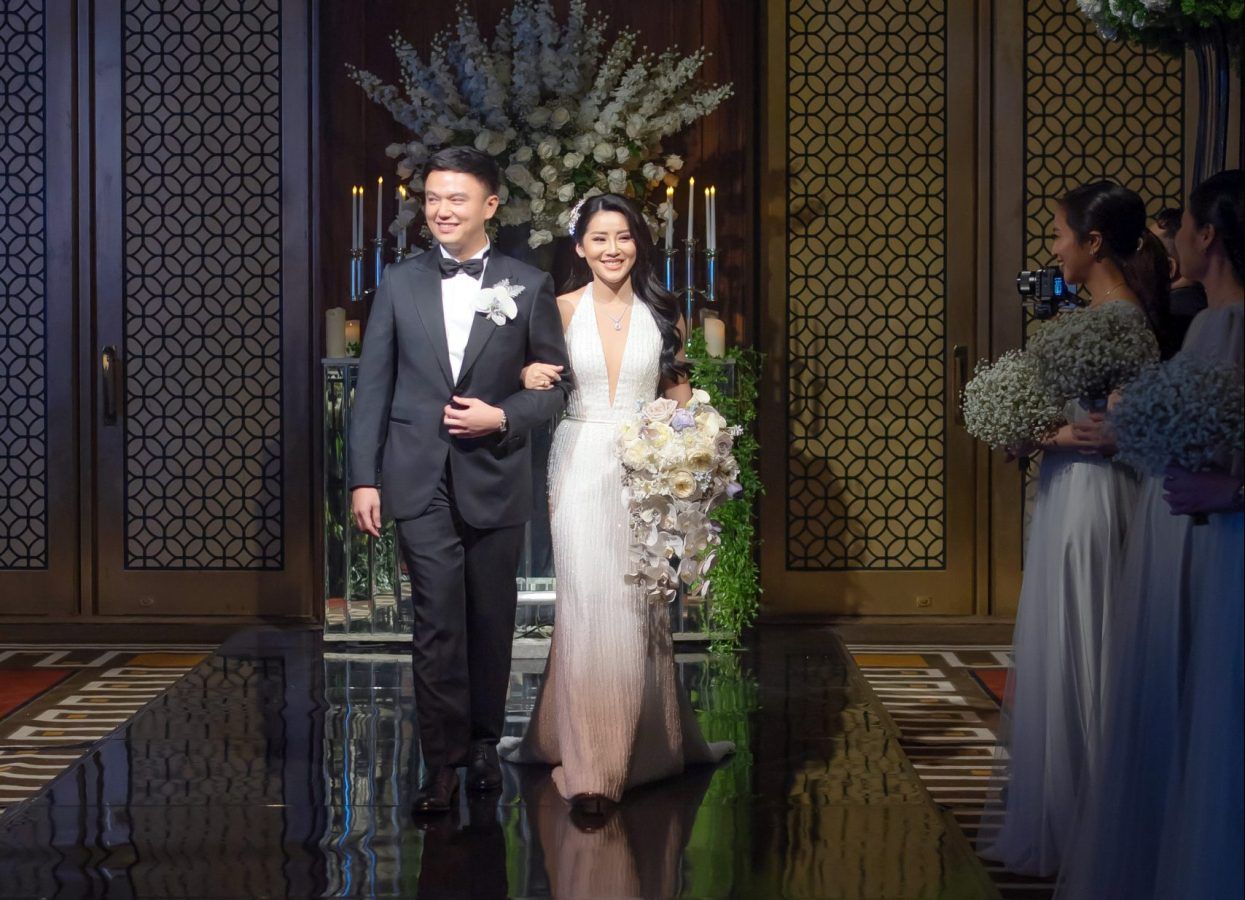 Nearly two years after it was first incepted, the Dream Wedding initiative has been concluded. This is the story of dr. Wisvici Yosua and dr. Yohana Trisya’s enchanting journey of love

It all started way back in 2020. As the true extent of the COVID-19 pandemic became apparent, an idea started brewing: To celebrate some of the nation’s healthcare professionals working non-stop on the front lines of this crisis, but in a unique and meaningful way. So, Four Seasons Hotel Jakarta teamed up with Time International and Prestige Indonesia to establish the Dream Wedding initiative.

In August that year, registration for the project was opened and submissions started pouring in. Then, on November 18, a winning couple was chosen: Yohana Trisya Anggraeni and Wisvici Yosua Samin. From that day on, their dream wedding started taking shape. To that end, the project’s initiators and selected vendors pulled out all the stops to gift them a literal dream wedding.

To recap a bit, Four Seasons Hotel Jakarta, obviously presented the venue, both for the grand reception that took place on July 17, 2022, and the blessing ceremony that happened earlier in February. Time International, meanwhile, arranged for the bride’s jewellery – in this case from Cartier – as well as the suit for the groom and his best men – which was courtesy of Zegna. Meanwhile, the bride’s wedding dress, which is always a focal point in any wedding, was crafted by none other than Hian Tjen.

Speaking of the venue, Four Seasons Hotel Jakarta’s grand ballroom was transformed into the couple’s dream scene by Nefi Décor with the help of Lumens which provided the lighting setup. A team from The Leonardi, meanwhile, were on hand to ensure that the wedding is properly documented for posterity. Actually, The Leonardi also arranged for Vici and Yohana’s similarly amazing pre-wedding photoshoot. 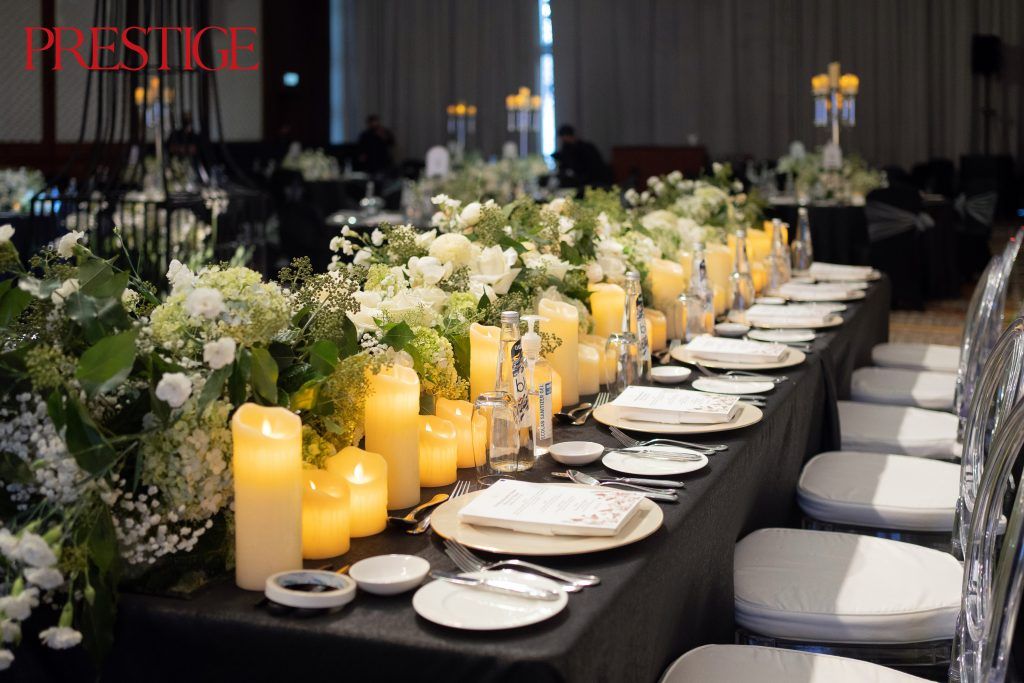 As anyone who has been involved in a wedding can attest to, making sure that the proceedings run smoothly is both a delicate art and a near-impossible feat. But the impossible was achieved thanks to Kenisha Wedding Organizer, a proven veteran in the realm of weddings and events. It certainly helped as well that the master of ceremonies that evening was the one and only Daniel Mananta.

So, on that fateful Sunday at around 6PM, Vici and Yohana made their grand entrance at their dream venue. A speech by the couple signalled the start of the celebrations, after which a video chronicling their journey was shown to the invited guests. This was then followed by the couple’s dance to the accompaniment of music by famed composer Andi Rianto and Magenta Orchestra. 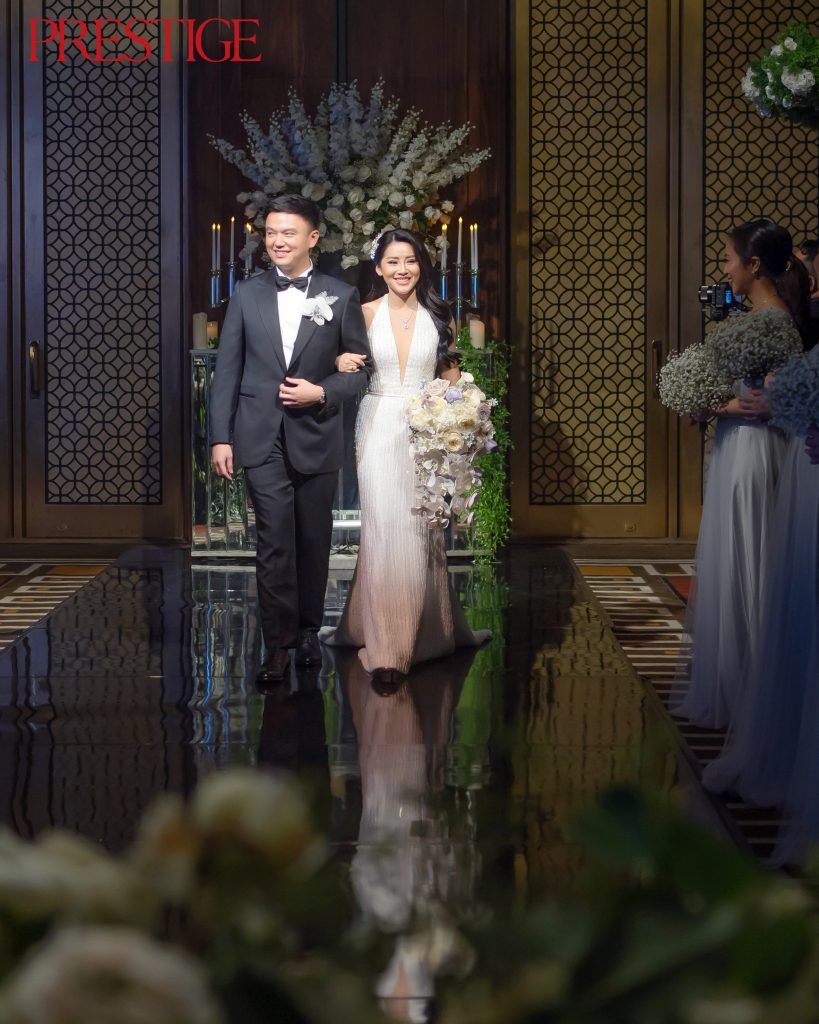 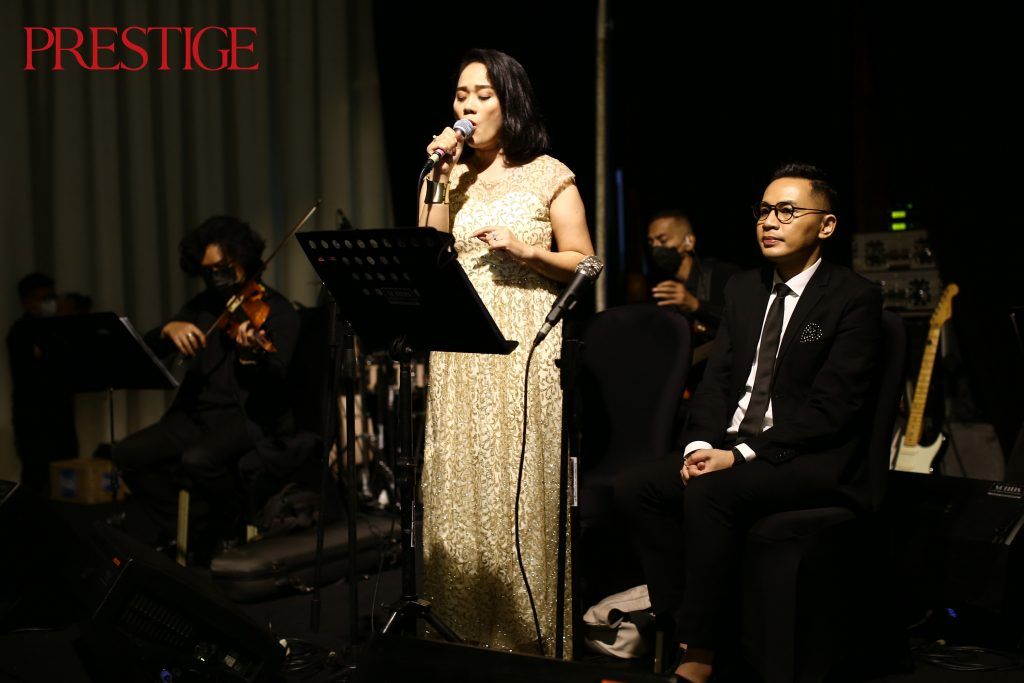 After the requisite toast, dinner was then served. The menu for the reception was tailor-made by Four Seasons Hotel Jakarta’s Executive Chef Marco Violano. Following the meal, the couple came forward once again for the customary cutting of the cake. As with many of the other highlights of the reception, the cake was also anything but ordinary, being a creation of Le Novelle Cake in a stunning design featuring plenty of florals to match the venue’s décor. 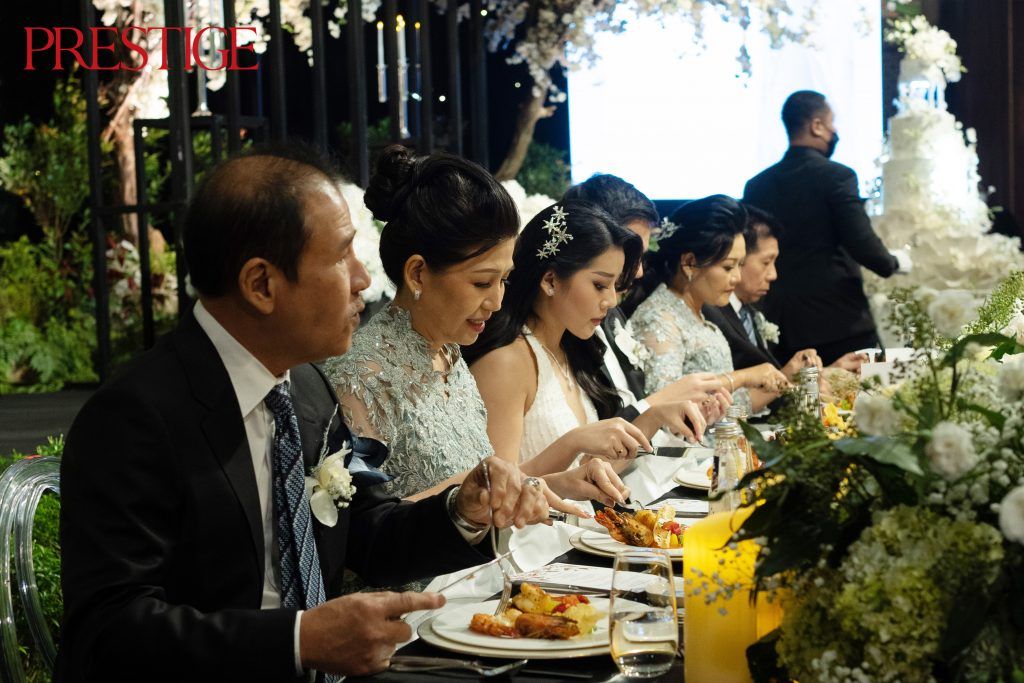 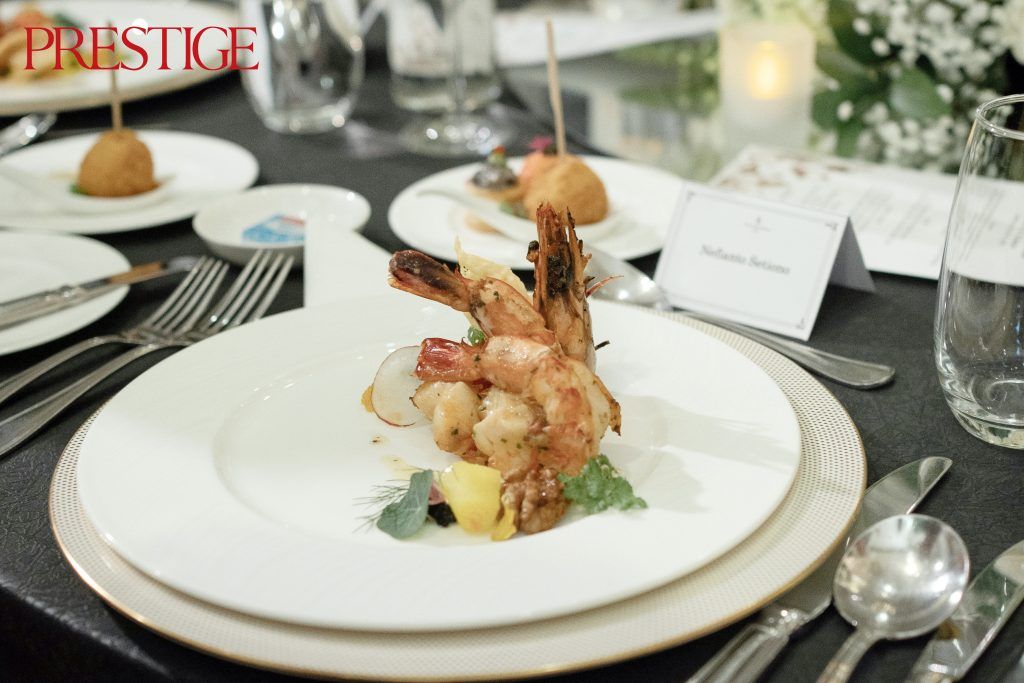 The celebration then continued with music – including a notable performance by Andi Rianto who, during the earlier procession only played the piano but now opted to sing – as well as photo sessions, and then an afterparty that went well into the night. It was, in short, a celebration to remember. dr. Vici and dr. Yohana certainly went through and endured a lot in the past couple of years to make this dream wedding come true, to say nothing of their struggles at work – which is the very reason why they were so deserving of this gift. But in the end, their journey of love persevered, punctuated by a dream wedding ceremony and a dream wedding reception. 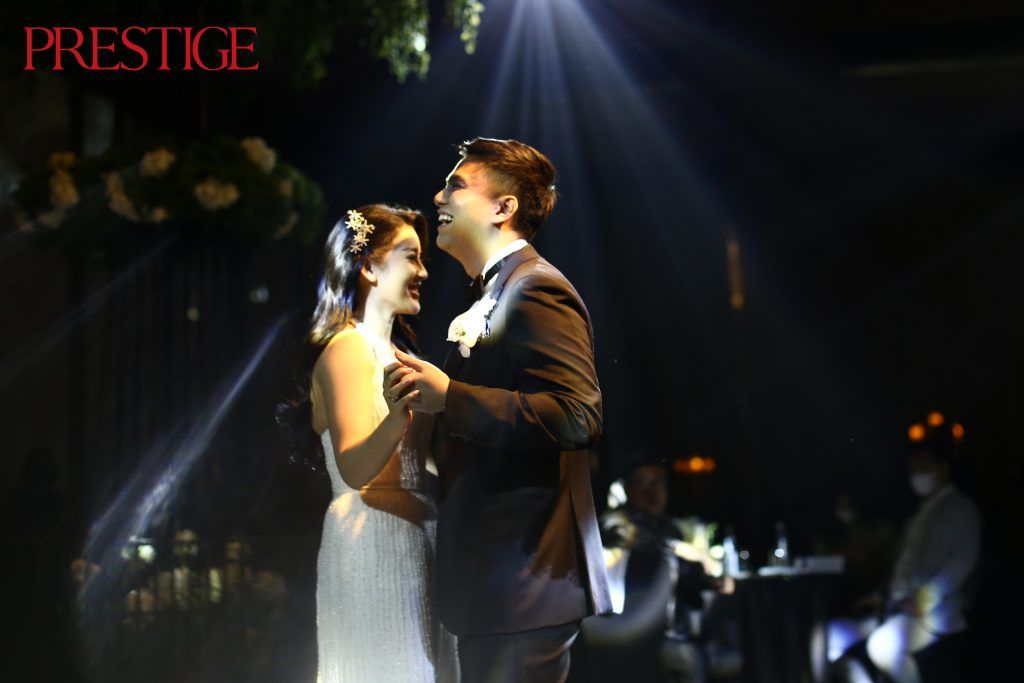 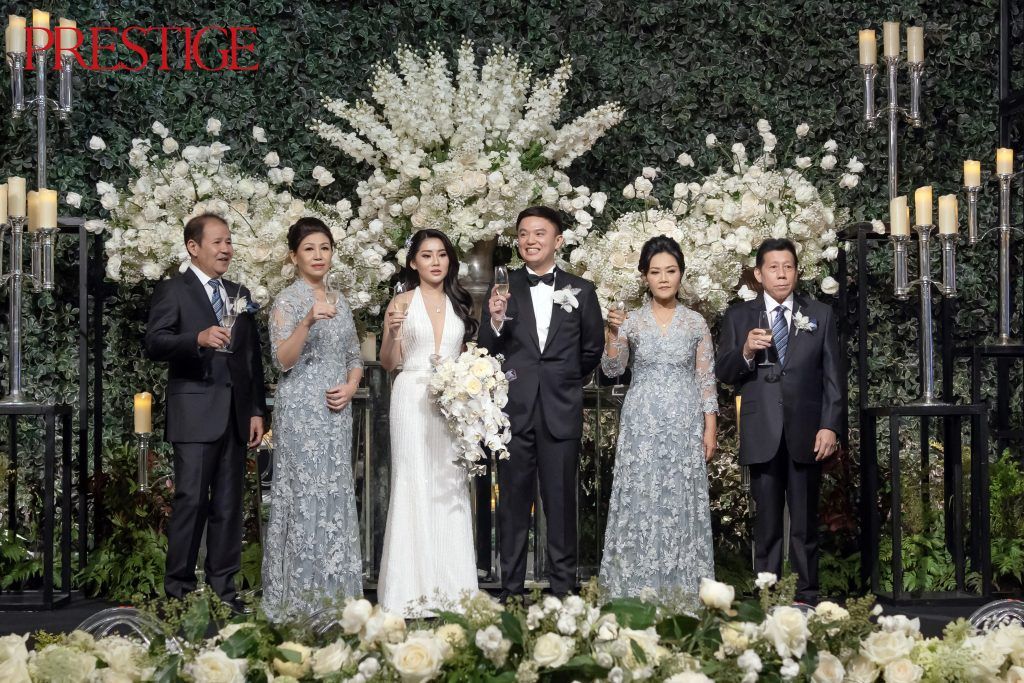 Now that the Dream Wedding initiative has reached its conclusion, a new chapter in their journey begins. It goes without saying that the projects initiators and all the vendors who lent their services along with Prestige Indonesia who has chronicled their journey so far, wish them all the joy in the world.