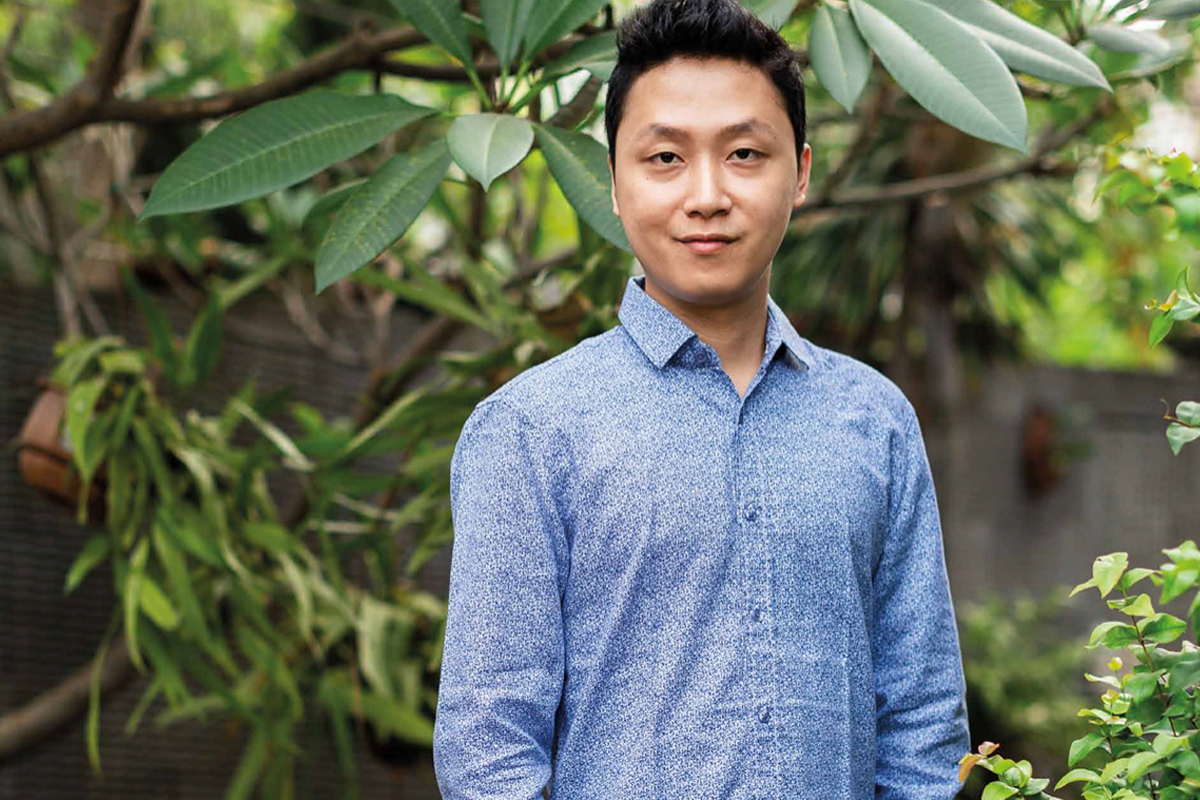 “Our mission is to create innovative solutions from seaweed to solve the plastic waste issue while increasing the livelihood of Indonesia’s seaweed farmers,” Evoware co-founder David Christian tells Handayani Tanuwijaya.

Last October, local start-up Evoware has lifted up Indonesians’ hope for a greener future by winning the Circular Design Challenge in Malta. The international competition was organised by The New Plastics Economy –an initiative led by Ellen MacArthur Foundation that rethinks and redesigns the future of plastics to eliminate plastic waste. The challenge aims to drive the development of new packaging formats or delivery models that can be alternatives to conventional plastic packaging. The two-year-old company Evoware was the only Asian participant and competed with more than 600 innovators from over 60 countries. They were among the six winners and won the Redesigning Sachet category.

Their seaweed-based packaging –which is biodegradable and chemical-free, can be dissolved in warm water, and has a two-year shelf life without preservatives –had also successfully caught the attention. Previously, they have won Idea Category on Social Venture Challenge Asia 2017. The name of Evoware might not sound familiar, but probably most people heard of Ello Jello –colourful edible cup made of seaweed. Launched in April 2016, Ello Jello is the first product by Evoware founded by then 23-year-old David Christian. He along with other four founders share the same goals: to be the eco-solution provided for plastic waste problems. “The idea came up when I was back in Indonesia in 2015 after living in Vancouver for four years,” says Christian who studied International Business at Canadian College.

“I realised Jakarta’s air pollution was harmful, it affected my health. One of the many reasons is because plastic waste not only pollutes our oceans but air and soils as well. In the same year, US plastics researcher Jenna Jambeck declared that Indonesia was the world’s second-largest contributor of plastic waste to the oceans. It was one of the turning points. “There is a growing presence of microplastics in the oceans and contaminate the marine biota, especially the fish because we consume it. Microplastics have hazardous effects on humans, one of them can cause cancer. We have to change the way we use plastic and we have to start it now.

Young, passionate and visionary, Christian came with an idea to create a product that is biodegradable, plastic-free with a fun design. “If you want to educate people about serious issues, you have to deliver it in a fun way,” he adds. He then met his partners: Edwin Aldrin with a financial background, Noryawati Mulyono who is a Doctor in biotechnology, Benyamin Gunawan with large-scale production scale experience and Surianto, an engineering designer. “Our mission is to create innovative solutions from seaweed to solve the plastic waste issue while increasing the livelihood of Indonesia’s seaweed farmers,” he continues.

Also visit: The reason why Hamish Daud got into the entertainment world. It has something to do with the ocean, find out.

“We are aware that more than 70 percent  area of Indonesia is water and we are the largest seaweed producer. But most of the seaweed farmers are live in poverty due to a long marketing chain and loan sharks. We’re partnering with seaweed farmers association in Makassar named Jasuda, consisting 1,200 farmers. We teach them how to produce high-quality seaweed. With that, they’ll keep the oceans clean because it will affect to the seaweed’s quality. Now, we can pay them 178 percent higher.“Ello Jello was born because we want to educate people about plastic waste problems in a fun way. That’s why this single-use cup is safe to consume and come in four flavours: orange, lychee, peppermint and green tea.

We aim it to be used at weddings or birthday parties.”Last September, Evoware launched its latest innovation –seaweed-based packaging that is 100 percent biodegradable and works as a natural plant fertilizer. It is halal and safety guarantee certified. “The patent has been granted and it is the only seaweed-based packaging in the world at the moment,” he adds. “The product is suitable for small-format food sachets and wraps, such as instant noodle seasoning, cereal, single serving coffee powder and the complements, rice wrap and burger wrap.

“Our biggest challenge is changing people’s mindset, especially in Indonesia. Currently, more than 80 percent of our clients are from Europe and America because they are more aware and concerned about environmental issues. Yes, the price of seaweed-based packaging may be more expensive than plastics, but comparing to the amount of money the government has to pay to clean plastic waste –it’s nothing. We have to think about the long-term solution for this issue because otherwise, there will be more plastic than fish in the sea by 2050.”