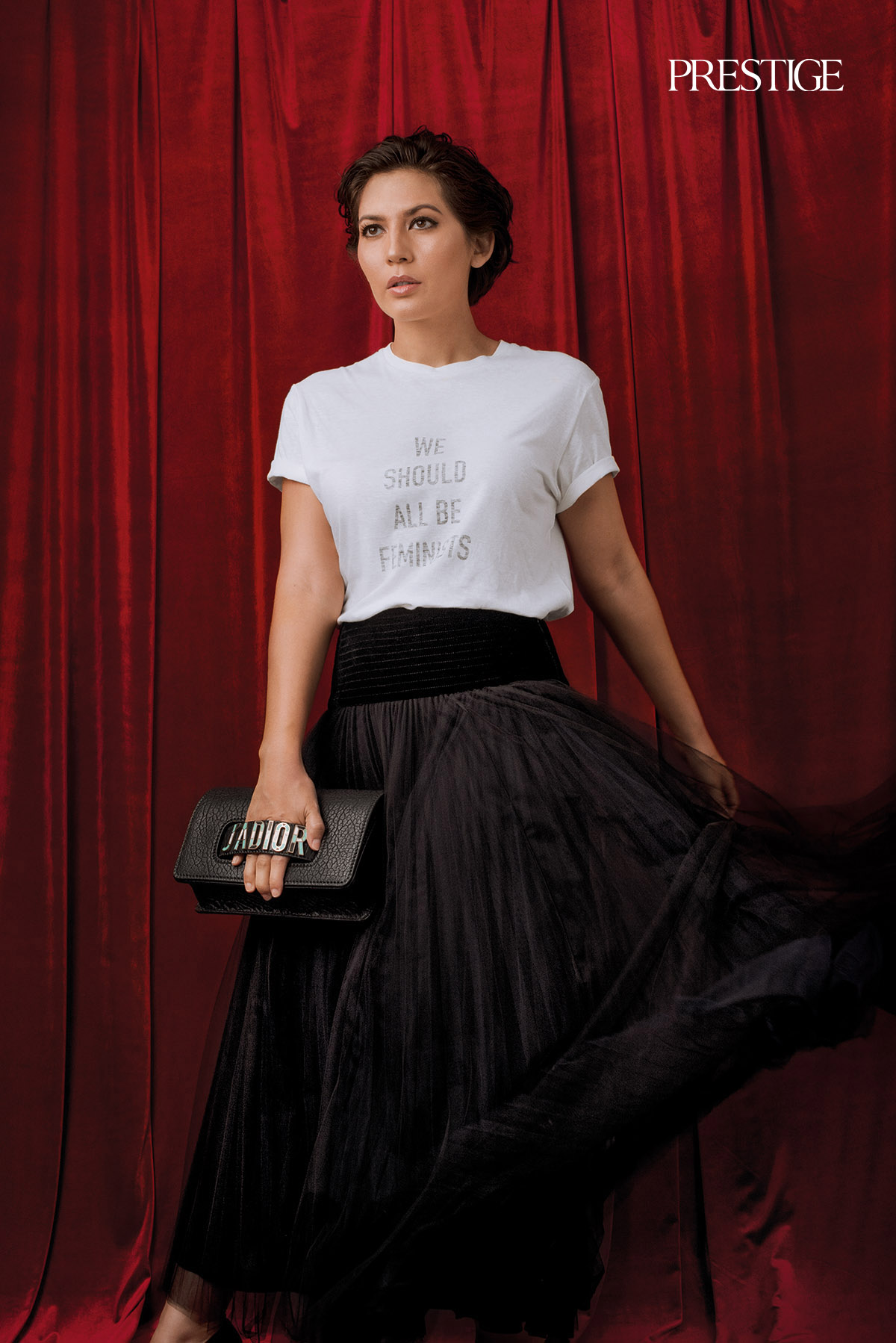 Every two hours, three women experience sexual violence in Indonesia, according to the National Commission on Violence against Women. Declares Hannah Al Rashid, actress and activist for gender equality: “It’s a huge issue here, but people don’t want to talk about it”

Hannah Al Rashid is a talented movie star with 129,000 followers on Instagram. She could spend her free time simply living the high life. Instead, she has become an activist, a UN Indonesia SDG mover for Gender Equality.

Last year, the star of Warkop DKI Reborn: Jangkrik Boss! was prominent among the sea of faces in the inaugural Women’s March Jakarta. She carried a placard stating: “Anyone who says feminism is not suitable for Indonesian culture, say that to Cut Nyak Dhien, Kartini and Martha Christina Tiahahu”, referring to three national female heroes.

“It was one of the most amazing experiences I’ve ever had,” she says of taking part in the march. “For me, it’s important to march and to show that finally women have a presence and a voice. And when we’re doing it together, it becomes louder and louder. Sometimes, if we feel we don’t have a voice individually, at least we have one collectively. And that’s the main idea of the march. I will definitely join it again this year. We’re going to focus on the issue of violence against women.”

Born and raised in London, Hannah says her “girl power awakening” came about when she saw the Spice Girls on TV. She studied Indonesian and Development Studies at the School of Oriental and African Studies, before moving to Jakarta in 2008.

Hannah became an actress and TV presenter. She has appeared in many movies, including Modus Anomali, Comic 8: Casino Kings and Bulan Terbelah di Langit Amerika. Her latest role is in The Night Comes for Us, produced by Gareth Evans and Timo Tjahjanto.

“When I moved here, I experienced much discrimination,” says Hannah, who was nominated for Best Actress at the Indonesian Box Office Movie Awards 2017 for her role in Warkop. “One of the common examples is street harassment, such as catcalling. It happens almost every single day. I think most women in Jakarta feel the same thing. I have been groped on the street.”

For Hannah, who rose to fame when she appeared in Joko Anwar’s Modus Anomali, the biggest women’s issue in Indonesia is violence: “It’s a huge issue, but people don’t want to talk about it, and that’s why we have let it go on for so long without a solution.”

According to the National Commission on Violence Against Women, every two hours, three women experience sexual violence in Indonesia. “Their recent survey found that 93 percent of rape victims failed to file an official report with the police,” says Hannah. “Women stay quiet for the main reason of aib (shame). Even worse, Indonesia’s justice system doesn’t protect women. From what I see, violence is somehow normalised here, and it starts with verbal harassment like catcalling.

“The solution lies in women speaking up. If it’s not for your own therapy to overcome a traumatic experience, it’s to educate people – your own family, but also men. So, they know what it feels like to be a victim of violence. Hopefully you are striking something within

their heart and soul. Violence is universal. It knows no one religion, culture or economic system. But there are specific norms within our society that allow violence to carry on to an alarming extent.”

Hannah thinks the #MeToo and Time’s Up movements are relevant in Indonesia.“Because we are still a developing country, a lot of people say we should be more concerned about the economy or education. But it’s time to speak up. When something bad happens, speak up.

“We have to engage men in this discussion. It cannot just women constantly shouting, fighting and being angry about this. Men have to be angry too. But don’t get mad just if it happens to your sister or your mother. Get mad because it happens to anyone.

“I think this country is going in a very dangerous direction, politically and culturally. I hope the next generation will understand that in order to achieve greatness, you have to go through obstacles. It’s so much better to fight for justice. That’s so much honourable than staying quiet. Don’t be swayed by the current political climate that’s trying to divide us.

“Fight for something real. Women being beaten by their husbands is real. Children being molested by pedophiles is real. And women experiencing sexual harassment on a daily basis is real.”