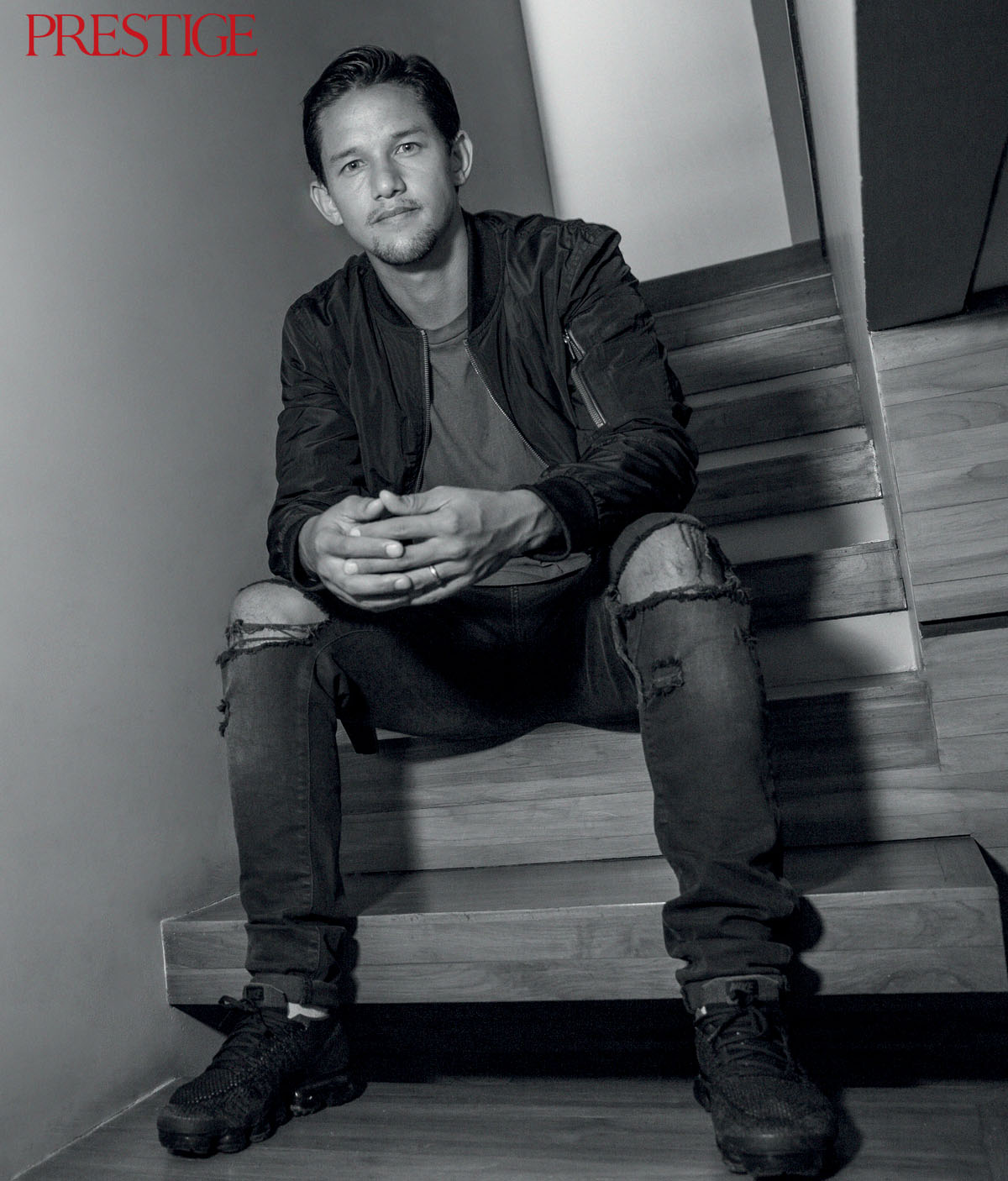 In 1995, Irfan Bachdim’s favourite football team, Ajax of Amsterdam, beat Milan 1-0 in the European Champions League final. “That was the day I knew I wanted to be a football player, and bring the people joy and happiness,” says Bachdim, who now plays for Bali United.

His main position is as a forward, but he can also operate as a winger. Bachdim has made 32 appearances for the Indonesian national team, scoring 11 goals, and he has just extended his club contract for another three years. He is known for appearing in many product advertisements, including Pocari Sweat, Suzuki and Nike, and his good looks as well as his skills on the pitch have made him massively popular here, particularly among female fans.

Born in Amsterdam on August 11, 1988, to Noval Bachdim, a former Indonesian footballer of Arab-Indonesian descent, and Hester van Dijk, who is Dutch, Bachdim was only six years old when Patrick Kluivert struck the 85th-minute winner in Vienna. But his memories of that great night are vivid.

“I watched it live on TV,” he recalls. “After the game, my dad and I ran outside the house, and the whole city was celebrating. We drove around in the car with Ajax flags sticking out of the windows, loud music and singing Ajax songs.”

Bachdim’s talent showed up early. “As a young boy I was always very active, so sometimes I drove my parents and siblings crazy,” he laughs. “The medicine they gave me was a football. My parents raised me really well. Even though I was not an easy boy to control, they loved me and taught me a lot, especially to have respect, follow my dreams and never give up.

“I started to play football when I was only four years old. When I was 10, I was playing in the academy of Ajax. I played there for two years. At age 15, I was playing for the academy of Utrecht. I was 18 when I signed my first professional contract. After Utrecht, I played for Haarlem. That was my last club in Holland and then I moved to Indonesia – with the dream to play for the national side.”

His dream fulfilled, this footballer’s life is full of joy and happiness. “My day is always great,” he smiles. “I wake up next to a beautiful wife (model Jennifer Kurniawan) and with my two lovely kids. I go for training in the morning and in the afternoon I pick up the kids. And then we enjoy the rest of the day together.

“To have the support of my wife and kids is the best feeling in the world. The sacrifices they make for me mean a lot. Always following me where I go, but still having the support from them means the world to me, and shows how
amazing my wife is.”