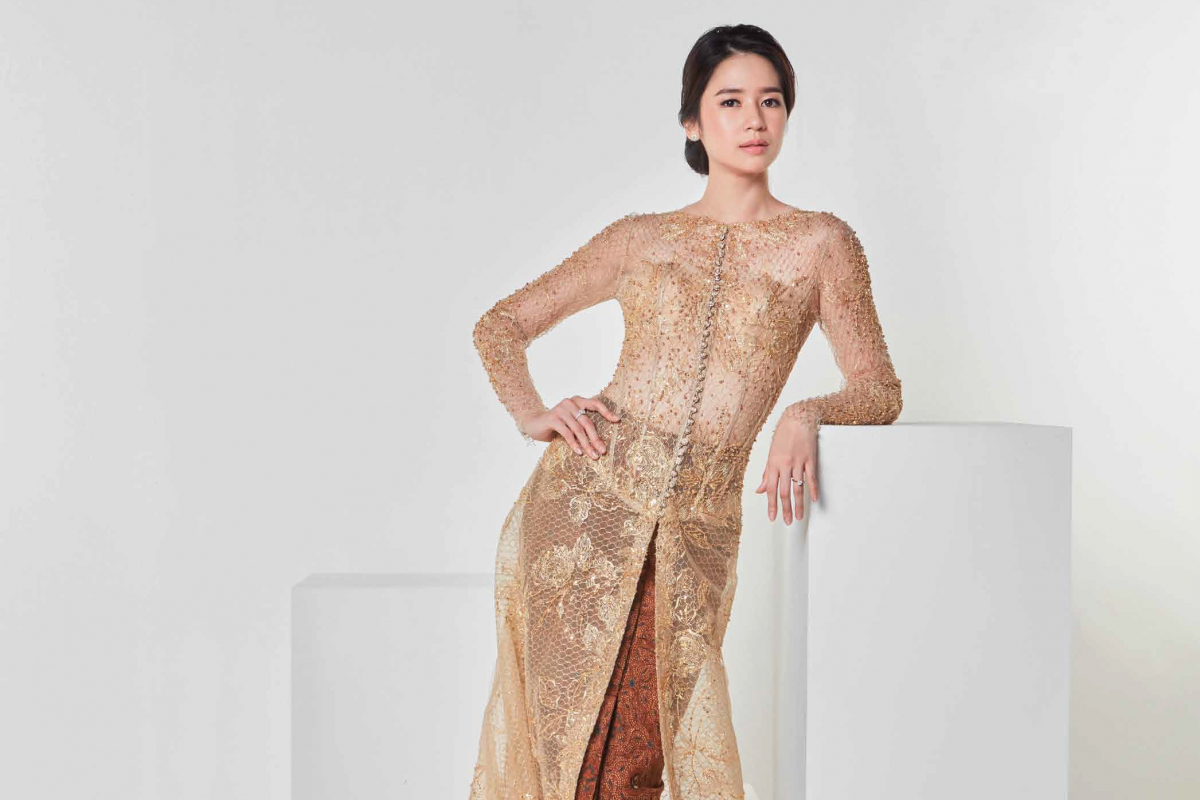 Laura Basuki and Her Fascination with Eddy Betty, the Master of Indonesian Haute Couture.

People & Events
Laura Basuki and Her Fascination with Eddy Betty, the Master of Indonesian Haute Couture.
Share
Next article

Laura Basuki enters the studio calmly and quietly, but everybody notices her straight away. The 30 year-old actress’s serenity and her motherly personality might be surprising, as she is now preparing for a physically demanding part in a film that will premiere next year.

She has taken the lead role of Susi Susanti, the badminton legend, in Terbang Menembus Langit. Laura’s co-star, Dion Wiyoko, will play Alan Budikusuma, Susi’s husband. The actress tells us she is practising her badminton strokes and working out to develop her strength for the tough role.

The wife of entrepreneur Leo Sandjaja and mother of 2-year-old Owen Sandjaja was a teenager when she began her career as a model, which is how she met Eddy Betty, master of haute couture. “I was 19 when I first joined the casting for his fashion show,” Laura recalls. “I was nervous because he was so famous. But when he saw me, he said: ‘Oh my God, you have to join my fashion show.’ And that’s how it all started for me.”

Talking about becoming Eddy Betty’s muse, Laura can’t hide her joy. “Of course, I was very happy about it. It wasn’t long before we were friends, texting each other about things going on in our lives like where we had spent Eid-Al-Fitr. Suddenly, he asked me to do a photo shoot wearing his dresses and I said: ‘Why not? Let’s do it’. It’s still exciting to work with him, even though I’ve done a lot of fashion shows. There are a lot of good memories with Eddy.”

Eddy Betty smiled widely while sharing his thoughts about Laura “I knew her since she was very young. She is a multitalented, smart and independent woman. Her personality is just amazing and inspiring.”

Also visit: Jessie Setiono is Proud to Be an Indonesian When She Wears Didiet Maulana’s Delicate Masterpieces

Laura says her first impression of Betty’s creativity were unforgettable “When I first saw his designs, I thought they were luxurious. I also thought they were sexy, yet innocent For me, when Eddy puts on a fashion show, it’s a must-see because he makes so many innovations and has so many surprises in his collections – the concept and even the stage design.

“Since he knows me really well, he understands what dresses suit me perfectly, and I really trust him. Every time he dresses me up, the result is fantastic. When I was presented with the Piala Citra FFI Award in 2010, I wore one of Eddy’s gowns. Everybody who was there said the dress was beautiful. I love today’s photo shoot wearing the Kinasih Collection. It feels elegant. I don’t have to wear too much makeup, and it’s already gorgeous.”

Laura’s favourite Eddy Betty creation is her magnificent wedding dress. “I asked Eddy to make me a kebaya for the service of holy matrimony in the church,” she says. “I trusted him 100 percent on the design. When the fitting day came, I burst into tears because it was very lovely. It’s the most beautiful dress I’ve ever had.”

When she was growing up, Laura learned about the richness of Indonesia’s ethnic fabrics. “When I was very young, I just wanted to wear a good dress. I didn’t really care about the ethnic fabrics at that time,” she admits. “But as time went on, I realised how Indonesia has many tribes and cultures. Every city has its own take on design, its own uniqueness.

“As we know, Sumba is now a popular destination. For me, the heritage of its creations is very pure and honest. I would say we are lucky to have a have a high taste of art. Indonesians can be proud of their batik, tenun, songket and many more. They make it wholeheartedly, so that we can feel the passion of the designers and the craftsmen when we wear it. When I attend a film premiere or an awards night. I want to wear an Indonesian designer dress. I want to wear it because it’s different, unique.”

Laura has a high opinion of today’s Indonesian fashion scene. “As we can see, many designers are launching their own ethnic collections,” she says. “I hope this trend continues. When we wear ethnic fabrics, we help the people who make the fabrics have a better life. We make them feel more appreciated. In the future, I hope I can still walk in Eddy’s runway shows. I hope to help him to become a leader in the fashion industry, someone everyone looks up to.”

Pursuits
By Manas Sen Gupta
Sign up to get the latest luxury and lifestyle news delivered to your inbox.
Liviani Putri